Morehshin Allahyari is a new media artist, art activist, educator, and occasional curator. In many of her recent projects, she makes intensive use of 3D printing, which she sees as the heart of the “Additivism” approach. Here, the 3D printer is seen as a metaphor for our times and considered a “tool for art, design and engineering, and gesturing towards a forthcoming era of synthetic chemistry and biological augmentation, 3D fabrication technologies are already a site of common exchange between disciplines and forms of materiality.”

The Additivist Manifesto and the upcoming Additivist Cookbook are some of the projects that Morehshin is involved in to push the boundaries of what is possible with 3D printing. In line with this approach, her latest project, the still in-progress Material Speculation series, uses digital fabrication and 3D printing to inspect the petropolitical and poetic relationships between 3D Printing, Plastic, Oil, Technocapitalism, and Jihad. 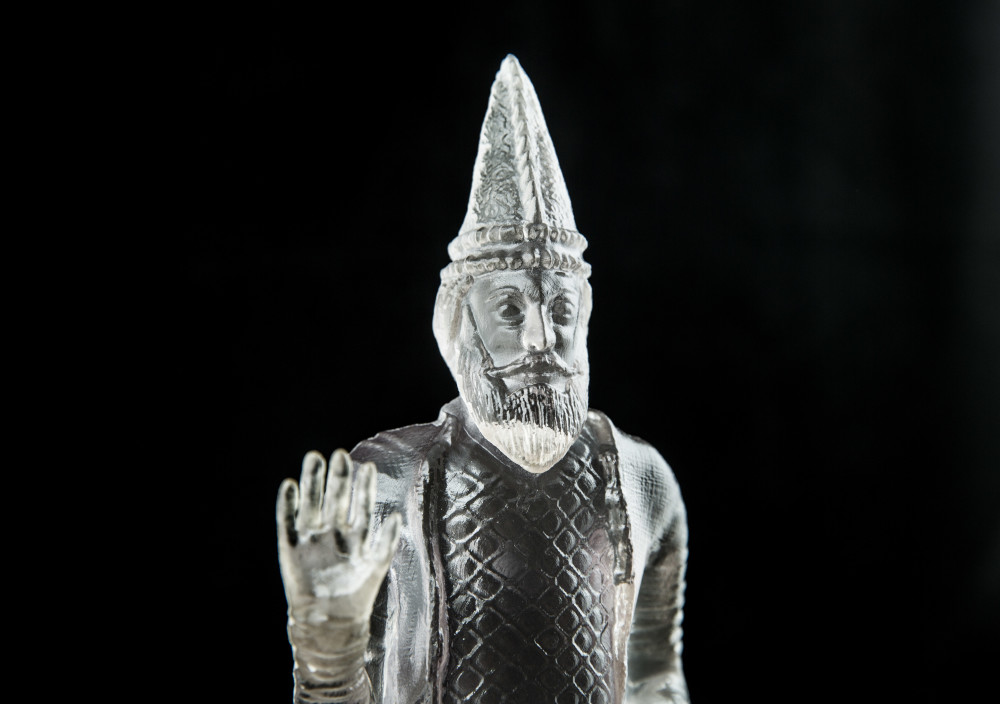 Morehshin was born and raised in Iran and moved to the United States in 2007. Her work extensively deals with the political, social, and cultural contradictions we face every day. She views technology as a “philosophical toolset to reflect on objects; a poetic mean to document the personal and collective lives we live and our struggles as humans in the 21st century.”

With her work, Morehshin has been part of numerous exhibitions, festivals, and workshops around the world. She has also been an artist in residence at CMU STUDIO for Creative Inquiry, Autodesk Pier9 Workshop in San Francisco (where she is also the Co-Founder of the Experimental Research Lab), and BANFF Centre (2013), among others. 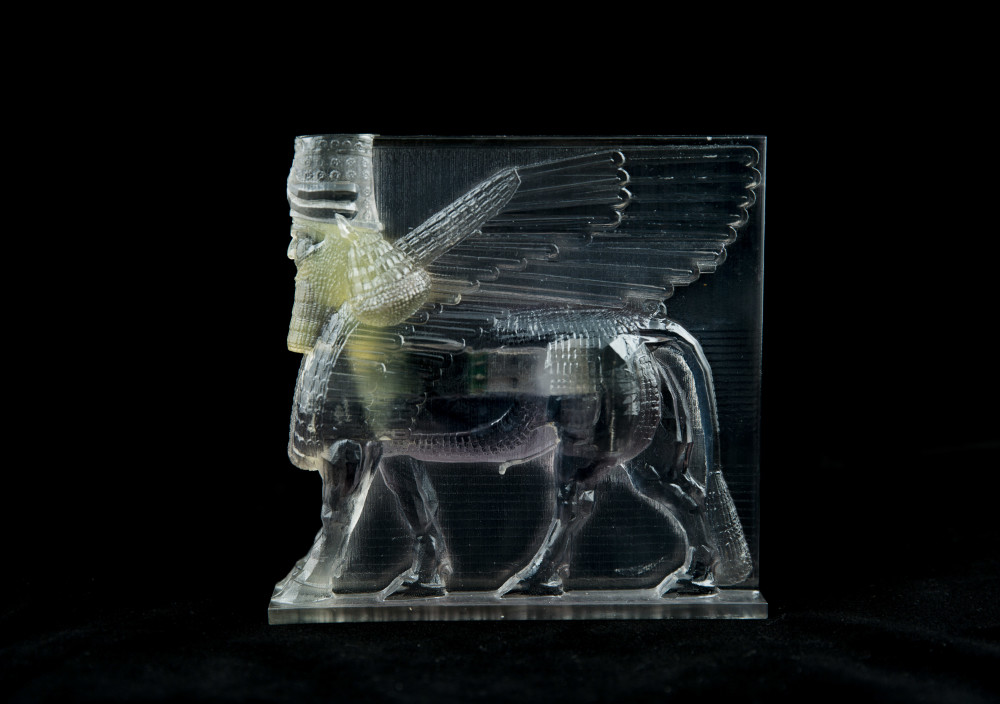 In the first series produced for her latest project, “Material Speculation: ISIS”, the artist explores the use of 3D modeling and 3D printing for the reconstruction of selected (original) artifacts that were destroyed by ISIS in 2015. These include both statues from the Roman period city of Hatra and Assyrian artifacts from Nineveh. She implements 3D printing as a practical and political possibility for artifact archival, while also proposing the technology as a tool for resistance, documentation and as a process for repairing history and memory.

While this is not the first time that an artist has used 3D printing as a means of reproducing and safeguarding some of the ancient treasures destroyed by ISIS militia, Morehshin’s project goes beyond 3D printing the lost artifacts in high resolution, transparent resin. The objects also include a flash drive and a memory card inside the body of each element. Like Time Capsules, each object is sealed and kept for future civilizations, with instructions on how to open the artifacts to access the memory drives without destroying the objects themselves. The information in these flash drives includes images, maps, pdf files, and videos gathered in the last months on the artifacts and sites that were destroyed. 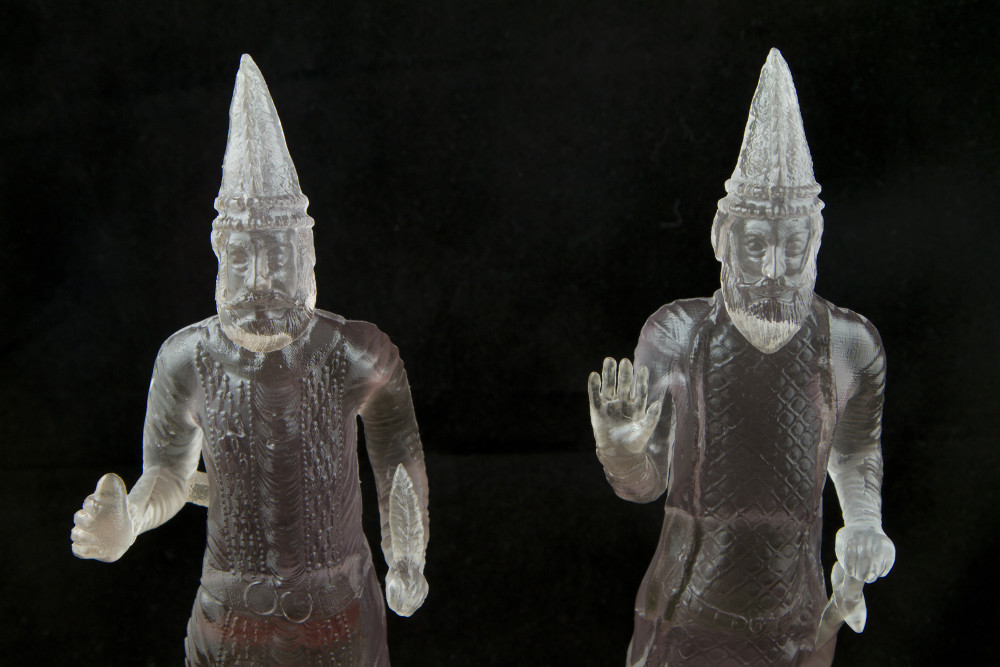 These materials were sourced through an intense research process involving contact with archaeologists, historians, and museum staff (from Mosul Museum to archaeologists and historians in Iraq and Iran). In the coming months and as the final stage of the project, these 3D printable files will be archived and available online to download and be used by the public.

The loss of priceless works of art from the past has certainly struck a chord even among people in the West who see the actual ongoing conflicts as being still far away and having little effects own their lives. Unfortunately, 3D printing can do little today to bring back the lives and the possessions of all the innocents that are suffering in the region ravaged by war and terrorism. It can, however, help to strengthen statement that history cannot be deleted and forgotten. 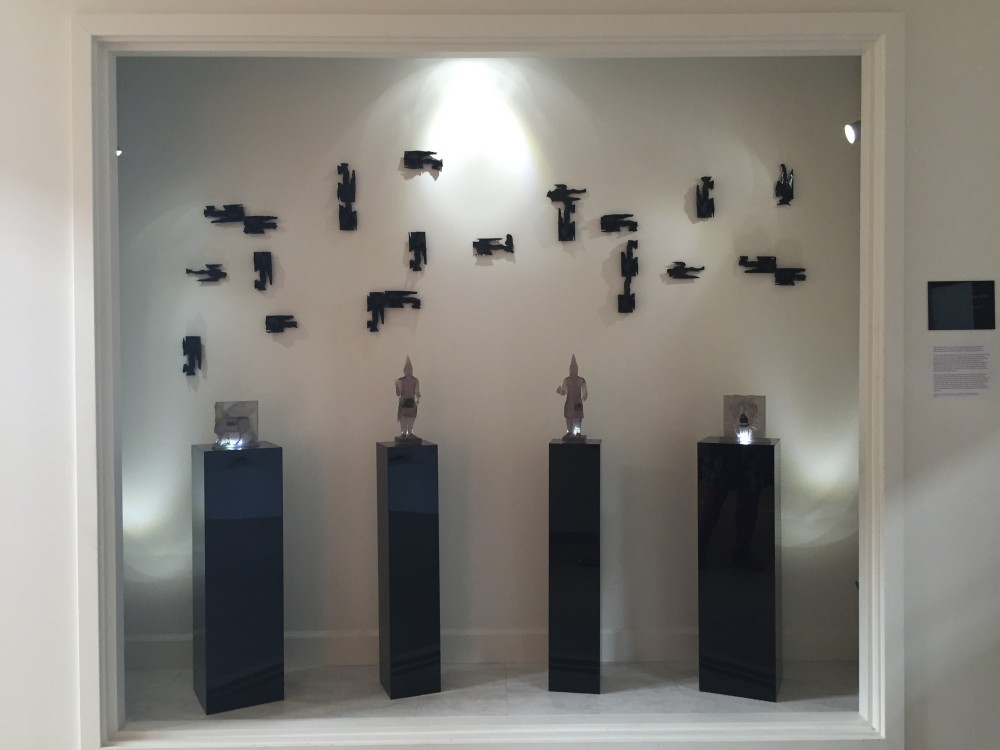