While we’re all busy scrambling to find out what 3D printing will be applied to next, two brothers in the state of Washington are taking the technology along for a ride upon the high road, so to speak. After the state legalized the recreational use of cannabis back in November 2012, University of Washington art students Al and Saul Jacobs decided to create Printabowl. Their goal was to redesign the traditional water pipe to represent a ‘functional sculpture’, and they decided to use ceramic-based 3D printing in order to accomplish it.

The duo uses an organically computer-generated design; their water pipe models are inspired by the natural form of crystals and liquid. The fractal-like designs are 3D printed first as a mold, and are then filled with ceramic material and left to harden. The ceramic material is then fired in a kiln, glazed, and fired once more to produce a sleekly black, organically shaped water pipe. Though it is uncertain exactly what 3D printer is utilized to create these molds, the company itself was “inspired by the possibilities opened by 3D printing technology”, according to their website. 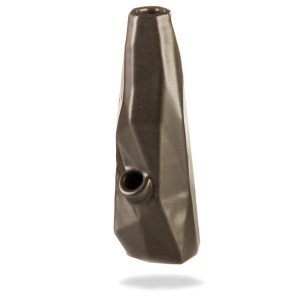 “We think of these as pieces of functional sculpture. They’re made to exist and enhance the space we inhabit, not to be tucked away in a cabinet or in a shoebox under your bed,” said Printabowl co-Director Saul Jacobs. “We’re excited to be a part of further introducing this aspect of counterculture into everyday life.”

Their collection is called the Cumulo Collection, and it features three distinctly designed, limited edition water pipes ranging from $300 to $325 in price. There’s the Alpha, which is based on minimalistic ancient hand-spun ceramic design, the Ferro, which is inspired by the reaction between a dynamic liquid and magnetic force, and the Tessellate, which represents the shape of a smoky quartz. The Jacobs brothers made it a point to create their water pipes to act both as a smoking device and an art piece. 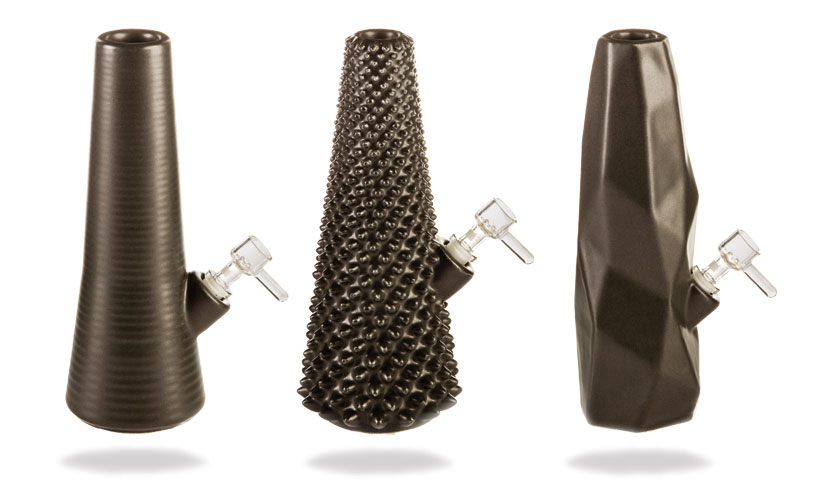 Though the Cumulo Collection is created with the easy-to-reproduce method of 3D printing, the brothers have made each of their ceramic water pipes limited to either 10 or 20, making it much more unique and museum-fit, if you will. Printabowl is hinting at a future where 3D printing will help merge the world of high-end design and cannabis beyond the traditional glass-blown pipe. As marijuana is slowly but surely being accepted by states across the United States, the Jacobs brothers may just have a big hit…cough…on their hands.