The 3D revolution has only just begun and 3D printing is only a small part of it, with 3D scanning, modeling, and VR/AR playing key roles in the future of our digital 3D world. Low-cost 3D scanners, in particular, will help fuel the creation of digital models, without the skill necessary with CAD software. While Autodesk’s 123D Catch app for iPhone wasn’t quite capable of bringing that technology to the masses, affordable 3D scanners are being released that rely on the computing power of our smartphones to making 3D scanning even more accessible than ever. As if to lend credence to this idea, a number of investors, including Intel, provided $13 million to Occipital to further develop the Structure Sensor for iPhone and iPad. Now, a new company called eora 3D, based in Australia, plans to bring their own low-cost scanning device to the public via an upcoming Kickstarter campaign. 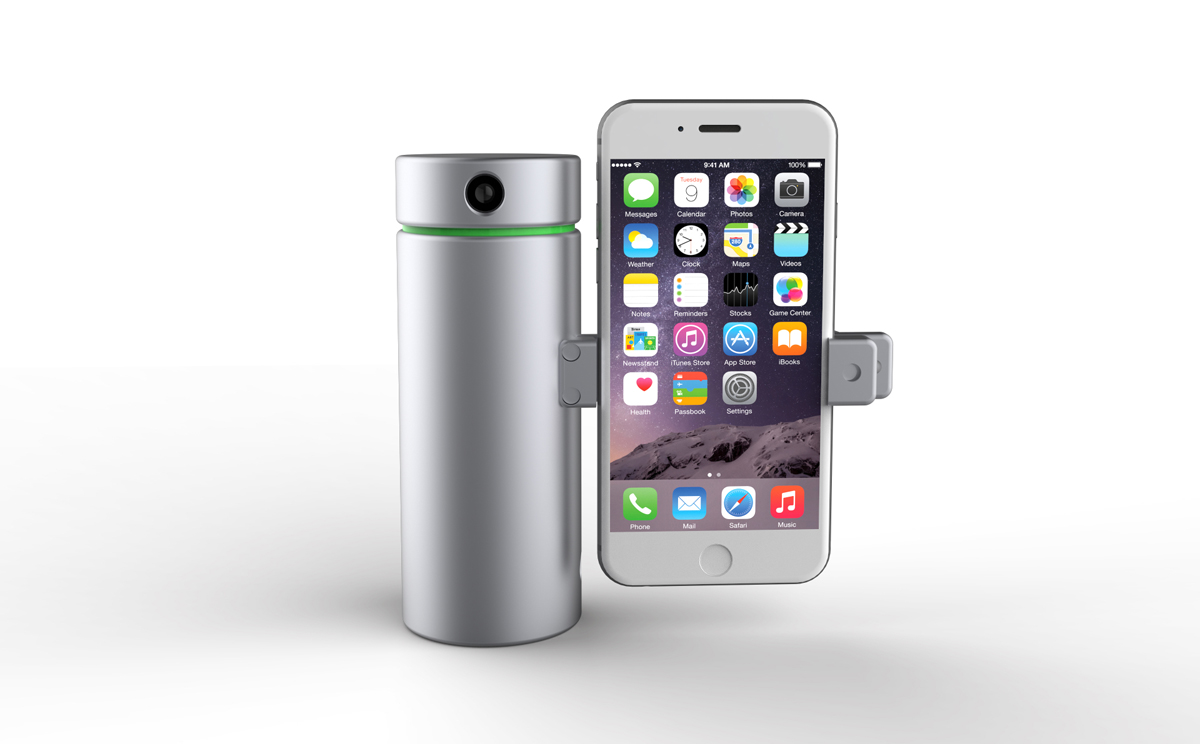 The eora 3D scanner was conceived in 2013 when the company behind it sought to verify the specs of a parabolic dish being used for concentrating solar power. Without the funds to spend on a $20k 3D scanner, the team sought to build their own, leading them to construct four different iterations before finalizing their design.  In addition to the Kickstarter, to be launched in September, the startup is a finalist in Australia’s Seedstars World global start-up competition, which will see eora 3D present at the finals next March. 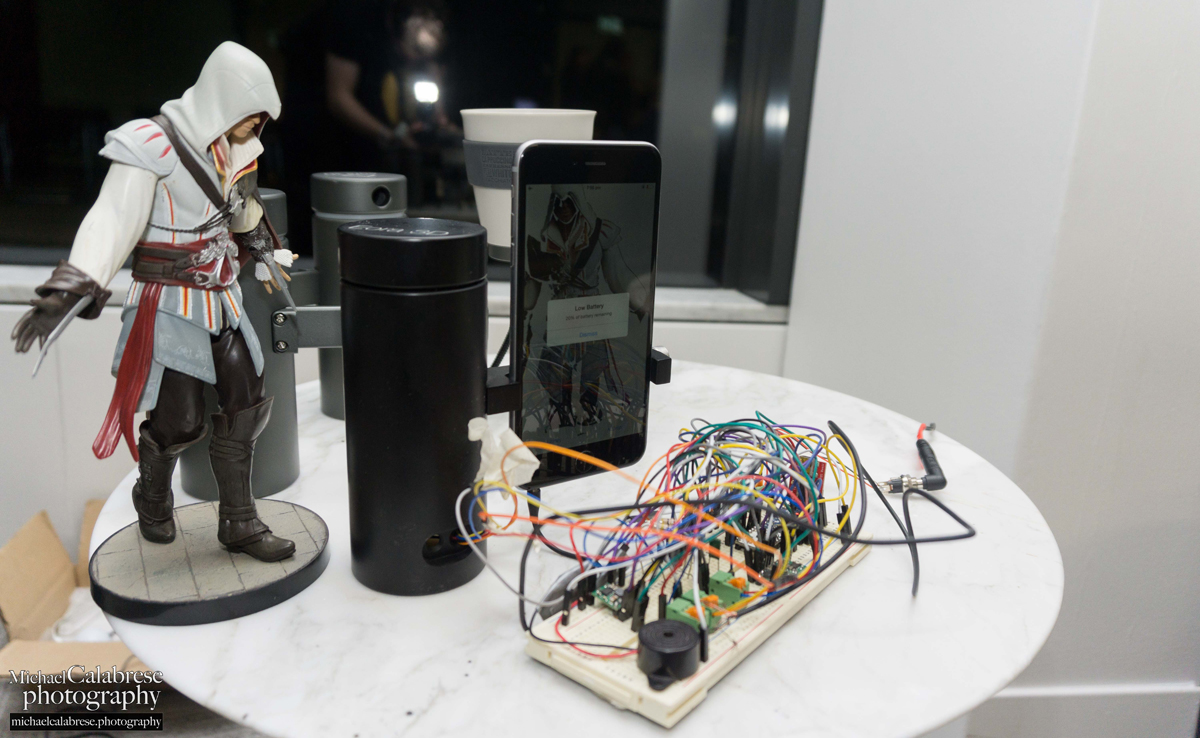 Like the Structure Sensor, the eora 3D scanner draws its computing power from the iPhone 5 or 6 to which it’s connected.  Unlike the Structure, the eora uses a 5mW green laser at the 520nm wavelength, instead of a depth camera, to capture the contours of an object, which, the company asserts, results in a color 3D model with sub-100 micron accuracy. Though the scanner can be used in freeform mode and mounted to a tripod, to scan large objects, eora 3D has also developed a Bluetooth-controlled turntable to capture objects up to 200 mm in height in about five minutes.  Free from the turntable, the scanner has an area of one meter and can scan objects up to one meter away.  Along with their software, these scans can be stictched together to create a large-scale model. 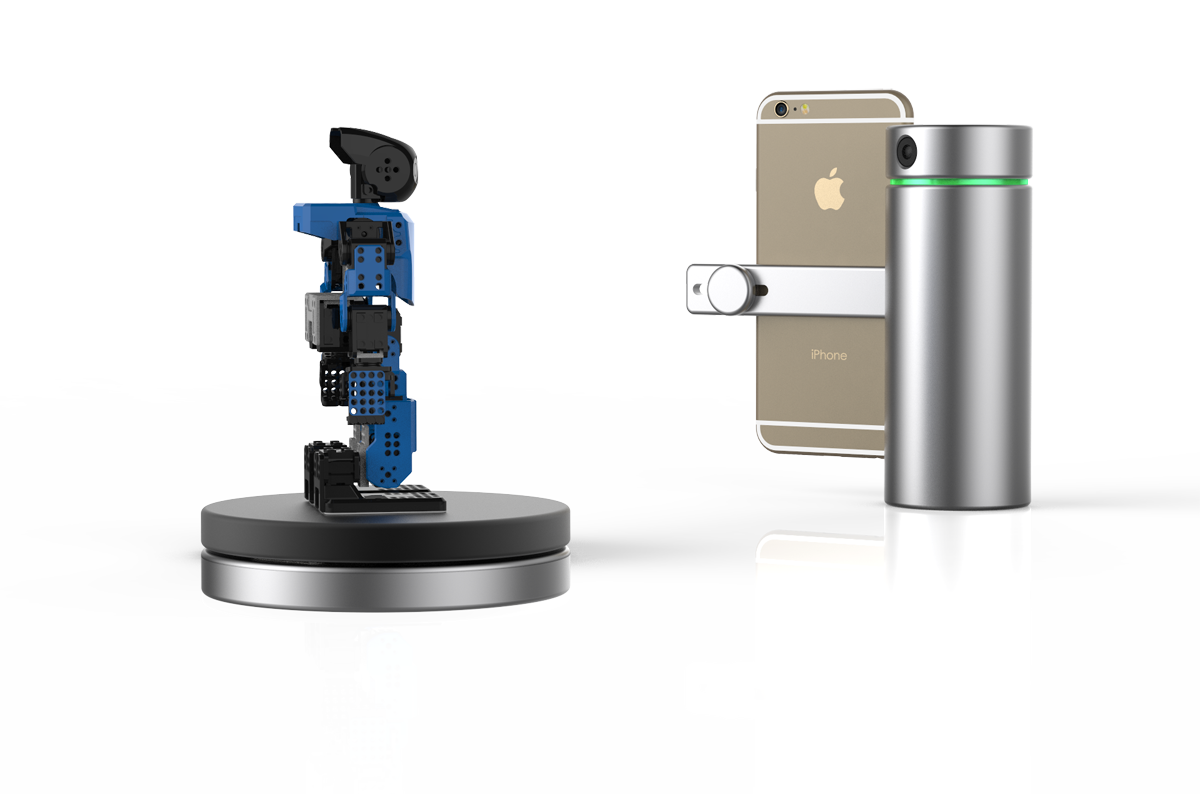 Rahul Koduri, who founded the company with Richard Boers and Asfand Khan, tells The Sydney Morning Herald, “Our 3D scanner is perfect for scanning clay models and other organic shapes which can be difficult to produce from scratch using Computer Aided Design software.” He continues, “We already have a jewellery designer in Sydney who uses the scanner to proof moulds before sending them to the manufacturer. We’re also working with 3D Printing Studios, an Australian 3D printing service which is making our scanner available to a handful of customers – it’s all about putting accurate 3D scanning within reach of more people.” 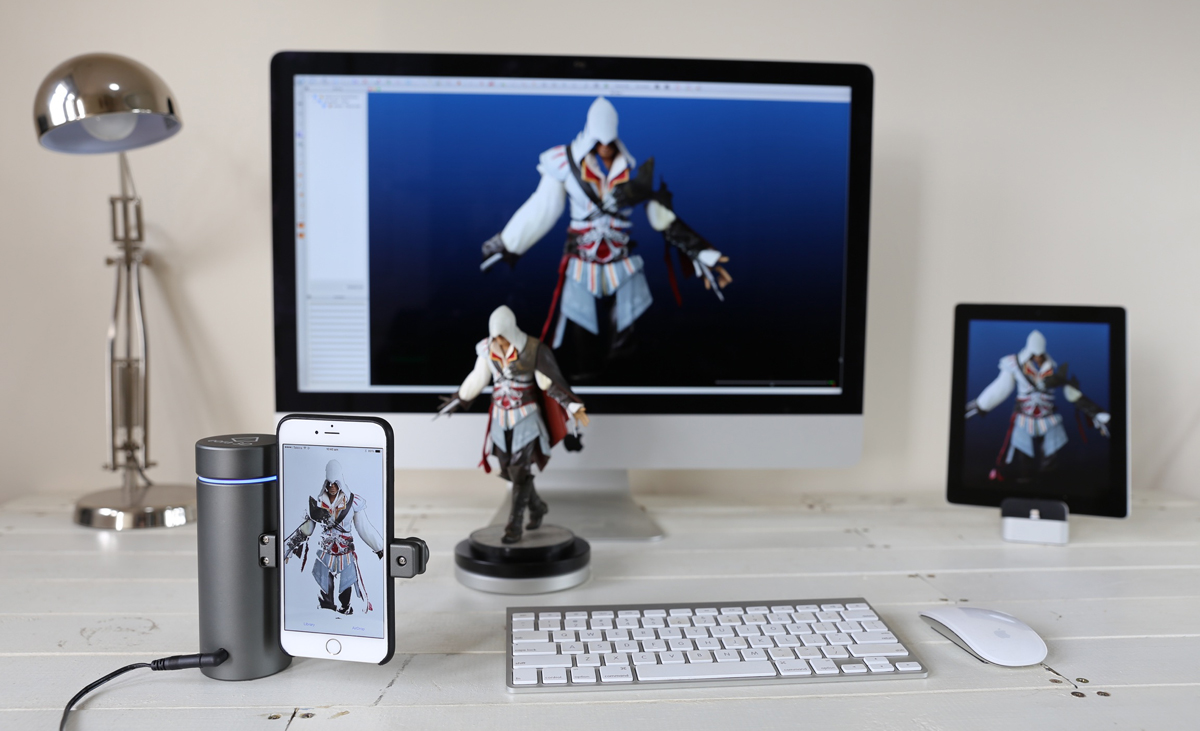 Last week, we covered the Bevel 3D scanner, launched by Matter and Form, which also attaches to your smartphone for low-cost 3D scanning.  With this new scanner from eora 3D and Occipital’s Structure Sensor, these next couple of years should see the same sort of market saturation that we saw just a couple of years ago with desktop 3D printers.  In other words, keep your eye on eora 3D and the many more 3D scanning startups that are likely to come.  And we’ll definitely keep you posted as to when the eora scanner hits Kickstarter in September with an early bird price of $199.