Among the many interesting events and projects in the last month, there is one that catches the eye simply because of its incongruence. This experimental project is as much about exploring the apparent incongruence between traditional manufacturing and digital age technologies, as it is about a prototype robotic arm that builds three-dimensional objects out of any kind of sand.

Called ‘Artifacts’, this idea was developed by Jon McTaggart, a designer based in Tel Aviv, Israel, and his jonmct design studio. The premise was to “explore the meaning of traditional craft in the age of digital design and manufacturing.” 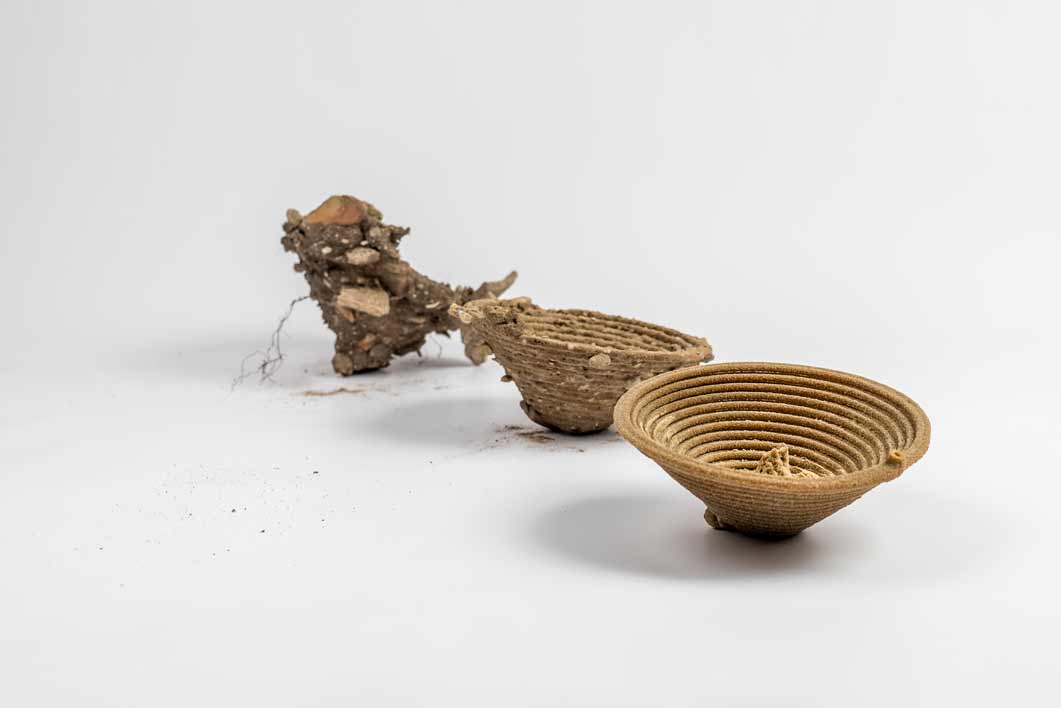 After manually experimenting with resin and locally available sand (around their workshop), the team modified a Yaskawa Motoman MH – 250 industrial robot arm that had, at its end, a resin injector instead of a welding tool. The robot arm would follow a programmed path and inject resin directly into the sand (contained in a bucket), binding the material to form an object. The arm begins injecting the resin, under air pressure via a canister, at a depth of twenty or so centimeters in the sand bucket and rises as it builds the object. This part of the process can’t be seen, so it isn’t until the process is completely over that you know what the object actually looks like. 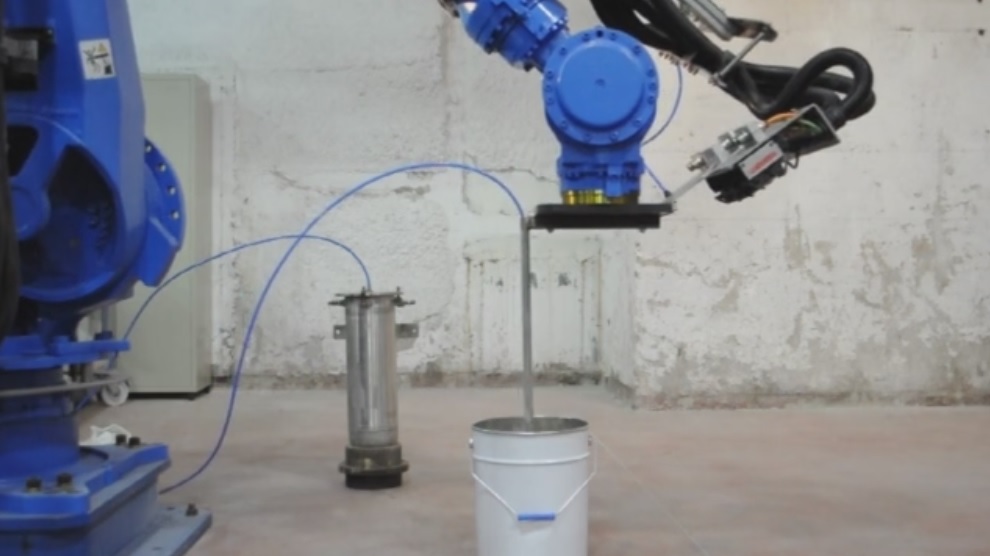 The arm makes the object at a depth within the sand, so, once it is done, the object must be pulled out and separated from the loose sand, similar to what’s involved with powder sintering. In this form of 3D printing, any kind of sand can be bound by the resin to form an object and the quality, surface finish, and look of it will depend entirely on the properties of the sand that’s used. The differences in density, composition of the sand mixture, imperfections, etc. have a direct impact on the look and feel of the object, such that each printed object is unique. So far, the project has mostly made utensil-like objects, such as decorative bowls and dishes that have a very earthy, hand-made look. As you can see, each one varies in its color, texture and precision. 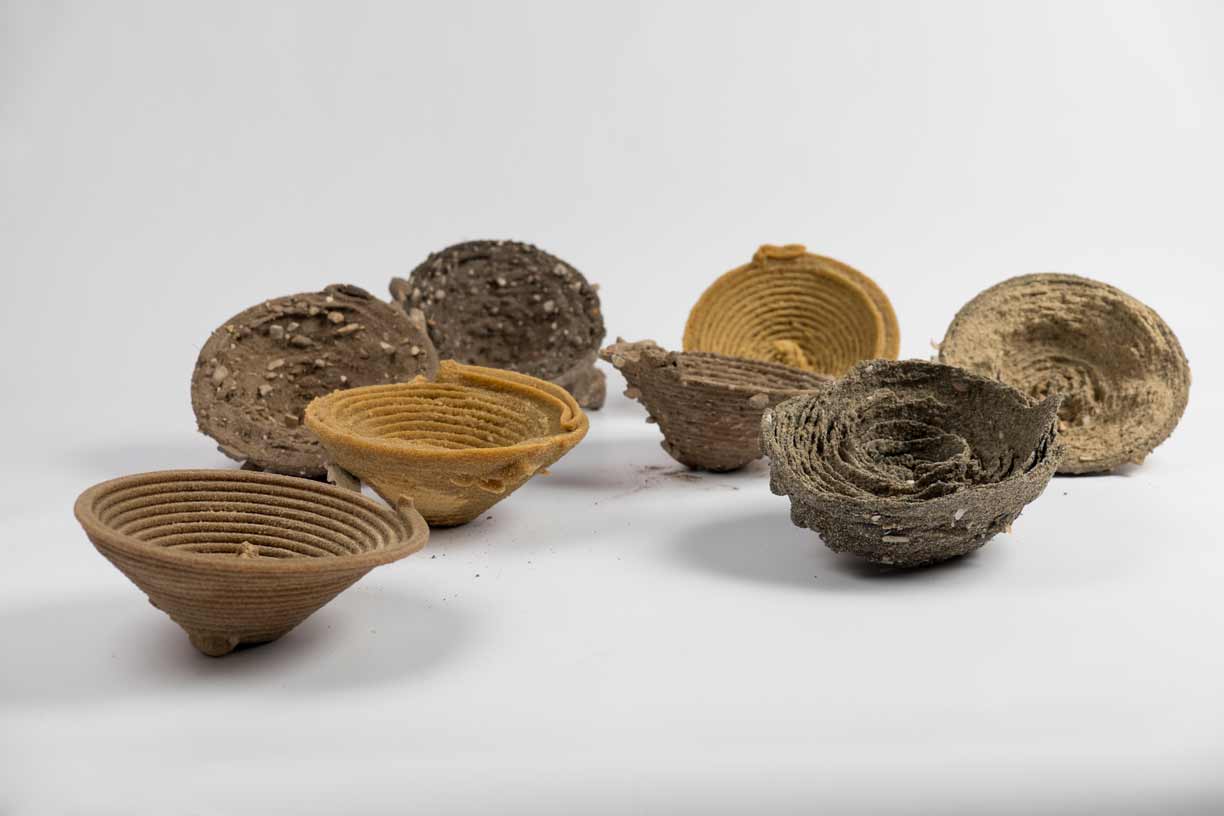 The project was presented by Jon McTaggart at the DMY Berlin design festival held between June 11 – 14. He plans to experiment with more materials now that the concept has been demonstrated, and, since the resin binder is food-safe, he’s hoping his technology will find even more applications in the food industry.