If you don’t live in Spain and don’t have the time and/or money to visit, take a tour with Shapeways user, and 3D-printed goods manufacturer, Imprenta3D.  They offer you a 3D model of their Iberian homeland with which you can envision all the country has to offer! 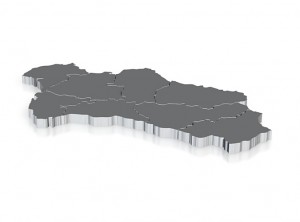 Andalusia! From Granada to Cordoba, Costa del Sol to Costa de la Lúz, this, one of Spain’s 17 autonomous communities, is filled with things to do and places to see.  Close your eyes and imagine the aroma of the flora sprouting up in the Generalife gardens, the palpable history of the Great Mosque, and even the exhilarating rush of skiing in the Sierra Nevadas.  And, as el Instituto de Turismo de España (TURESPAÑA) mentions, “remember that Andalusia has a thousand different flavours waiting to be tried. From the sherries of Jerez (Cadiz) and Montilla – Moriles (Cordoba), to the classic platters of fresh fried fish known as “pescaíto frito” from Cadiz and Malaga, cured ham from Huelva and Cordoba, olive oil, and other such typical dishes as gazpacho and “salmorejo” (a kind of thicker gazpacho).” 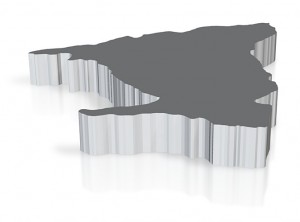 Ah! The capital of Spain: a mix of modern metropolis and exciting history, Madrid boasts the Royal Palace, the Opera House, and the Almudena Cathedral, along with a series of beautiful museums, shops, and restaurants.  Mouth-watering tapas are the delicacy of Madrid, all of which can be washed down with the finest wines the city can supply.  Come for the bureaucratic buildings, stay for the flamenco, and leave for the bullfighting! 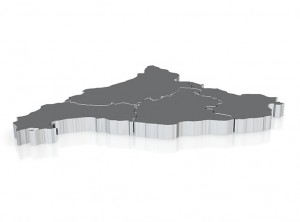 Located on the beautiful, temperate shores of the Mediterranean, Catalonia is awash with marvelous beaches where one can go to forget the troubles of the world, blown by the warm wind to other, less picturesque places.  Also known for its famous art and modernist architecture, Catalonia is the location of the Dalí Theater and Museum in Figueres, just an hour and a half north of Barcelona, where I once went as a child and was overtaken by the dreamlike wonder of the Venus de Milo aux tiroirs, which took the traditional Venus de Milo and turned her into a chest of drawers. You can bet that I’ll be there again one day. If not in reality, then at least through an Imprenta3D printed replica.[1]

And so much more!

Imprenta3D has captured these locations and many more in their 3D-printed tribute to Spain.  Perfect in conjunction with geography lessons for puzzle-minded children or as fodder for a daydreaming tour through the country, the only thing that’s missing from Imprenta3D’s 3D representation is the topographical dimension!

[1] I make no money by promoting Imprenta3D or their model of Spain.  It’s just my birthday, today, and I got a little excited in the writing process!