The Urbee – Heading into Production

A couple of years ago now, Jim Kor, an engineer and entrepreneur from Winnipeg, Manitoba, Canada introduced the world to his new idea for a hybrid concept car — called the Urbee. This was a two-seater, three-wheeled car that looked pretty cool and incorporated an internal combustion engine and an electric motor. 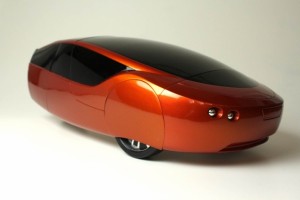 The Urbee concept hit the headlines back then because the prototype was almost entirely 3D printed. Then and now, 3D printing offers many advantages for product development and prototyping applications. However, now Kor is nearing production and he maintains that 3D printing is still the method of choice for manufacturing the Urbee. Specifically for creating the sleek, original lines of the body of the Urbee. Traditionally, car body parts are created from uniform sheet metal — for the Urbee this is unsatisfactory as Kor wants to be able to form large, intricate body parts with varying thicknesses. This is not just an aesthetic whim — it is also to achieve functionality in terms of strength and weight.

According to Kor: “The [3D printing] process has the potential to put the material exactly where you want it and not put it where you don’t want it. Conventional cars carry around a lot of extra weight.”

Furthermore, because of 3D printing Kor was able to approach the design of the car freed from the constraints of traditional approaches — producing many benefits including improved aerodynamics and fewer parts. Indeed, the body of the Urbee will be made up of a total of 50 separate parts. 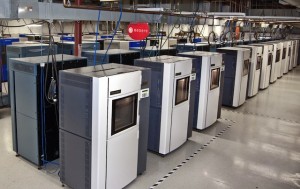 Kor has used the RedEye 3D printing service from Stratasys to full his 3D printing requirements to date as the Fortus, production grade additive manufacturing machines can accommodate the scale of the parts required for the Urbee. The scale-up to production is not envisaged as a problem despite the Urbee being the largest project RedEye has tackled to date.

According Jeff Hanson, business development manager for RedEye: “Size is not an issue! It’s budget. You could print an aircraft carrier if you had the budget.”

And herein lies the trade-off. Budget — and time. While the Urbee does not yet have a price tag, the economies of scale could prove to be a problem should demand for the Urbee escalate. The time it takes to produce it could prove to be another issue — printing the entire car is estimated to take in the region of 2,500 hours, on the upside, this can be done unmanned for a lot of it!

However, Kor’s initial goal is one production car, despite having orders for 14, and once it is ready the plan is to take it on a road trip. Across country: from San Francisco to New York City, using one tank of petrol.

It’s important I think to remember that this is one man’s personal journey that has gone large. Yes there are issues but the journey and the results to date have been impressive and a great demonstrator of the advantages of 3D printing.