The fact that we are really just at the beginning of understanding what can be achieved through digital additive manufacturing is demonstrated by the fact that a collaboration involving different approaches from the industrial manufacturing sector of 3D printing can yield impressive results in the realm of bioengineering.

A recent study, which was conducted by mechanical, aerospace engineering, electric engineering, and materials science experts from three US universities (Princeton, University of Minnesota, and Washington University in St. Louis) used bioprinting and hydrogels to develop programmable release capsules which could allow for “precise spatiotemporal control over chemical and bimolecular gradients of substances”.

What this means is that through 3D printing – or bioprinting, since the scientists used hydrogels for the study – were able to create structures containing substances which could be release in a more controlled manner, much like nature does inside every organism. This approach would enable significant advances in areas such as synthetic tissue engineering, biotic–abiotic interfaces, and bionanotechnology.

To overcome the challenges presented by integrating gradients into multiplexed, three-dimensional (3D) matrices, the teams of researchers used 3D printing to create capsulse which are composed of an aqueous core (the hydrogel, which can be formulated to maintain the activity of the biomolecules to be released) and a shell made of a PLA derivate (polylactic-co-glycolic acid or PLGA, an FDA approved polymer) shell. 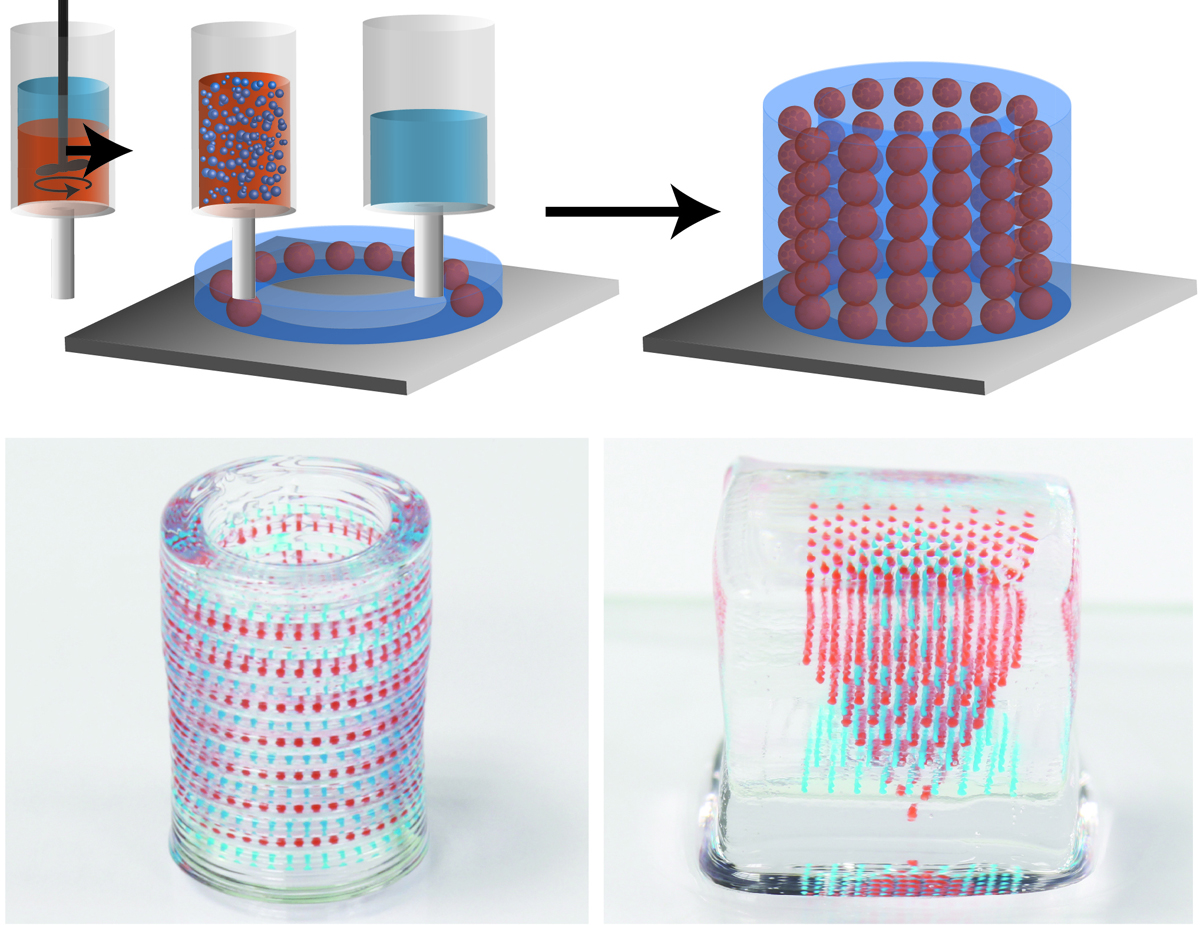 The shell was also loaded with plasmonic gold nanorods (AuNRs), which were inserted to enable the selective rupturing of the capsule when irradiated with a laser wavelength specifically determined by the lengths of the nanorods themselves. This means that the laser could trigger the release of the enzymes inside the capsules, while the use of 3D printing means that these enzymes could be positioned exactly where the scientists wanted them.

Along with the precise spatial patterning of capsule arrays, the advantages of this approach also include the efficient encapsulation of the biomolecular payloads (that is, the enzymes to be released) and the on-the-fly, programmable reconfiguration of the gradients. The system is also scalable, as it presents a high versatility for incorporation in hierarchical architectures. In other words, 3D printing is taking us yet another step closer to replicate – or at least to imitate – nature, the most advanced additive manufacturing process there is.