Houses of the Future: An Era of Space-Saving Solutions?

Smaller and self-sufficient, that’s how houses of the future are currently being described in the wake of the predictions of futurists. 3D printing is also set to be behind 3D printed slot-together properties, so trusty bricks and mortar could be getting themselves a facelift.

A futurist based in Adelaide even goes as far to describe future houses as smaller, smarter and prefabricated, sharing similarities to that of houses made from lego. The future of housing and household appliance also has a focus on devices that allow houses to run independently. It’s becoming more and more likely that homeowners will no longer rely on electricity, gas or maybe even water that is fed directly into their houses from a different source. Instead they could rely on embedded solar panels and home batteries.

Demand for space is also set to rise as populations increase, so houses are set to decrease in size to allow more to be built within a smaller space, so space saving systems are to become far more popular and important.

The Former Lord Mayor, Stephen Yarwood, forecast a similar outcome for the future of Adelaide, Australia, with a particular focus on space-saving.

“Not every house will have space for a car to make houses more affordable, we are already seeing this in the CBD with some apartments offering cheaper prices for no attached car park. Adelaide car park prices are already around $50,000, in ten years time we could be looking at $100,000,” he said.

“The smart home will become a reality, Google has just announced their Home device which can control the living environment with a person’s voice and in the future, people will most likely be able to control their homes while away from them,” Stephen said.

The future of pre-made parts of houses is also set to change the construction industry, with parts such as frames being transported to building sites, saving time on building, says Ian Markos, chief executive of Master Builders SA.

“There’s a growing industry in prefabrication and modularisation. New hotels and apartments are taking advantage of modular bathrooms that can be individually tailored — but still slot in like a puzzle. Longer term, we are looking at some amazing technology. 3D printing of homes, graphite technology that allows the building of exquisitely light but durable structures,” he said.

“The biggest thing will be managing resources more effectively, tapping into energy creation and consumption and monitoring it more. The next big thing for homes will be home batteries, especially as the buy back on solar panels gets worse, we’ll see homes creating their own energy,” Stephen said. 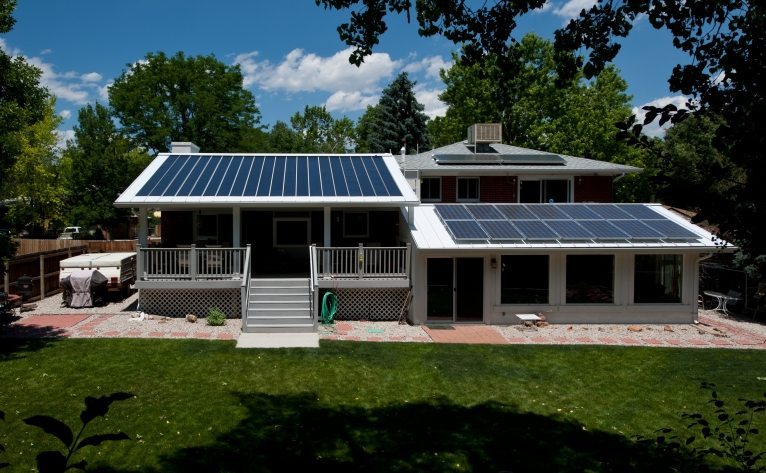 The implication of not only looks but also functionality for home facades is set to become even important as time goes on as well, Sally Wilson of SW Architects says, “Materials like insulated wall panels will make our buildings thermally efficient and faster to fabricate.”

Those who are after bigger futuristic houses however, can look to the outskirts of Adelaide, so tiny mouse houses aren’t the be all and end all for families down the line. Just be sure to be ready for some weird and wonderful alternative methods of building and living!