GE Garages Brought 3D Printing to Berlin. Where Will It Stop Next?

While I was staying in Berlin for a couple of days I found out, almost by chance, that the second European stop of the GE Garage “touring makerspace” was taking place in the German capital and that it was on its last day. So, I hurried over to the location to see for myself what exactly the GE giant was up to with Maker technologies.

I had not yet had a chance to find out more about this initiative, although 3DPI had punctually covered its Washington DC stop in March 2014 and its Lagos, Nigeria, stop on July of the same year. Now, it has arrived in Europe and, after the first stop in Brussels, it moved on to Germany. 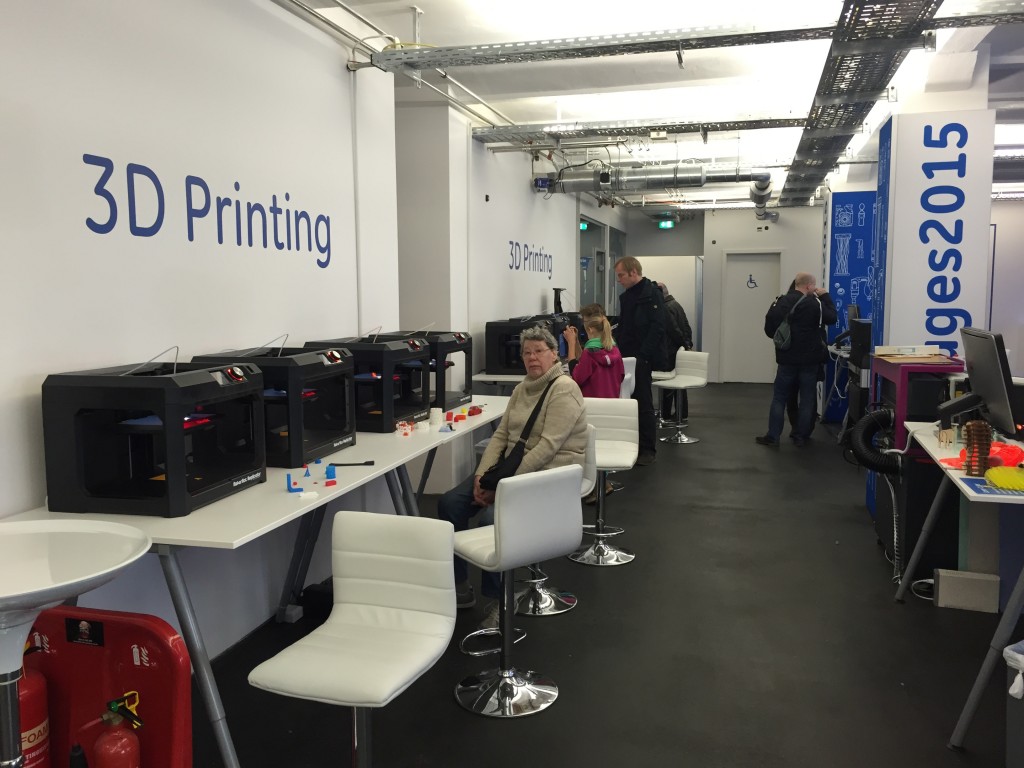 “GE contacted us saying they were keen on organising a series of stops for the GE Garage Global Tour and we immediately began to work on it,” Chris Savage, told me. He is the Technical Director at ICON, the event management company that GE turned to for its European Garages. His background is both in electronic engineering and in the music industry, so he has the perfect profile to organise a project that is at the same time about project development and entertainment.

The GE Garage in Berlin was set up inside the Factory space, a spacious and bright space on the ground floor of a building in Berlin. The first thing I saw when I walked in was eight MakerBot 3D printers lined up with as many monitors running the MakerBot Desktop App. It was early on a Saturday morning and there were only a few people, but more arrived soon, especially families, young teenagers, and kids.

The space also had an Objet Eden desktop PolyJet system, to make high resolution resin models – including the prototype of a working digital camera – as well as other personal fabrication technologies including a laser cutter and a CNC mill. “We mostly used the same systems that we used in the previous US location,” Savage told me, “we set all this up in just a couple of weeks. Everything just gets packed up and moved to the next place. Now, we are deciding on the next location and Italy is definitely one that we are looking at.”

The Factory hosted two weeks of the Garage, with a different program everyday, including a FabLab-like program on 3D printing. People could access free of charge workshops on 3D modelling and using the 3D printer. Autodesk contributed to the project by supplying their software, which is free for educational purposes. “We began with Tinkercad because we just want this experience to be highly accessible to everyone,” Savage explained. “Tinkercad is a powerful tool that lets anyone create amazing objects for 3D printing just by modifying simple shapes.” 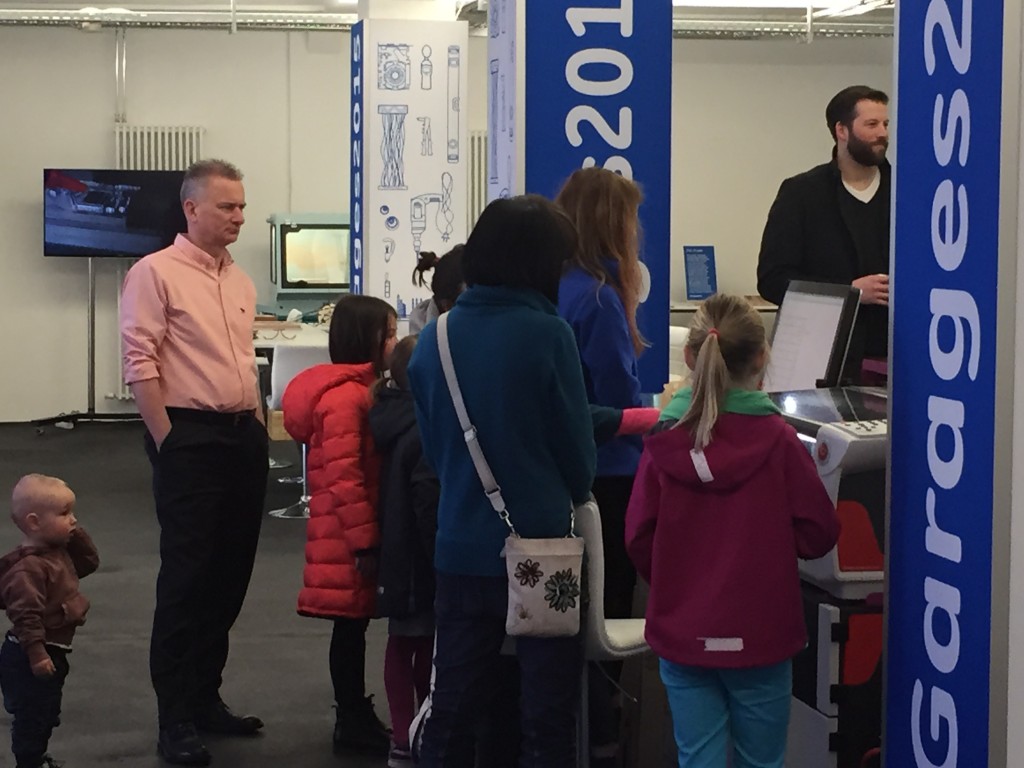 The space was also made available for conferences and for start-ups to hold talks about their projects and approaches, with a large meeting room. GE is not the only large software or hardware company to experiment with personal manufacturing technologies and internal FabLabs. In recent months, I have covered the examples of Sony Japan’s Creative Lounge, Magneti Marelli with TheFabLab, and NTT Data.

GE Garage began in 2012 as an “experience to reinvigorate America’s interest in invention, innovation, and manufacturing.” It has since taken to the road, with each stop taking on new challenges relating to GE’s open innovation network and new ways to take better products to market faster. GE is definitely the company that has taken the lead in industrial AM adoption worldwide, and the Garage is a great opportunity to open it up to the additive manufacturing designers and engineers of tomorrow.