Free 3D Printable of the Week: A Microsoft Slam Dunk

This week, Microsoft may have re-birthed itself (an image worth picturing) as the computing giant it once was, for better or worse.  With a firm understanding of the imminent future, the company unveiled a number of technologies and partnerships that may later the way users interact with their devices, as well as the physical and digital worlds as a whole.

Probably the most amazing product showcased at Microsoft Build 2015 is the HoloLens.  Paving the future for mixed reality, the wearable device, if it works the way we all hope it will, merges the digital and physical worlds through a transparent AR interface.  With gesture control and voice commands, HoloLens transforms one’s environment into a living computer so that every wave of the hand or uttered instruction manipulates Windows 10 software overlaying one’s surroundings.

To drive the HoloLens, Microsoft reached out to a number of companies and organizations.  For instance, NASA hopes to use the device to explore Mars, while Sketchfab has given 3D models designed with HoloLens a home in their 3D model sharing site.  Models that are designed in HoloStudio will have the option of being uploaded directly to Sketchfab which can be 3D printed via 3D Hubs, embedded into websites – including Facebook – and downloaded for home 3D printing.  And, thanks to the newly announced partnership with Autodesk, that 3D printing will be powered by Autodesk’s 3D printing platform, Spark. 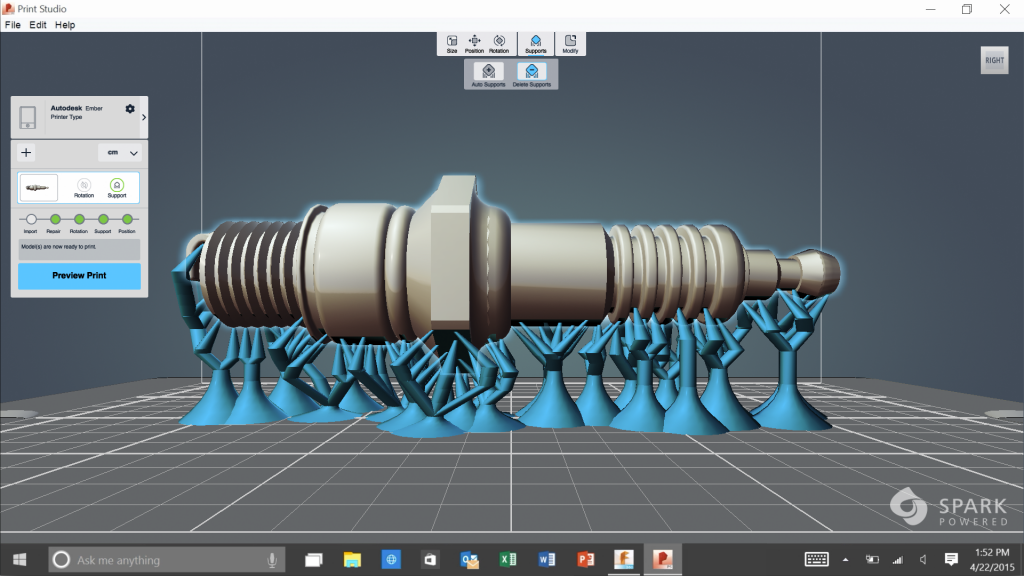 Autodesk also joined Microsoft’s 3MF Consortium, a collection of businesses working towards a unified 3D printing file format, .3MF.  Alongside Autodesk are Shapeways. SLM Solutions, HP, Autodesk, Dassault Systèmes, and netfabb, with companies like Stratasys and 3D Systems strangely absent.  The .3MF file format is already being heavily scrutinized for Microsoft’s previous monopolies, but bills itself as a solution to the issues of existing file formats, like .STL, which doesn’t include some information vital to 3D printing across technologies, such as color data.

Whether or not .3MF is open, Microsoft did announce partnerships with two open source organizations, Arduino and Raspberry Pi.  With Windows 10’s ability to communicate across devices, those working with Arduino can use the Windows Remote Arduino and Windows Virtual Shields for Arduino to provide computing power to the low-cost microcontroller.  Raspberry Pi users will also be able to take advantage of the Universal Windows Platform (UWP) to debug, update, and manage software from a desktop, tablet, or mobile device running Windows 10.  The company demoed such a use with its HoloLens presentation, in which a Pi-powered robot was controlled and augmented via HoloLens software. This is all a part of Windows 10 IoT Core, with which Microsoft hopes to straddle the Internet of Things.

Open or closed, monopoly or struggling company, Microsoft scored a slam dunk at this year’s Build.  As if to celebrate, Microsoft’s Sketchfab profile is now replete with 3D printable models, many of which have non-aesthetic uses.  I thought it appropriate for this week’s free 3D printable model to embed this 3D printable basketball hoop, into which you can throw tennis balls, oranges, or crumpled up Apple Care Warranties.

Of course, this model, as well as the Jordan-esque silhouette below, can be downloaded, 3D printed via 3D Hubs, and embedded on Facebook.