Researchers at the Fraunhofer Institute for Wood Research (WKI) have compiled a detailed report on particle emissions from FFF desktop 3D printers.

In the paper Characterization of particulate and gaseous pollutants emitted during operation of a desktop 3D printer, four aspects were studied: particle size, emission rates, the chemical composition of particles, and volatility of particles.

The recent paper is an attempt at getting a clearer picture of particle emissions in 3D printing. As the authors mentioned, there have been several research studies on the environmental effects of 3D printing. But none had identified the chemical structure of the particles and organic compounds released from a 3D printer, during printing and in the stand by mode.

VOCs are generally released from burning fuel like wood or coal, and consumer products like cigarettes, paints, and adhesives. Depending on the chemical, VOCs could be harmful or have no effect on the health at all. And adverse effects, especially from consumer products, can be countered by increasing ventilation.

The tests were carried out in a controlled environment. A 3 cubic meter steel chamber was designed to be used in the study which was built at Fraunhofer WKI and was compatible with ISO 16000-9 (2006), an indoor air standard to determine VOC emissions.

As it was a comparative study of various filaments, only one desktop 3D printer was used to carry out all the tests, the award-winning M200 by the Polish manufacturer Zortrax. Multiple filaments were used in the study, including ABS, ASA, HIPS, PETG and PCABS.

All the filaments were purchased from Zortrax and 3Dmensionals, a German retailer of 3D printing equipment.

The National Institute for Standards and Technology (NIST) test artifact was used as the base model for all tests.

It was shown in the study that a 3D printer emits VOCs while heating up the bed at 55°C when no printing process is taking place. Most likely these compounds are part of the mechanical features of the 3D printer, such as metal component lubricants.

Each 3D print test was four-hour long. And after a thorough study, a table of classification of particle composition and emission rates was drawn.

The study concluded: “To the best of our knowledge, we have demonstrated for the ﬁrst time that the particles emitted from a desktop 3D printer are semi-volatile and are composed of SVOCs which are mainly thermoplastic additives and cyclosiloxanes.”

Therefore, it was suggested that the composition of 3D printing filaments should be studied further and their composition improved.

“Our data, which supplement results from previous studies, lead to the conclusion that, regarding particulate and gaseous emissions, 3D printing technology and the chemical composition of filaments still need to be optimized.”

The study discussed in this paper is titled, Characterization of particulate and gaseous pollutants emitted during operation of a desktop 3D printer. It was published in the Environment International journal. It was jointly authored by Jianwei Gu, Michael Wensing, Erik Uhde, and Tunga Salthammer

Nominations for the 3D Printing Awards 2019 are open now. Please take a minute to let us know about the industry leaders.

A career awaits you on our 3D Printing Jobs site. 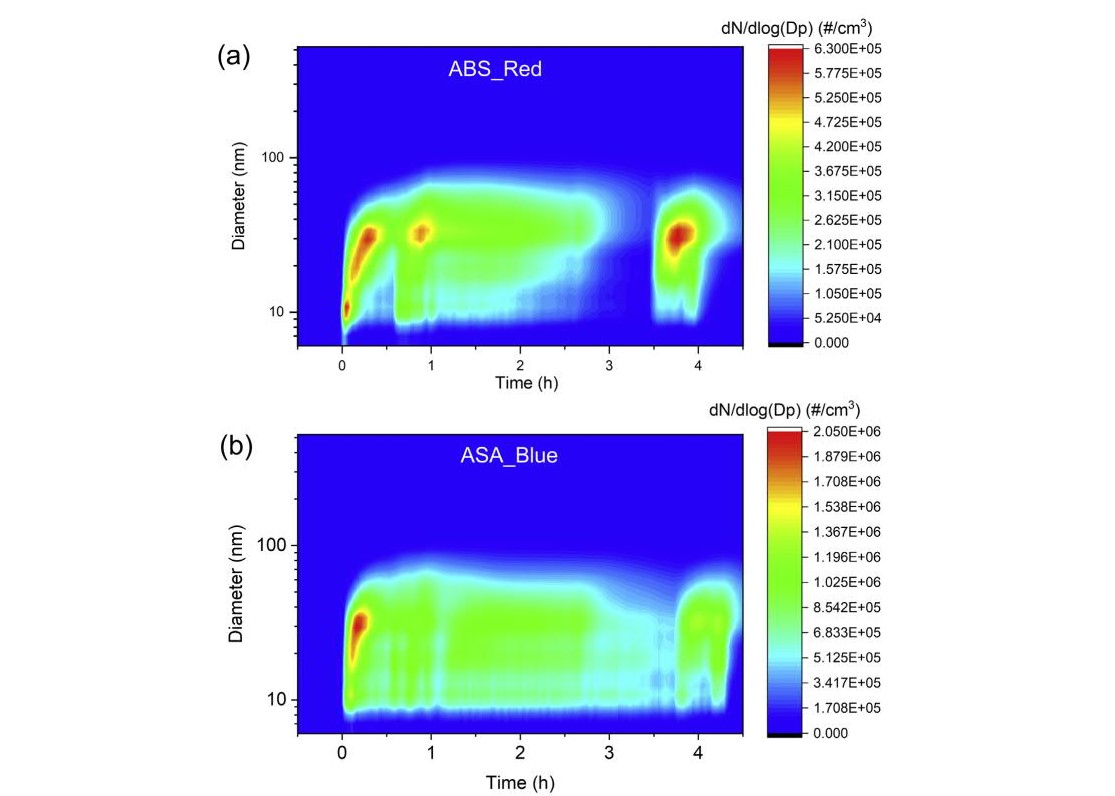