When you have a solid machine, that works well and is consistently among the top sellers in its category, then all you need to do is make minor adjustments to obtain great results. That is what Formlabs is doing with its Form 1 platform. After introducing the improved Form 1+ and new flexible (and castable) materials, the Somerville, Massachusetts, company is now turning its focus to speed and support for new functional prototyping possibilities. This has been taken very seriously to the point where Formlabs is presenting an internally designed and 3D printed speaker at CES.  Not just a speaker housing, but the actual speaker itself. 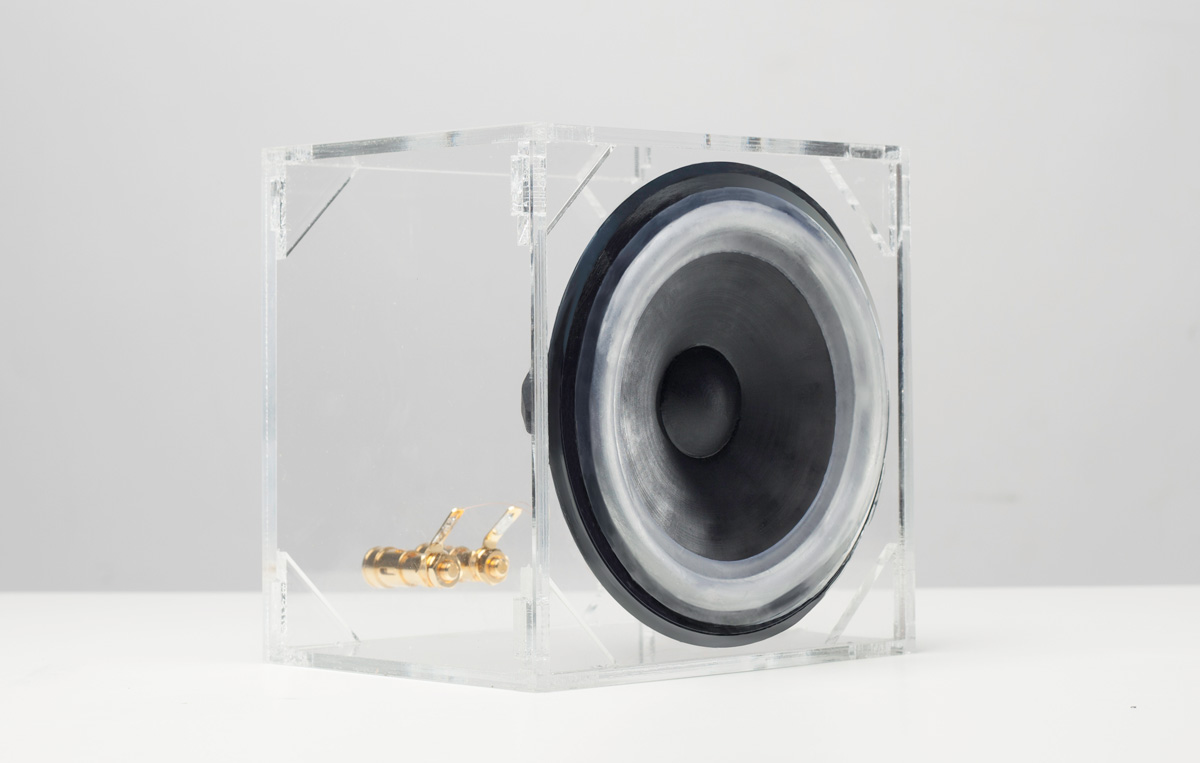 The speaker is being showcased as the final result of what can be obtained through the recent round of innovations introduced to the Form 1+.  One such innovation is the company’s brand new flexible resin, used for two of the seven 3D printed components in the speaker.  On top  of the new material, Formlabs has introduced a Draft Mode that will allow for high speed printing at a low resolution (200 micron). This will allow engineers and designers to print at speeds that are double those of leading FDM 3D printers without sacrificing surface quality. The feature, which is available in the latest version of the PreForm software, has been used to prototype the speaker as show in the video below.

The speaker is entirely 3D printed, except for the wires, magnets, and enclosure (all of which could potentially be 3D printed relatively soon). To fabricate its parts, Formlabs engineers also used a new Smart Supports feature, which uses a sophisticated algorithm to generate more robust, efficient, and definitely prettier print supports.

“We looked a lot at trussed bridges and trees to understand more elegant and efficient ways to offer greater support with fewer contact points. There’s a lot of math and engineering in those little structures.” said Andrey Mishchenko, Formlabs Software Engineer. The new supports result in reduced print times and use up to 60% less material. 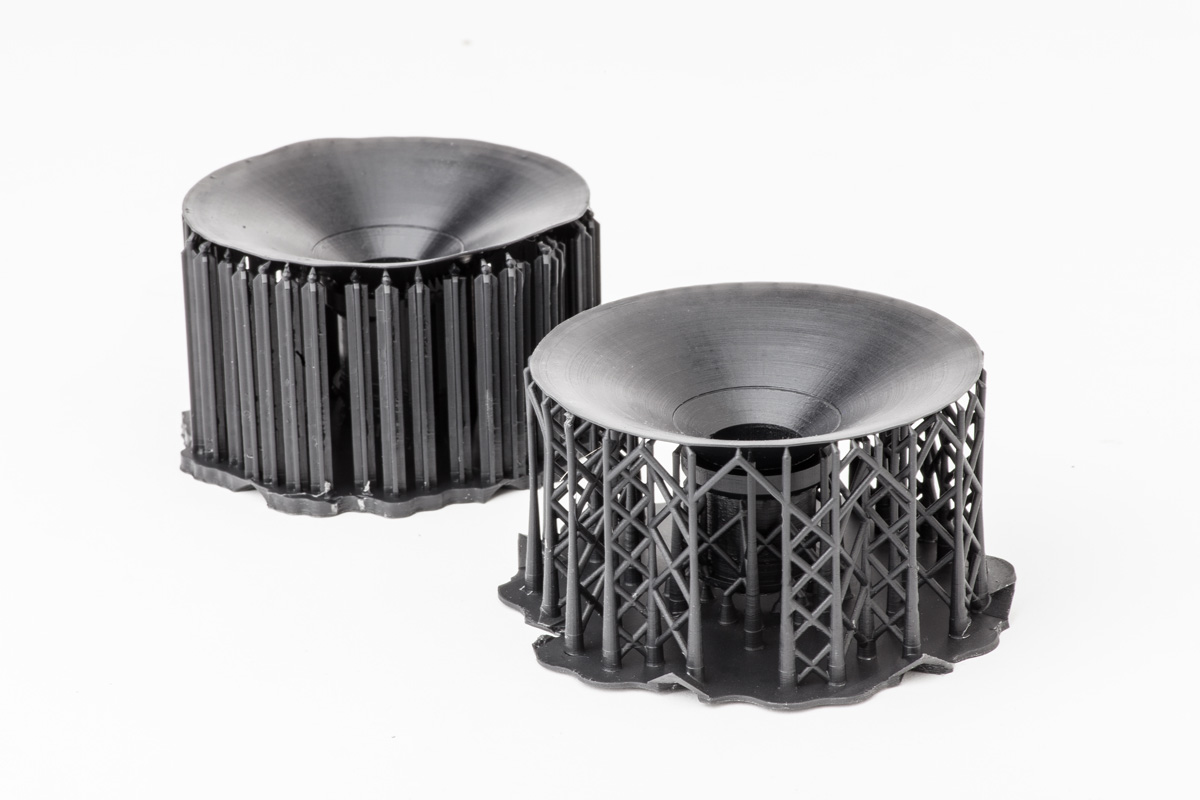 “At Formlabs, we’re obsessed with providing the best user experience possible, and we’re always experimenting with new ways to make our products better,” said Formlabs co-founder, Maxim Lobovsky. “Hardware is only half the story in 3D printing, and we’re proud to innovate just as profoundly in software.” 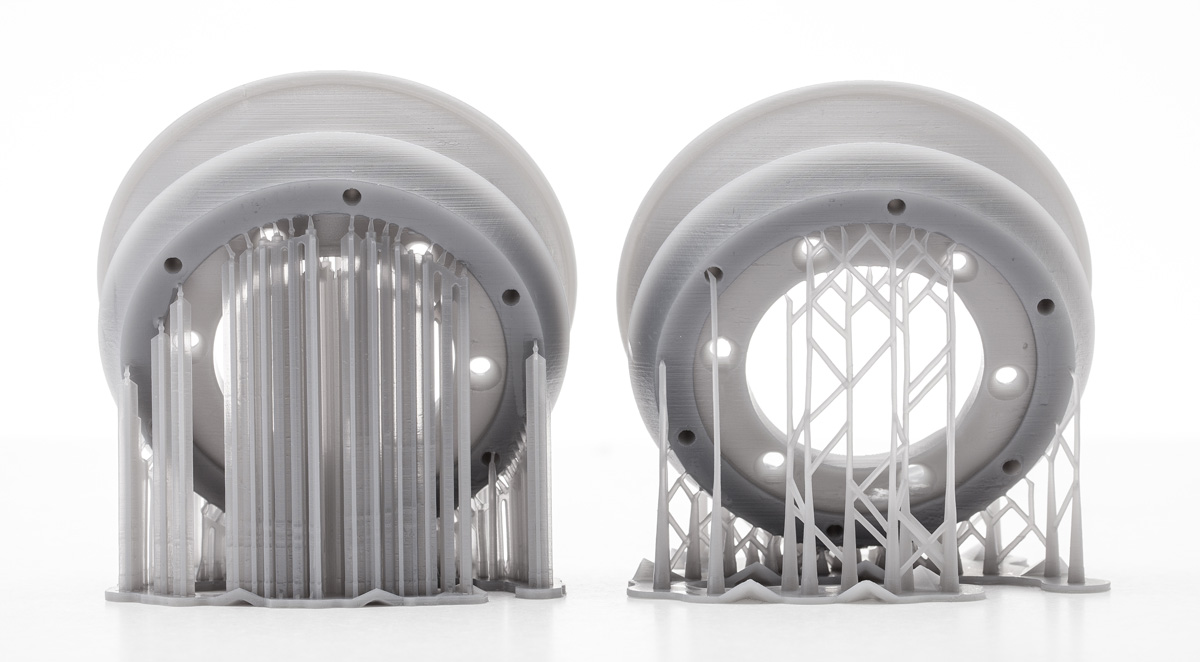 The software update with Draft Mode and Smart Supports, as well as a tutorial and models to create your very own 3D printed speaker are available now on http://formlabs.com. Many indicators have shown that 2015 will be a huge year for resin-based 3D printing.  And, having resolved its dispute with 3D Systems and consolidated its market presence for the past two years, Formlabs is perfectly positioned to take on the competition and – with the new high-speed, low-res mode – even disrupt the desktop fused filament market. 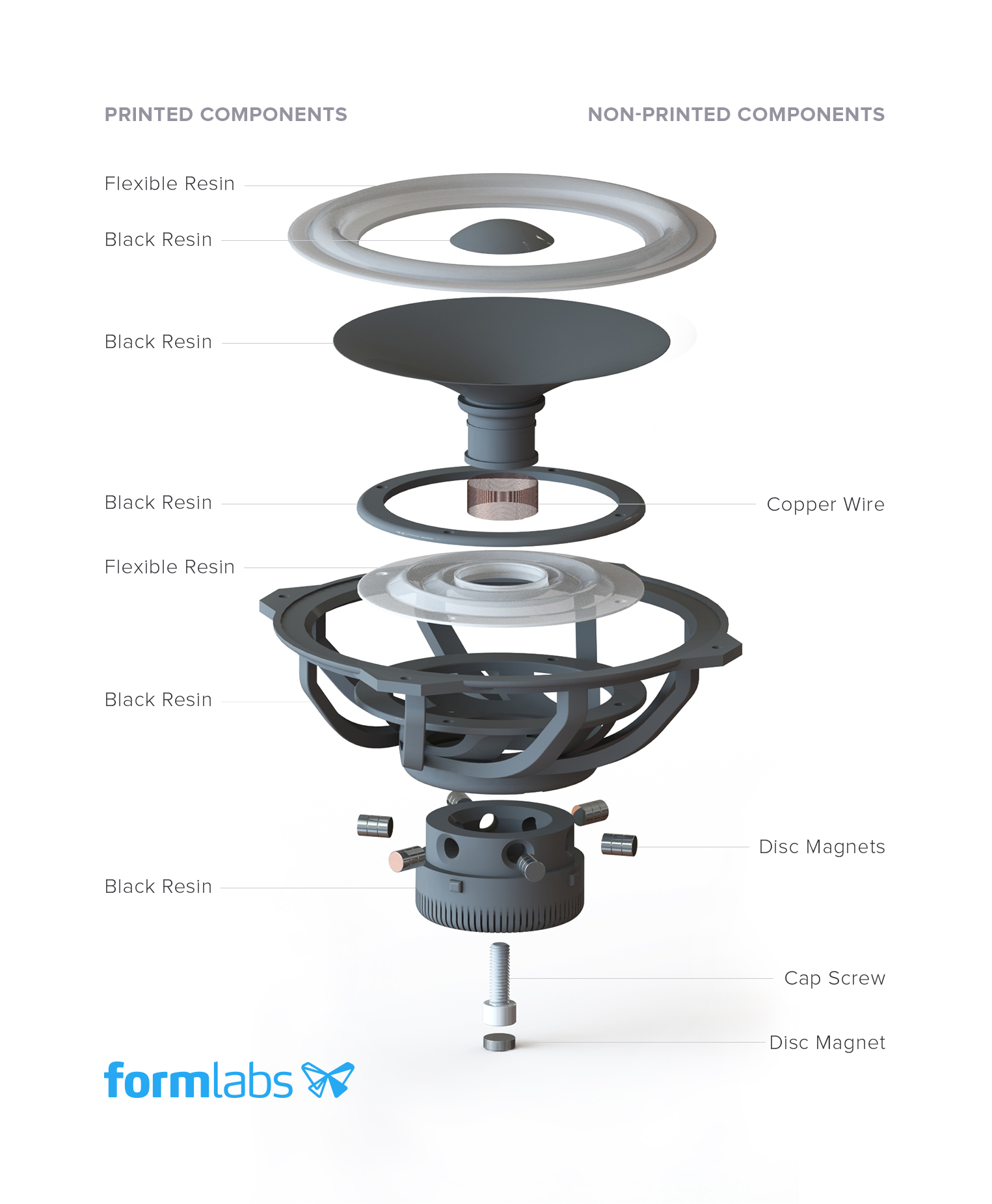