Fab Lab Set to Build Both Ideas and Communities in Greece

Since the the rise of the refugee crisis in Greece, it has left thousands of people displaced in a country they don’t feel welcome in, with little to no way of interacting with the locals. People stranded in Greece have felt the bitterness of segregation and the stigma surrounding their sudden arrival, a lack of basic living requirements isn’t the only issue they’re facing. Morale and the need for some sort of social interaction and manifestation of creativity is just as important to address, and with the help of a Fab Lab, things could change.

What is a FabLab?

A Fab Lab is a place where people can design, create and learn, with access to equipment which is usually out of reach for many members of local communities. There are around 1,000 labs currently, and that number is set to grow. Most Fab Labs provide access to a lazer cutter, sign cutter, NC milling machine, 3D printers and many other pieces of electronic technology and components to get users started in their projects. The Fab Lab network spans 30 countries, and acts as a global laboratory for shared ideas and research, making it a powerful tool for discovery and design. 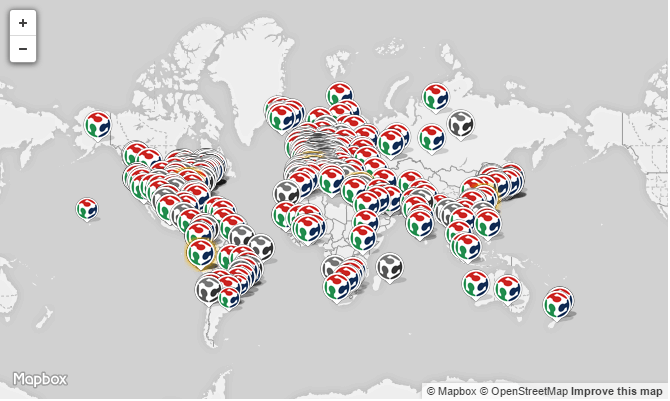 Those who use the labs learn by designing things related to their interests, so that passionate streak keeps the project alive and can even help contribute to worldwide research. They can even be used to help set up businesses, which can even help to stimulate economies where these labs have been established.

A ‘Fab Lab of Freedom’ called Habibi.Works has been built near Katsikas in Greece, and the project is powered by Soup & Socks. It has been built and is in the process of being set up to give both refugees and the people of Greece access to the equipment they need to create and explore the world of design. It also allows users of the lab to connect with specialists across the world to aid learning experiences whilst also allowing them to collaborate in projects no matter where in the world their collaborators are located. Habibi.Works also has a shop, allowing others to access items from anywhere.

This amazing project will allow refugees who before felt helpless and lost in the world feel empowered in their ideas and depth of intellect, and will allow them to explore their talents. Anyone who uses the Fab Lab can teach themselves or teach others various important skills using a hands-on approach. This could be an end to the segregation of Greek people and those stranded in their country have been facing, and could even help bridge the gap between the two communities.

How can they afford this?

The Lab functions on donations from the public, and the response has been pretty motivating. They’ve already had a lot of help from their sponsors and partners, which have allowed them to afford a lot of what they need already. However, they do have another donation campaign which you can support here to help keep the ball rolling.

It’s important to remember that those who have sought refuge anywhere in the world are people just like anyone else, and in this situation, their skills could even help to further research and discoveries in the Fab Lab. Though there’s still many issues that need to be addressed as part of the refugee crisis, the creation of this Fab Lab will at least allow people to make the most of their skills, build upon them, and take part in projects they enjoy as a means of taking a break from the stresses of their living conditions.