There have been a few different food printers that have come to the stage, like the Foodini, Candy, and the ChefJet from 3D Systems.  As amazing as these machines may be, they don’t quite fulfill the dream of a Star Trek replicator capable of delivering fully-cooked meals on demand.  The Foodini, for instance, can extrude food pastes into complex shapes, but the food must either be edible when raw or cooked after printing.  The ChefJet, on the other hand, can make some of the most beautiful pieces of food imaginable, but it’s limited to sugar-based structures.  As much as we might like to, we can’t eat candy for every meal and, so, we await a 3D printer that both prints the food and cooks it (and one that isn’t reserved for cosmonauts).  F3D is food printing research project that has that goal in mind. 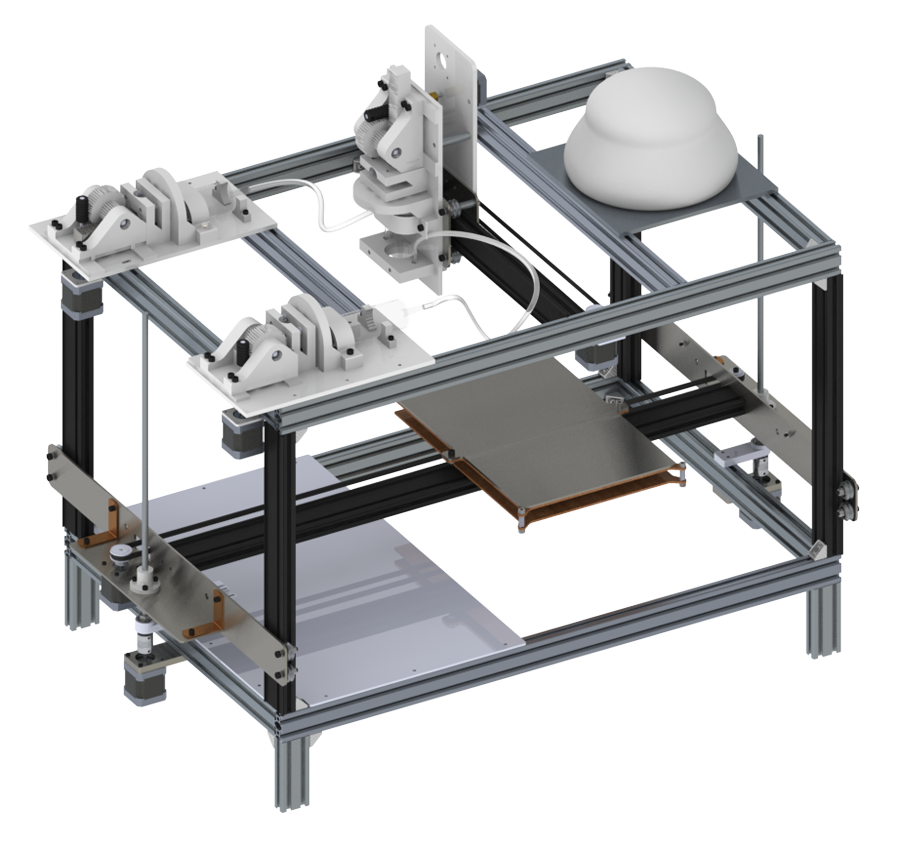 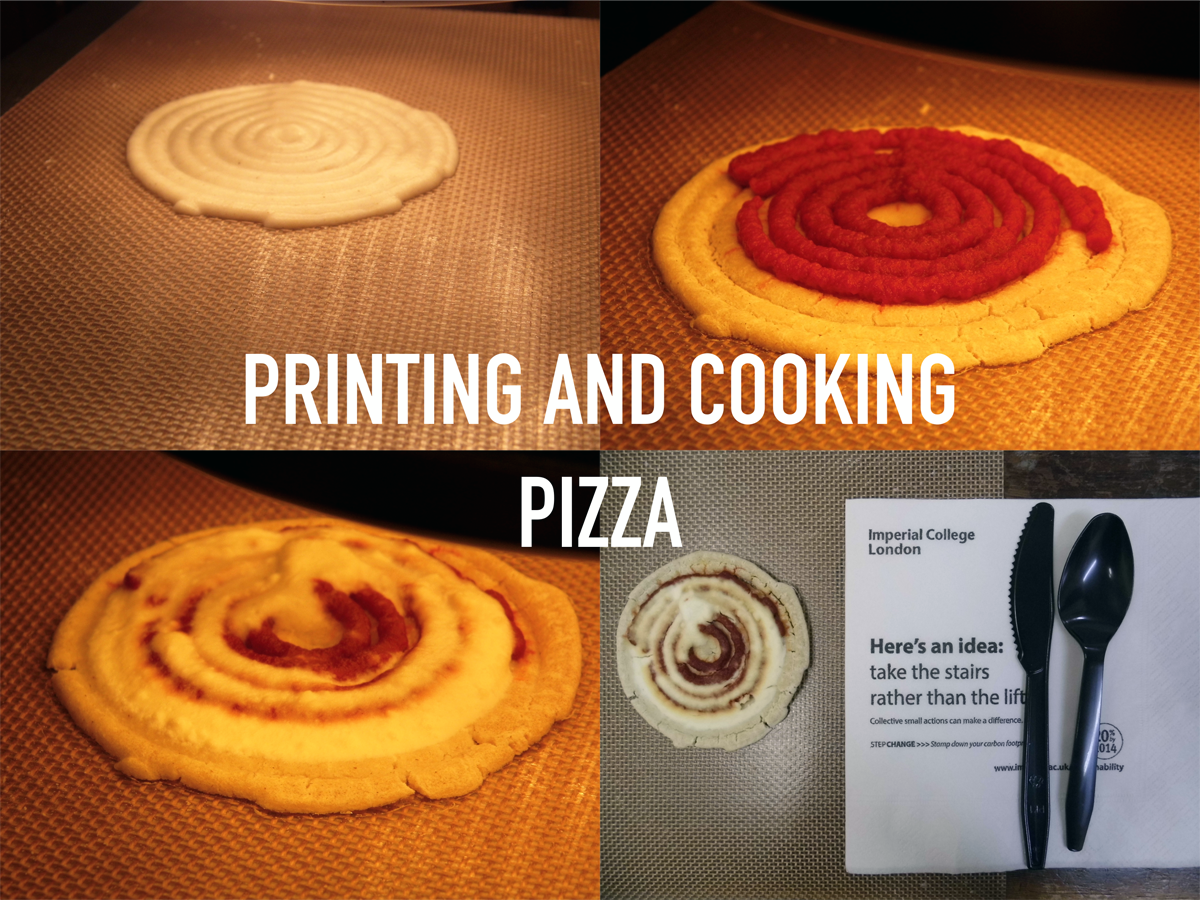 With a budget of £1,200, the students were able to construct a machine that can 3D print three different ingredients with three extruders and cook the entire dish with the halogen oven for just £1,145.19 (about $1900).  While it’s still in the prototype stage, F3D proved its potential by 3D printing a pizza – made from dough, cheese, and tomato puree – and cooking it in just 20 minutes.  In the video below, you’ll see F3D 3D print and bake its own name in cookie form:

Even if the 3D printer is still relatively simple at this stage (compared to the skills of a human chef), it is impressive, nonetheless.  In its most basic application, it could easily become a sophisticated toy for kids and, in its most actualized form, F3D becomes a powerful appliance from the future.  F3D’s creators have published their entire design and build process online, so it’s only a matter of time before it becomes modified by others or even fully appropriated by large corporations ready to take advantage of well-meaning students.