With a consumer friendly price tag, several eye catching colours and a sleek kitchen ready design the Candy Confectionery 3D Printer is hoping to kickstart itself into your home.

The industry has been trying to make 3D printed food a thing for a while now, and while it hasn’t been an easy road for 3D printers that use edible materials that is slowly starting to change. The London based start-up 3Dventures sees an opportunity to be one of the first to bring an affordable premium product to market and they plan to use Kickstarter to do it.

The Candy 3D Printer itself has a very minimalist design that could easily fit into a professional kitchen, but seems more aimed at the home market. The Candy will be available in several colours including blue, yellow and green and has an open design so that progress can be monitored throughout the printing process.

Take a look at their Kickstarter video here:

The real star of the Candy is the plug and play extruder that is compatible with any semi-solid food material including frosting, chocolate, marzipan and sugar paste. You simply need to fill the dispenser up with the material of your choice and select one of the dozens of pre-loaded designs and the Candy will start decorating your cake or creating garnishes. You can even customize your own decorations with the included digital design studio. The extruder will also be sold without Candy and can fit onto most home 3D printers. 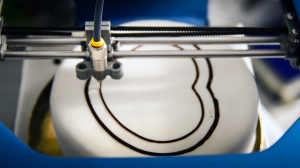 “Our challenge,” 3DVentures founder and CEO Razvan Creanga explained, “was to create a high-end, professional-grade confectionary-focused printer precise enough to feature in a pastry chef’s arsenal and intuitive and affordable enough to become a staple of the family kitchen. There’s already a general consensus that 3D printing is going to take on a central role in our collective culinary future, and we really believe that Candy is the fun and accessible first step the consumer market has been waiting for. Kids are going to love this, parents are going to love this, and chefs are going to be amazed at the possibilities Candy opens up for the dessert menu.” 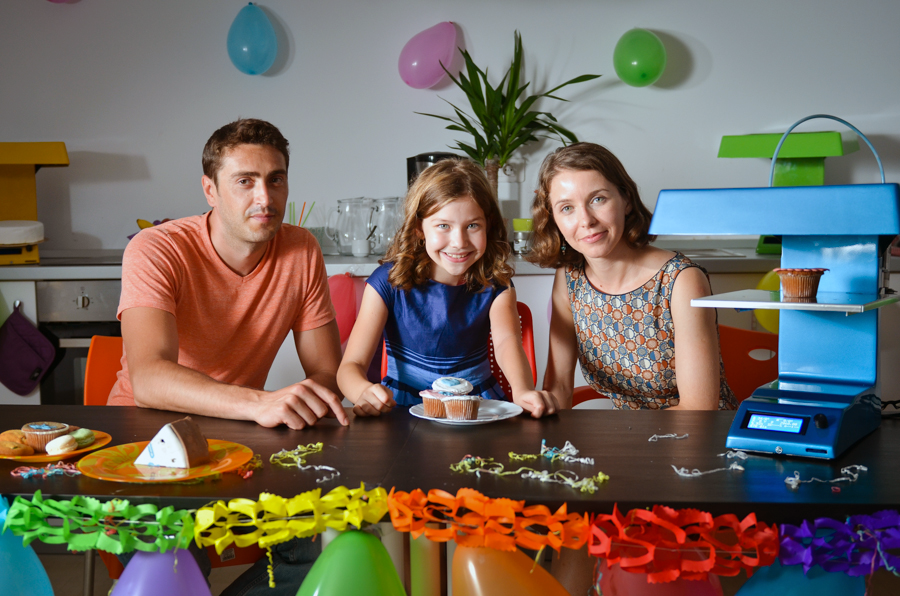 The Candy is being priced to move on Kickstarter with an early adopter price of $499. The price point seems a little low, although not unreasonably so. But I do worry that with 3D printer Kickstarters becoming riskier – especially with extremely low price points – the Candy may have a rough time of it. However the campaign is only going live today, so 3Dventures may have some surprises up their sleeves. We’ll update when there is more information available and we can see how the Kickstarter campaign is doing.