This temporary 3D printed pop-up store – itself a 3D printed structure – will be a space for visitors to experience 3D printed products, clothing, shoes and accessories. The pop-up store will be set up in the Xintiandi Style fashion and art shopping center located in Shanghai’s hip car-free Xintiandi entertainment district. 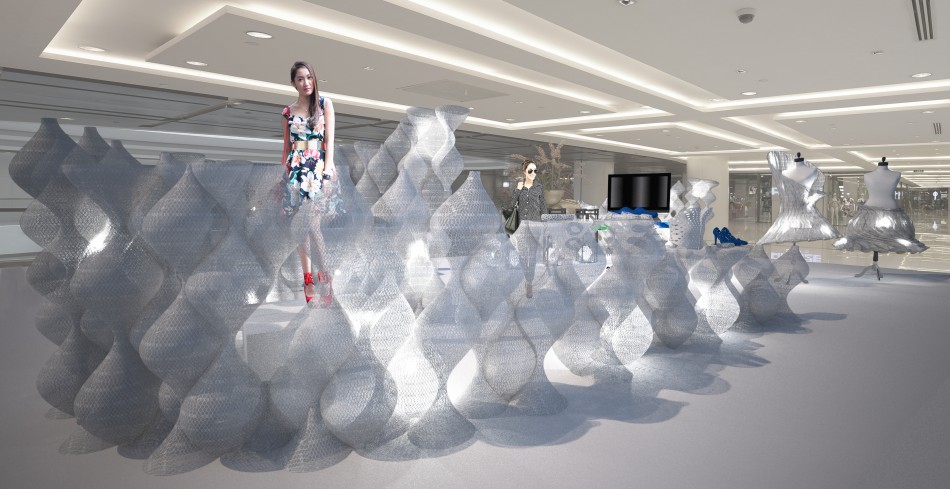 The structure of the store will be constructed of over 200 different 3D printed cocoons of varying levels of translucency. When the structure is complete, the cocoons will accurately mimic a sine curve — the pattern that creates equal distances between waves; basically, physics stuff that makes the natural wave pattern uniform — and is generated with a computer program.

According to Mamou-Mani the texture will vary for each cocoon creating a different opacity from piece to piece, making the structure feel as if the walls were made of lace or even of a natural material. The cocoons were 3D printed on three large-scale delta style 3D printers from HypeCask using a white PLA material. 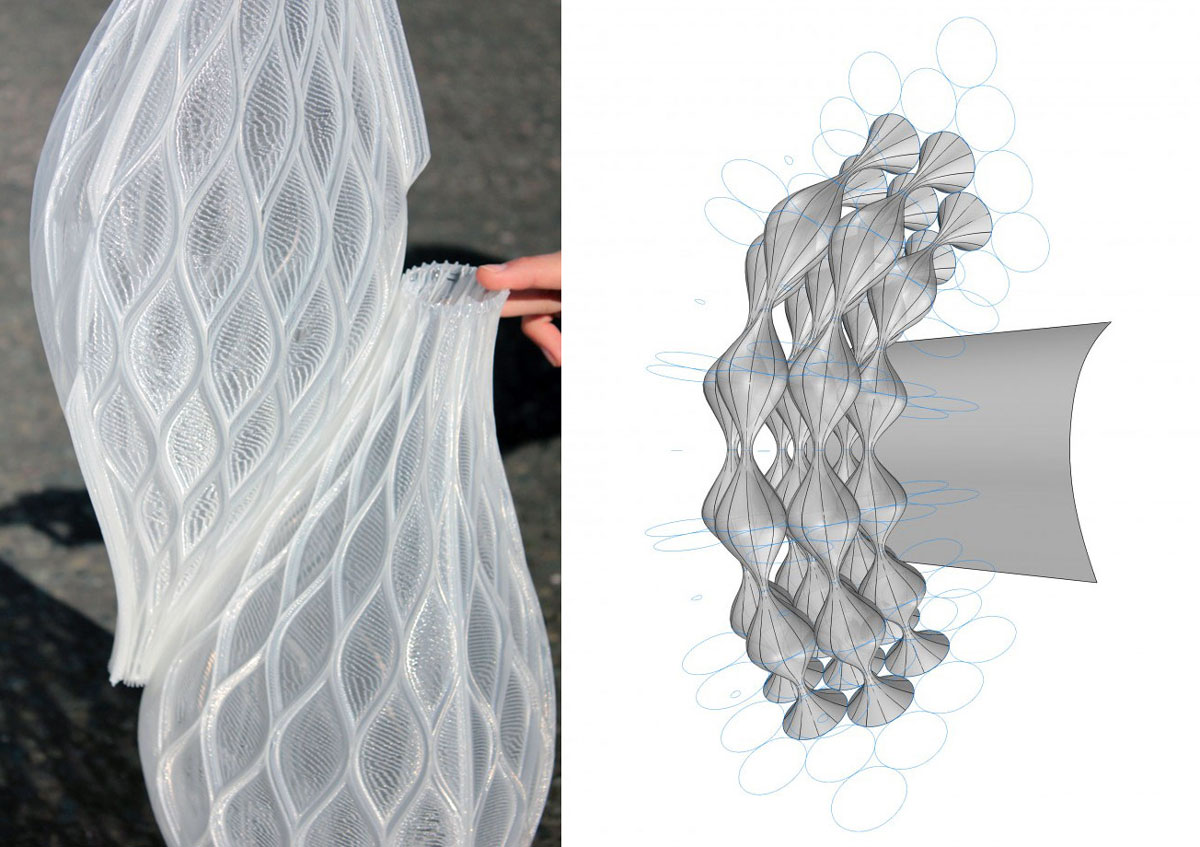 “When Xintiandi talked about doing this project at first, I sent a presentation with many different digital fabrication techniques, such as laser-cutting or CNC milling, which are more common for pavilion projects. I also sent them projects that I have done in the past with the different tools and asked them which one I should use for the pop-up store project. They immediately said “3D print the whole project!” explained designer and architect Arthur Mamou-Mani. “This was quite scary at first but I felt so lucky that a client was willing to let us experiment with such an advanced tool. This project will be one of the first of its kind.” 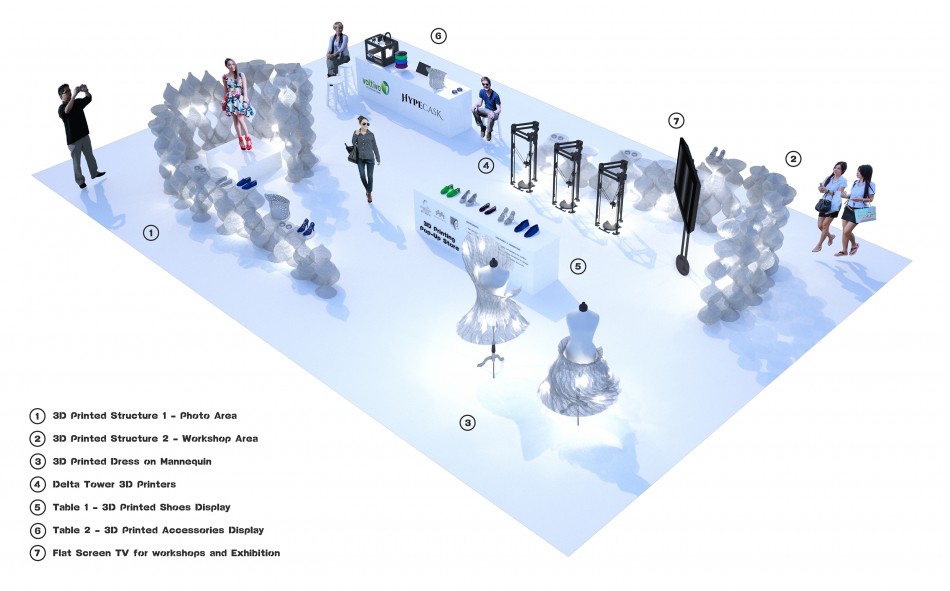 Within the 3D printed wall structures the shop will be laid out like a typical fashion store, however the items on display will be all 3D printed dresses, shoes and accessories, which visitors can interact with and even try on. Mamou-Mani is encouraging people to take photographs of themselves with the shop’s contents and share them on social media with the hashtag #3DPrintXTD.

“We had been pretty intrigued by the novel way of using the 3D printer to create objects which have not a lot in common with the traditional objects created with FDM,” said Hypecask co-founder Stephan Weiß. “Those lantern like structures which materialised in front of our eyes had a much more textile and elegant feeling to them, looking like being weaved instead of printed layer by layer.” 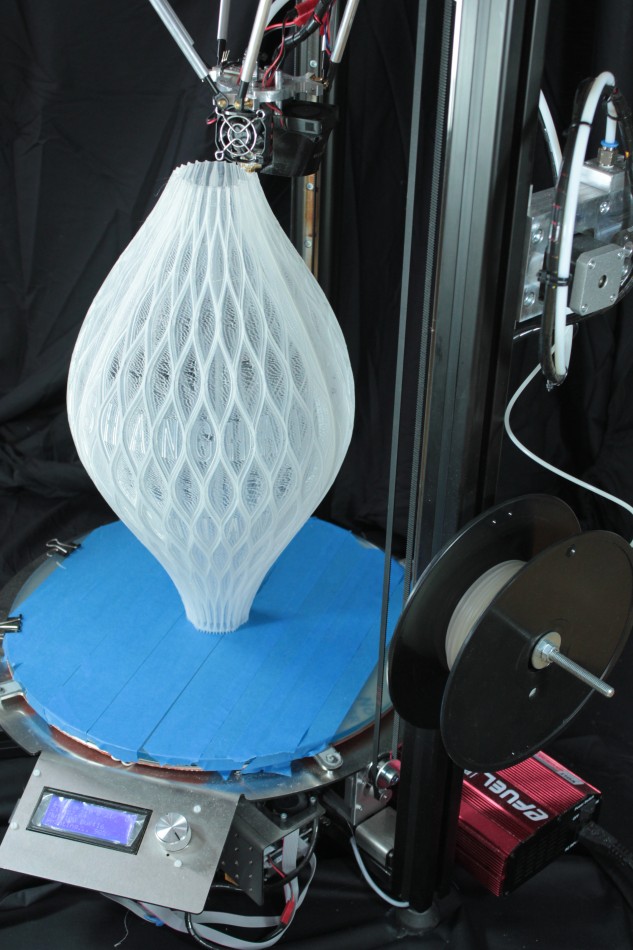 In addition to the structure being 3D printed, there will be three Delta Tower 3D printers running for the entirety of the exhibit. Mamou-Mani and his team will be running short 3D printing workshops for children, designers and curious visitors while the 3D printers create 3D printed accessories and pens in front of their eyes. Mamou-Mani is hopeful that the exhibit and the workshops will help new consumers discover 3D printing and the beautiful objects that it is capable of producing.

The Mamou-Mani 3D printed pop-up store will be open at Xintiandi Style during Shanghai Fashion Week from September 25th until October 12th.