The world of sculpture is nothing new to 3D printing, though Japanese aquarist Haruka Misawa has combined minimalism, 3D printing and aquarium life to create stunning pieces of living art.

Japan are well-known for their use of minimalistic interior and exterior design, focusing more on the arrangement of a select few items or simple designs which demonstrate a far more in-depth level of thought and careful consideration. Aquascapes are also a common feature, with carefully arranged layouts which display the country’s love for wabi-sabi composition. Takashi Amano is known for his use of this naturalistic type of design, and created a style in the 1990s which has only continued and taken new forms as time has gone on. 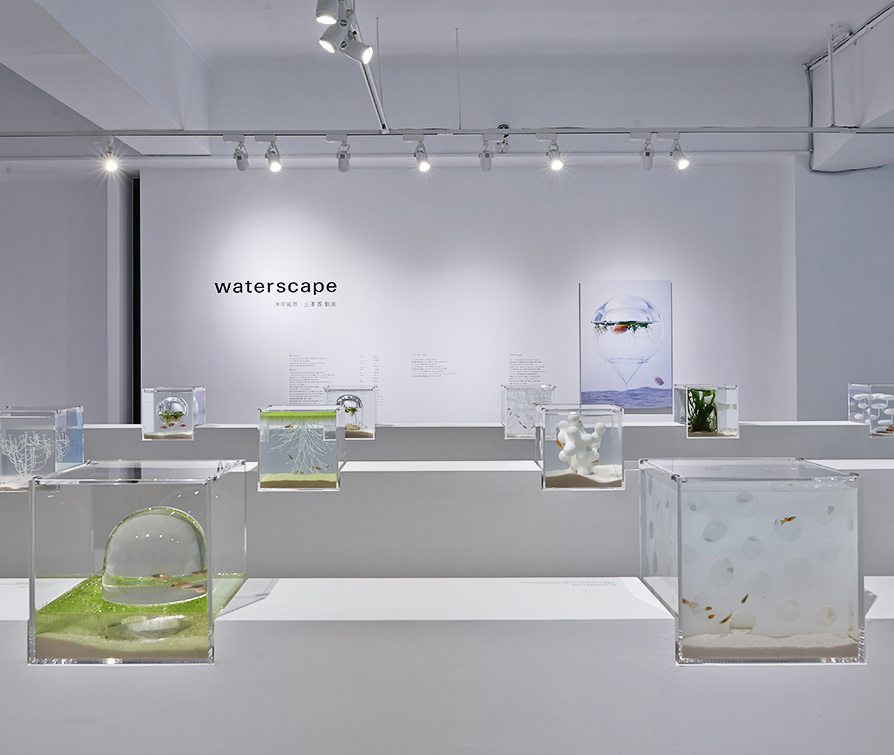 Misawa is a former alum from Nendo, a design company, who went on to found the Misawa Design Institute. She saw an opportunity to experiment and work with 3D printed sculpture and physics to create gorgeous aquascapes, and ‘sculpt’ the form water takes, making gravity and pressure work to her advantage. These structures and forms, inspired by natural forms, allowed the idea of nature and modern technology to work together in harmony, whilst allowing aquatic life to live comfortably. 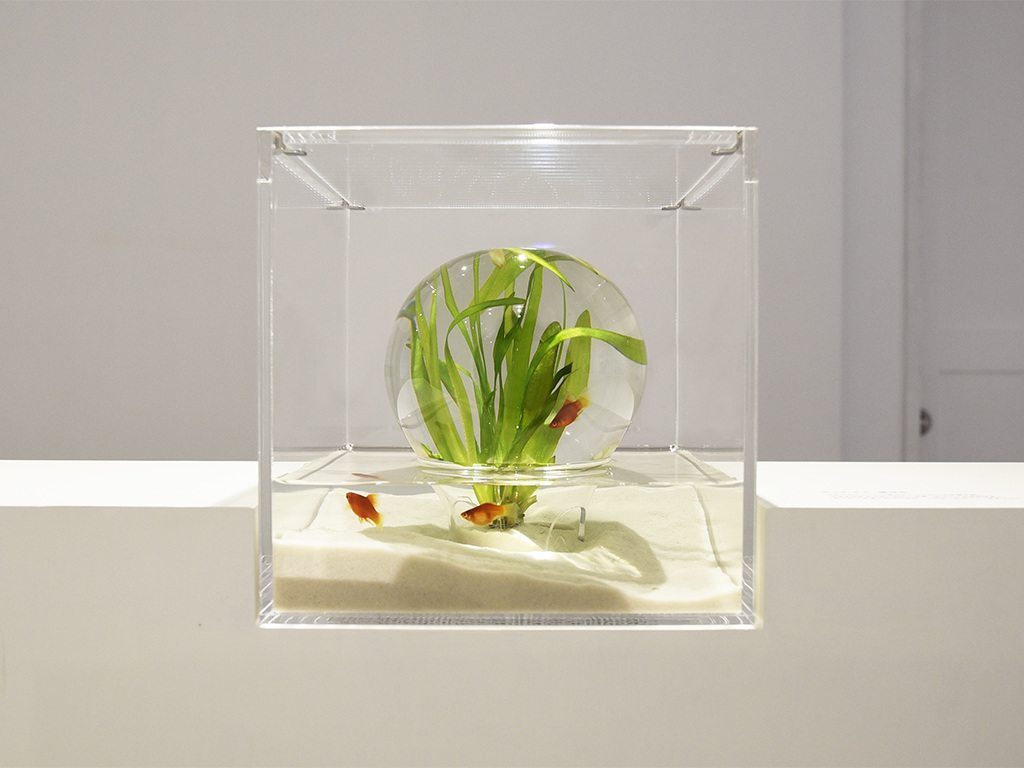 This project was achieved with help from Kennichi Hashimoto and Kosho Yamasaki, two 3D designers, which made it possible for these aquascapes to incorporate 3D printed designs. These small living spaces allow aquatic life to explore and hide within the forms installed where they live.

Some of the forms even act as protection, much like plant life and other natural forms that small fish normally hide behind. The use of air bubbles inside bowls also puts floating plant life at a level far lower than what many are used to, creating the effect of a floating orb in the middle of the aquarium, which fish can happily swim inside. 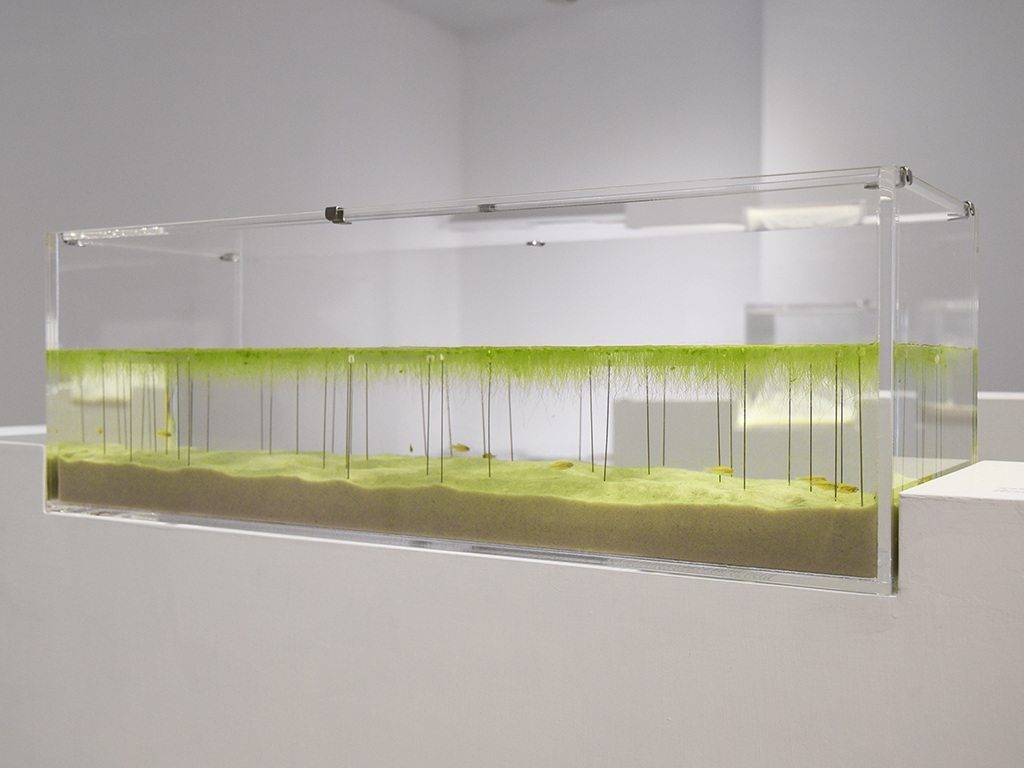 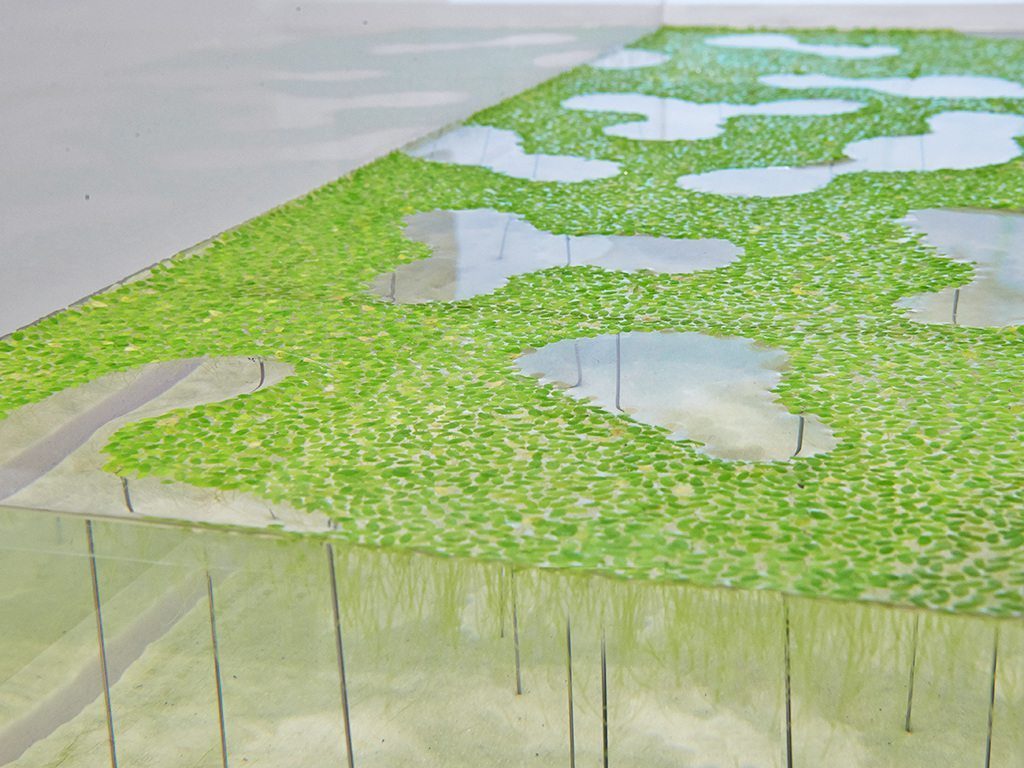 “The inner space of this fish tank is created by combining two simple elements of container and water, with an extraordinary world created that differs from the world with air…delicate structures that are prone to damage caused by their own weight on land are able to maintain a stable state because of the relative force of gravity and buoyancy.” Misawa says.

Misawa mentions, “Underneath the surface of water is a unique environment that exudes an energy which is completely opposite from that which is surrounded by air.”

These art pieces have recently been displayed in Taiwan, along with a book which documents each of the artscapes and how they work. They aren’t anything that can be sold to a mass market though as they’re prototypes, so there is no hope of anyone being able to buy these works. Despite this, they can be looked upon and admired regardless, though it’s definitely got me inspired about what ca be done to make a boring old aquarium into something of beauty.