Can 3D Printed Jet Engine Parts Save Us from Global Warming?

With air travel steadily increasing and jet exhaust contributing to about 3% of global CO2 emissions, it’s become clear that something needs to be done about the effect that jet engines have on the Earth’s atmosphere. In addition to shifting the fuel on which jets rely from fossil fuels to something potentially sustainable, like biofuels, planes can be made to operate more efficiently overall, thus curbing their carbon footprint. 3D printing is doing its part to save humanity from environmental catastrophe by doing just that.

CFM, the partnership between GE and France’s Snecma that is the largest producer of jet engines in the world, has utilized 3D printing to create engines that are more ecologically sustainable by rethinking the geometry of their individual parts and the materials from which they are made. Additive manufacturing will not only allow engineers to design the lightest and most aerodynamic parts possible, reducing the amount of gas necessary for a jet to fly, but it will also give them the power to print more ecologically friendly parts. Thanks to 3D printing, CFM’s new LEAP engines will have 3D printed, metal nozzles that will prevent the production of the greenhouse gas nitrogen oxide while still allowing the engine to run at high temperatures. 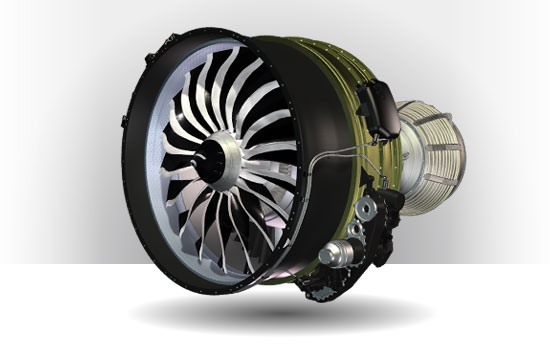 The LEAP engines will also feature parts printed from GE’s new ceramic composite material. The standard nickel-based parts in jet engines cannot withstand the high temperatures needed for jet propulsion. Consequently, some air within the engine is diverted through holes in these parts to keep them cool and prevent them from melting. Ceramic, on the other hand, will not melt in the face of high temperatures. And, while standard ceramic is too weak for such an industrial application, GE’s new material is reinforced for strength. By replacing some nickel-based parts with the ceramic composite, energy will no longer be wasted to cool those parts. In addition, the jets will be able to run at higher temperatures, burning fuel more efficiently and further reducing waste.

All of these factors combined will reduce the amount of gasoline used by the airplanes running them altogether.  As the LEAP engines are thought to use 15% less fuel than current models, they will help airlines follow current and predicted emissions regulations while saving them up to a $1 million annually. Though the production of LEAP engines is just getting underway, major airplane manufacturers are already jumping on them, with Boeing,  Airbus, and the Chinese company, Comac, placing orders for the new engines.

A recent study by the Dr. Ulrike Burkhardt and Dr. Bernd Karcher, of the German Aerospace Centre at the Institute for Atmospheric Physics, found that, though jet emissions are responsible for about 3% of global emissions, those long, white clouds released by planes, called contrails, actually contribute more to global warming than CO2. Whether or not CFM’s new engines will have an effect on the release of contrails has not yet been revealed. Either way, any reduction in global warming is a good one because, with even the most, supposedly, liberal politicians neglecting climate change, we are already experiencing effects of the crisis, according to the environmentalist group 350.org:

…we’re already beginning to see disastrous impacts on people and places all over the world. Glaciers everywhere are melting and disappearing fast—and they are a source of drinking water for hundreds of millions of people. Mosquitoes, who like a warmer world, are spreading into lots of new places, and bringing malaria and dengue fever with them. Drought is becoming much more common, making food harder to grow in many places. Sea levels have begun to rise, and scientists warn that they could go up as much as several meters this century. If that happens, many of the world’s cities, island nations, and farmland will be underwater. The oceans are growing more acidic because of the CO2 they are absorbing, which makes it harder for animals like corals and clams to build and maintain their shells and skeletons. Coral reefs could start dissolving at an atmospheric CO2 concentration of 450-500 ppm. Along with increased intensity of extreme weather, such as hurricanes and blizzards, these impacts are combining to exacerbate conflicts and security issues in already resource-strapped regions.

As we shift to ever more efficient industrial and cultural practices, however, it’s my hope that we can fight these changes and bring global CO2 concentration down to 350 ppm. If more companies make the move to such sustainable measures, we may just stand a chance.