At the Shemer Art Center in Phoenix, Arizona from October 17 to November 27 is an extensive art exhibition devoted to 3D printed artwork.  And, at the center of the “Materialize: 3D Printing & Rapid Prototyping” exhibit  is one enormous piece by artist Kevin Caron.  At 36″ tall, Simple Planes With Aquamarine Stripe is a tribute to the possibilities of art made via 3D printing, as well as the capabilities of the Gigante 3D printer from Cerebrus 3D. 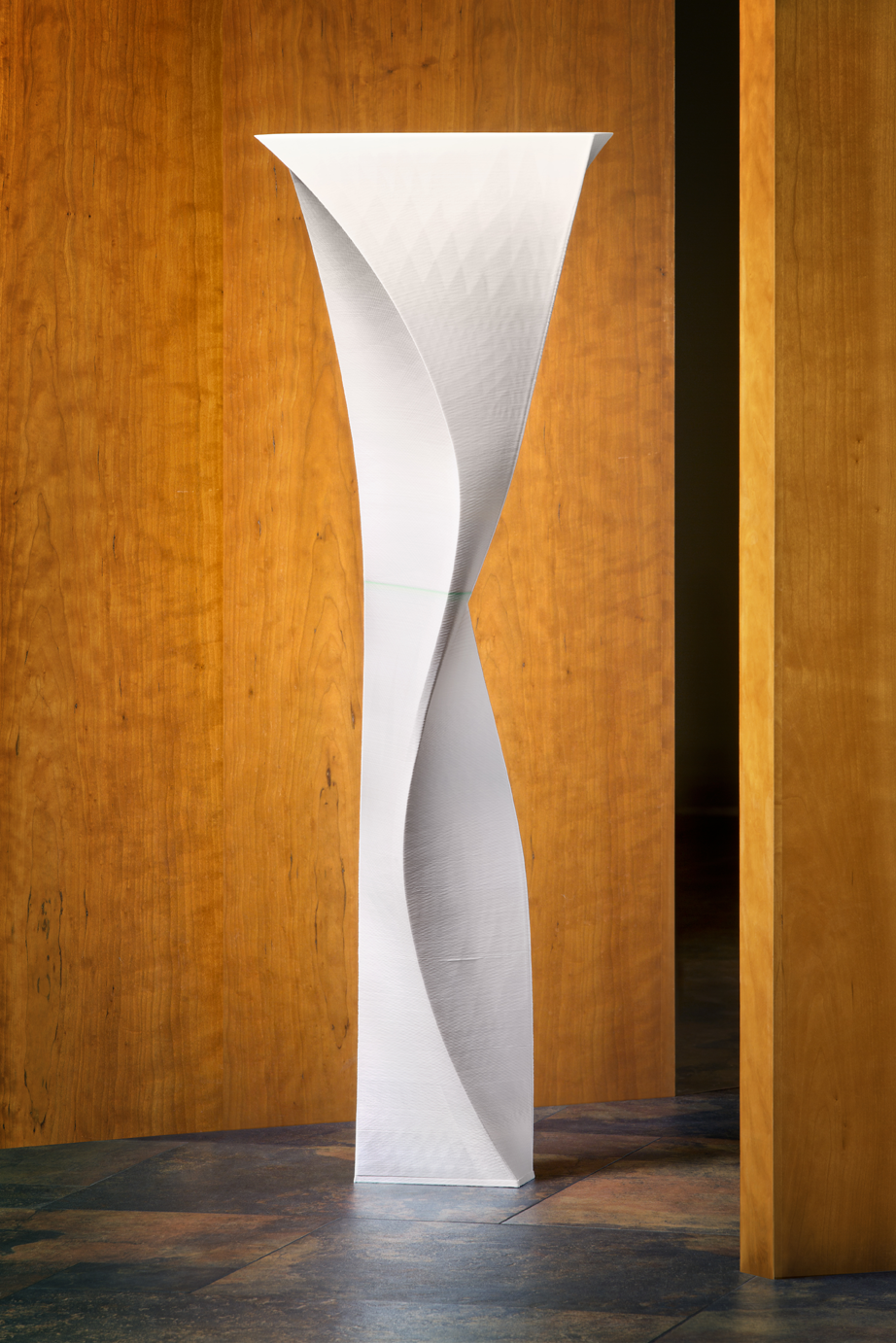 Caron’s Simple Planes With Aquamarine Stripe is a large, twisted slab – part of Caron’s Twisted Slab series – with a single aquamarine stripe, 3D printed in plastic from the Gigante 3D printer, capable of 3D printing objects up to 54″ tall and 34″ in diameter.  Cerebrus 3D claims that the Gigante is the largest consumer 3D printer available on the market.  It is taller than the BigRep 3D printer, which is about 42″ tall, but nowhere as tall as the Part Daddy from SeeMeCNC, which stands at a mighty 16.2’. You can watch Caron begin working with the Gigante as it makes its first print in the video below.

The artist explains how that single strip of aquamarine landed in his piece, as well as the finicky nature of 3D printing, “This sculpture is a great example of the unanticipated nuances of this technology. Halfway through the print, a mysterious line appeared, hence the sculpture’s name. Rather than ruining the artwork, the aberration adds immeasurably to its beauty and mystery.” 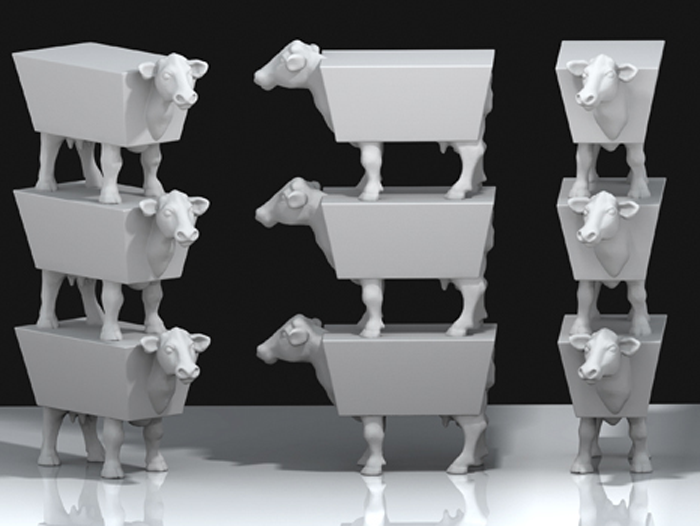 Along with Caron’s piece, the exhibition will include work from over 20 artists from around the country, including “Stacking Cows” from artist David Ness, pictured above.  The series will also feature a panel discussion about whether or not 3D printed art can actually be considered art.  As an established sculptor, Caron is emphatic in his answer, “There’s no question in my mind. This technology is merely a tool. Anyone who thinks it involves merely pushing a button deserves to learn more.”