This Week past has seen the Milan Furniture Fair take place and it was used as the launch pad for a new collaboration and a fascinating open design competition based on a modular concept.

The collaboration is between leading 3DP service provider Sculpteo, renowned designer Tom Dixon, leading 3D software developer Dassault Systèmes and 3DP manufacturer Stratasys. During the week of the fair, Tom Dixon took over the National Museum of Science and Technology (in Milan) for the second year running and turned it into a creative hub where Sculpteo showcased its 3D printing service and technology provided by Stratasys. Visitors were able to watch as Sculpteo turned 3D files into real objects by 3D printing models at the MOST event using a Stratasys Mojo 3D Printer.

The event was also used to launch an open design contest based on a modular concept for international designers. Tom Dixon in collaboration with DS has taken the inclusive decision to give participants access to design files of some of his new products, and is challenging them to re-configure and remix them into different functional objects using interconnecting joints (data supplied also) that can be 3D printed. 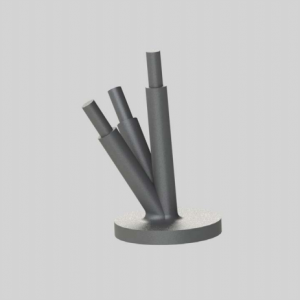 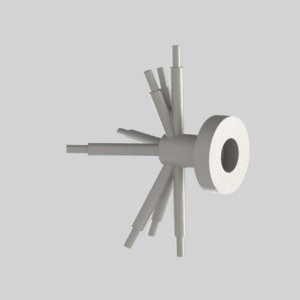 Accordingly, the idea behind the project is to encourage the online community to participate, contribute designs and to be inspired by the creativity offered by 3D printing. The contest is open now and will accept submissions until 30 June 2013. After which a panel of judges, which includes Tom himself, will select the winner, which will be announced on 31st. The winner will receive an iPad, while their design will be 3D printed using Stratasys technology, assembled and featured at the Maison & Objet trade show in Paris, in September.

More information about the competition and entry details, can be found here.