From 3D printed figurines to the controversial cross-guarded lightsaber from The Force Awakens, Star Wars and 3D printing technology go together like Han Solo and Chewy. Props and figures from the Star Wars films have flooded 3D printing marketplaces, and now, 3D Hubs is hosting the Star Wars 3D Design and Print Competition, a challenge to see who can design the “best 3D printable Star Wars props” in the galaxy. This isn’t just a challenge to see who the biggest Star Wars fan is, 3D Hubs is on the look for an innovative and fresh design of a never-before-seen 3D printable Star Wars gadget.

To participate, competitors can either attach the .stl file to a comment on their Talk post, or, the design can be uploaded to Youmagine and share the link in a comment. 3D Hubs also asks to upload a picture of a finished 3D print in order to showcase the result of the submitted design, as well as a brief description about the prop. The Imperial Court of judges will be made-up of employees from 3D Hubs and Ultimaker, and will choose their favorite prop design on March 21. 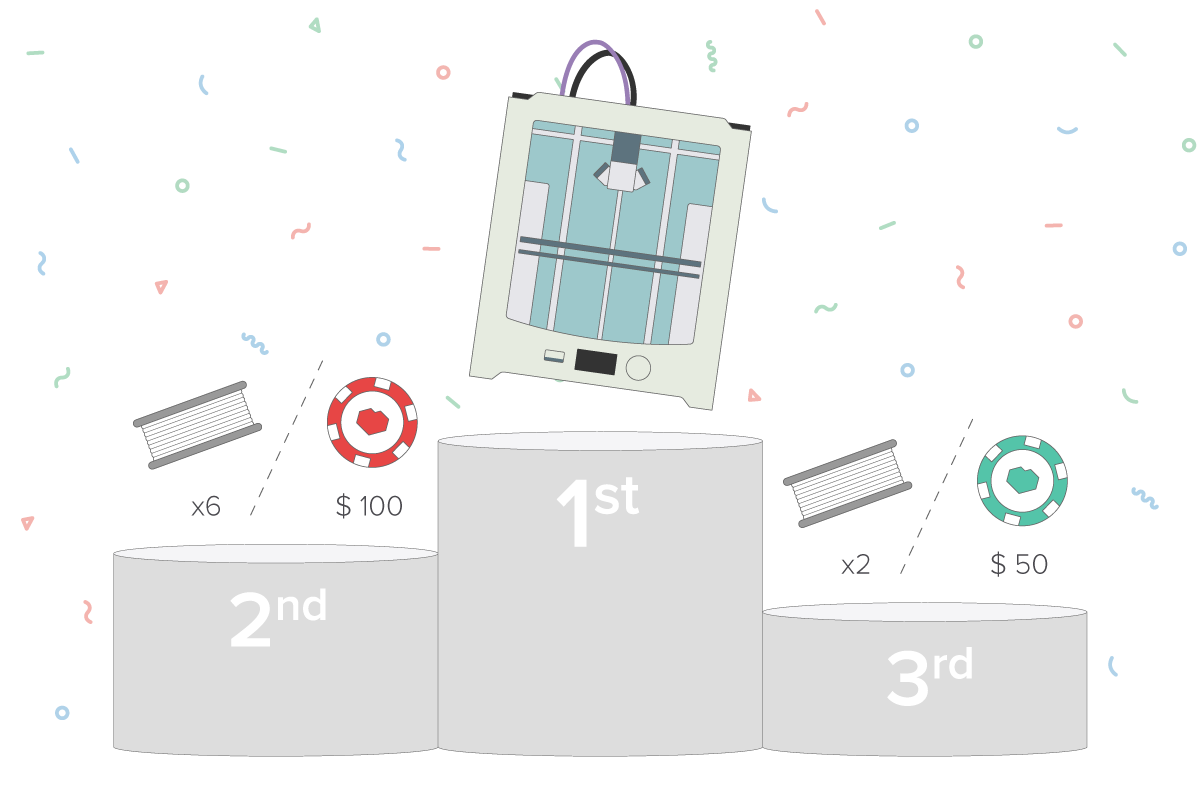 Teaming up with Ultimaker and ColorFabb, the 3D Hubs competition will feature some worthwhile prizes. First place will receive the new Ultimaker 2+, the new 3D printer recently presented at CES 2016, which retails at $2499. Second prize includes six spools of ColorFabb nGen or a €100 3D Hubs voucher, while third can choose between two spools of nGen or a €50 3D Hubs voucher.  3D Hubs is asking Star Wars fans to add to the expansive galaxy portrayed in the classic film with their 3D design skills. The final submission date is March 21, so if you think you have the force in you, get started on designing your Star Wars prop now! As Yoda would say, “Do or do not, there is no try.”