Blast Off with Full-Color 3D Printed Spacecraft from Elite Dangerous

3D printing is helping to take your favorite game-based props and characters off of the screen and into your hand. 3D print merchandisers like the France-based FabZat have placed a primary focus on customized 3D printed content from video games like Minecraft and World of Warcraft. Even game developers themselves are getting involved in the 3D printing hype, G21’s XMODULE racing game recently announced that their in-game cars would be offered in the form of custom 3D prints.

Now, video game developer Frontier Developments and 3D printing merchandiser Eucl3D are collaborating to offer 3D printed spaceships from the game Elite Dangerous, a space adventure and combat simulator accurately based in the Milky Way galaxy and available on PC, Xbox One, and Playstation 4. The game is the third installment of the legendary Elite series, which was first created all the way back in 1984, and has continued to launch gamers into outer space ever since. Eucl3D will be 3D printing three of the most popular in-game ships in full-color sandstone, and will be available to Elite Dangerous fans around the globe. 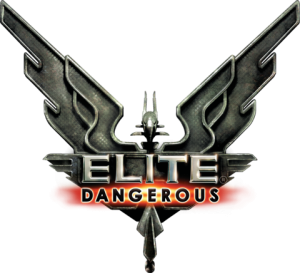 The three ships that will be 3D printed are the Viper (my personal favorite), the Anaconda, and the Cobra. Though I’ve never personally played Elite Dangerous, I can definitely tell that a lot of detailed attention was put into each of the three spaceships. And, unlike some other 3D printed merchandise out there, these spaceships are surprisingly affordable, each one is priced at just $29.99. Each full-colored print looks as if it was a built DIY model kit, accurately basing the detailed colors and components directly from the Elite Dangerous world.

Eucl3D has also collaborated to bring other video games to life through 3D printing, such as the spaceships from the Kerbal Space Program. Now, while you’re exploring the virtual universe of Elite Dangerous, you can have your favorite in-game spaceship right by your side in full-color sandstone. After Eucl3D finishes the 3D print, the ships are hand-packaged and shipped out to customers. While you combat other players in the vast Milky Way galaxy, you can sit beside your favorite Elite Dangerous spaceship for an affordable price.