As CES 2016 Las Vegas comes to a close this weekend, it seems that few companies have had as much CES success as XYZprinting. The Taiwan-based company rolled out a number of new products at the popular consumer electronics trade show, including two consumer and three professional-grade 3D printers (expanding into inkjet, DLP, and full-color binder jet printing). Although XYZ printing unveiled a number of their high-grade printing machines at the Sands Expo Convention Center, it was their little guy who ended up getting all of the attention. 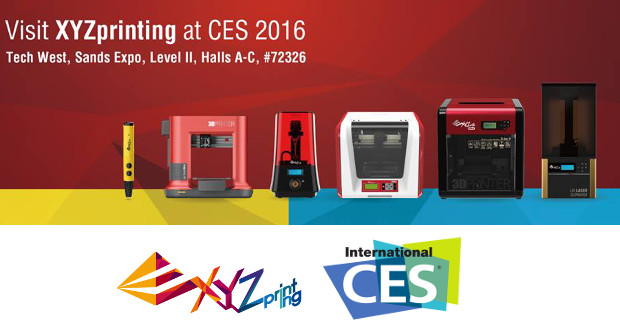 On Thursday night, at CES 2016, Reviewed.com (a division of USA TODAY) experts honored the newly unveiled da Vinci Mini with with the CES Editors’ Choice Award, praising XYZprinting’s compact 3D printer for being the most affordable on the consumer market. The Reviewed.com staff was adamant about the low price point (around $269) and compact size, stating that “while it doesn’t solve the issues that continue to challenge many consumer-level printers, it’s small, affordable, and will let you indulge your passion without taking up loads of space—or breaking the bank.” The da Vinci Mini was also recognized by Reviewed.com for its performance capability as well.

“We are excited to be recognized by the Reviewed.com/USA Today CES Editors’ Choice Awards again in 2016,” said Simon Shen, CEO, XYZprinting. “XYZprinting is dedicated to bringing affordable and approachable 3D printing technology to the masses, and this award gives us validation that we are doing just that.” 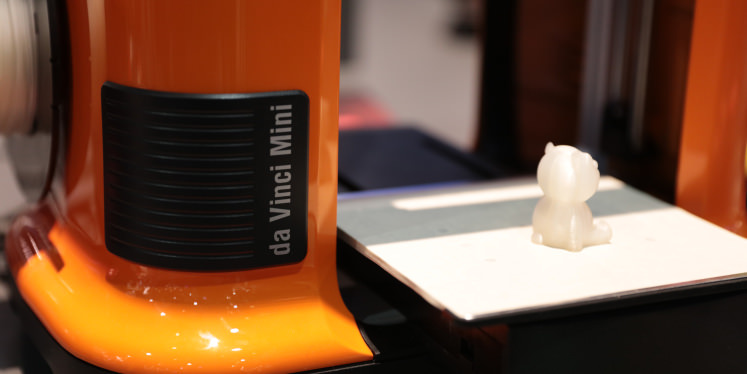 Shen and the XYZprinting team certainly have a reason or two to feel validated, as they have quickly become one of the most versatile and affordable 3D printing companies out there. Though I wasn’t able to see their showcase this week in Las Vegas, I did get to attend a XYZprinting demo in New York City last year, which definitely gave me the notion that this company was going at 3D printing from every possible angle. XYZprinting plans to release the da Vinci Mini sometime during the third quarter of 2016, and might get a big boost from the early accolades it has earned at CES 2016. They’re certainly off to a good start this year, and if good reviews and praise keep pouring in for the da Vinci Mini, the low price point will definitely help compel consumers to make this miniaturized 3D printer their own.