There are now 3D print shops in just about every major city. When they open up in exotic places, however, they best represent the idea of distributed manufacturing, one of the major promises of 3D printing for the future of manufacturing. Recently I accidentally ran into ARChub on the web, the first (and, as of now, still the only) 3D print shop in Phnom Penh, the capital city of Cambodia, and I set out on finding out more about their experience. The first thing that became clear is that, about two years after opening, they are still in business and doing just fine.

Ki Chong Tran, ARChub’s founder, was born in California from Cambodian parents. He set out to make a difference by helping people in Cambodia become very skilled at designing and 3D printing products, so that they could gain a better understanding of the world around them. “I always felt that it was unfair that most people either had never heard of Cambodia or only knew about Cambodia as a place of war and poverty,” he explained. “In reality, Cambodia and many other developing countries are amazing places to live and filled with very smart and capable people, but it is something that most people will never experience or understand. I think people have forgotten that you don’t need a shopping mall on every corner to be happy and great strength can come from unexpected places.” 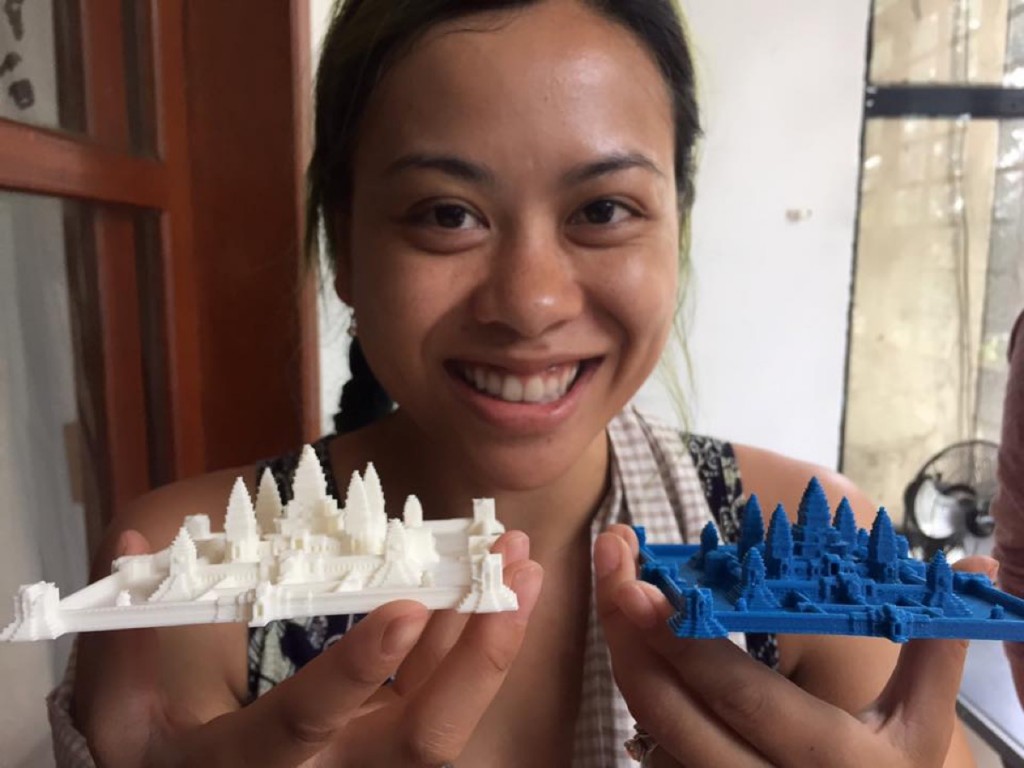 ARChub’s main service is local 3D printing and 3D design. Anyone with an idea or a picture can turn to them for help in designing it and making it into a real object. “We try to make it as easy as possible for someone to make something because most people in Cambodia have never heard of or seen 3D printing before so making the technology accessible is a top priority for us.” says Ki Chong.

Currently the shop’s main customers are NGOs (non-governmental organization) or non-profit organizations that focus on social impact. Although Cambodia is a country that is rapidly developing, it still has one of the highest concentrations of NGOs per capita in the world. “We work on educating youth such with NGO’s such as the Liger Learning Center and Cambodian Children’s Fund,” Ki Chong goes on. “We also work with organizations that focus on providing real practical products for farmers in rural Cambodia such as the National Biodigester Programme and Agrismart . We try to focus our efforts on teaching 3D printing skills or making 3D printed objects that could have a wider positive impact on society.”

As in many similar experiences, other clients include local private businesses such as architects and manufacturers who need scale models or prototypes. Final customers include individuals who are inventors or would-be entrepreneurs who have an idea for a product. “With 3D printer, we can help people build new businesses in a place where capital and manufacturing capacity are very limited,” says Ki Chong

In the beginning the shop offered several different types of 3D printers, but now they mainly use and sell the UP line of 3D printers from Tiertime. They have also become the first authorized 3D printer distributor in Cambodia, with Tiertime as the manufacturer. Selling 3D printers is an important part of the business but the main priority remains education. The shop works with many different local schools, universities (as well as NGO’s) to teach 3D design and 3D printing. Ki Chong Tran explained that the Cambodian recently released its Industrial Development Policy, which highlights a crucial need for technically skilled labor in Cambodia in order for Cambodia to continue a healthy path of economic development. 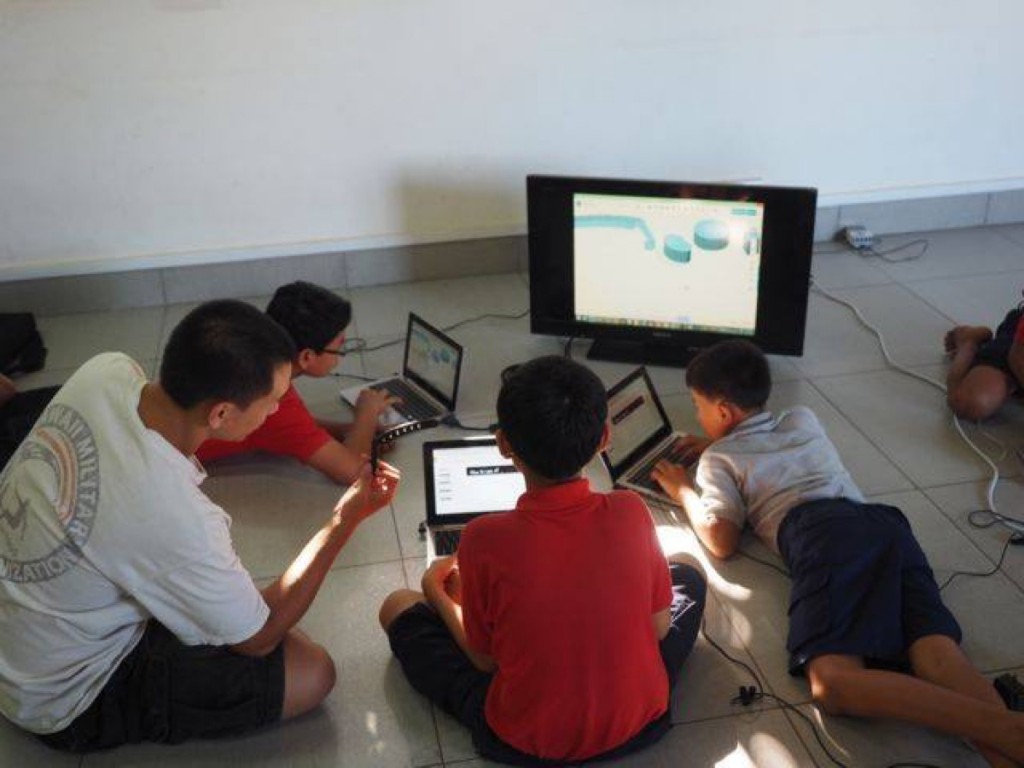 “After the Khmer Rouge genocide, Cambodia has relied mainly on 3 industries: agricultural, tourism, and garment manufacturing.  Garment manufacturing relies on low skill and low cost labor, but this is not sustainable and does not help people develop skills for jobs outside of the factory,” Ki Chong explains. “We teach 3D design skills because it empowers people to be creative and create things that could benefit their communities instead of cutting dresses for people to wear thousands of miles away.”

Using 3D printing, ARChub can help Cambodia “leapfrog” technology, which is the same thing that happened when mobile phones “leapfrogged” over landline telephones. In fact, Ki Chong revealed that Cambodia was the very first country in the world to have more mobile phones than landline telephones. “I thought the same thing could be done with 3D printing over traditional manufacturing and Cambodia is the perfect place because it has a young population that is hungry for new skills and there is very limited existing production capacity in the country,”  he says.

In fact, even after nearly 2 years in business her shop is still the only 3D printing service in Cambodia. However, the scope of their projects is expanding rapidly and they have recently begun to we work closely with an NGO called Golden West Humanitarian Foundation, using 3D printing to create tools that help diffuse land minds in Cambodia. It really does not get any more “distributed” and “useful” than this. 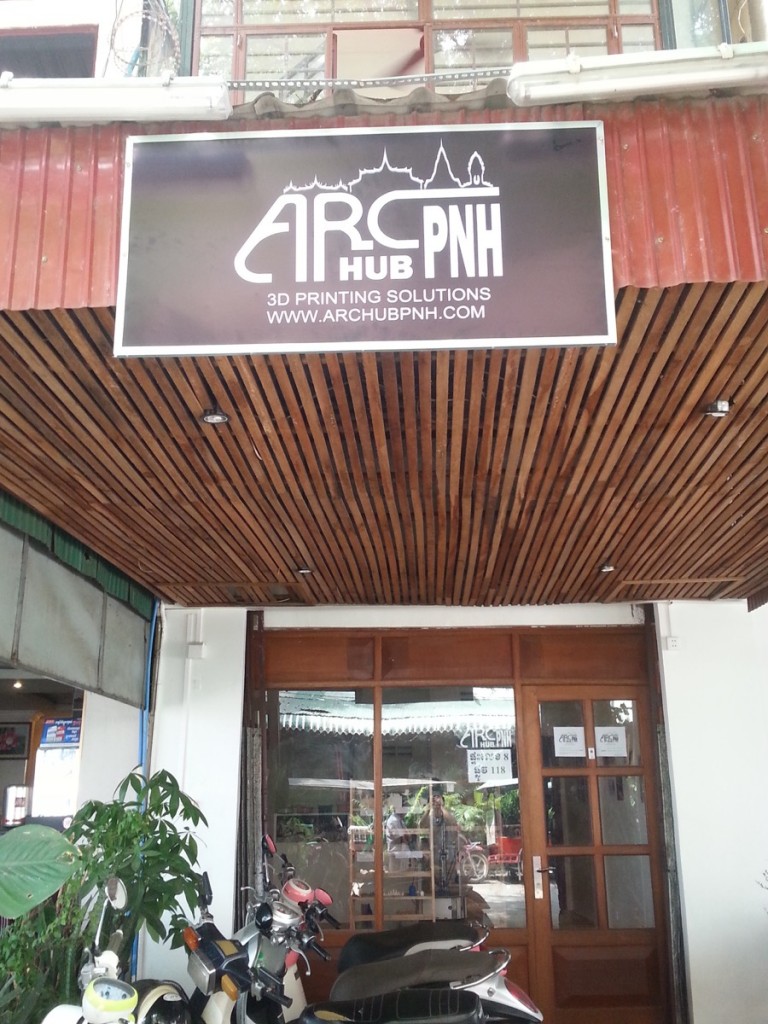