3DPrinterOS, which bills itself as a universal 3D printing software, has been adding more and more new features as it grows that enable it, not just to control multiple networked 3D printers from the web, but also to be an all-in-one package for accessing 3D printable models across the web, which it can then repair and and 3D print from the cloud.  And the fact that it recently went open source will only increase its features through open source development. The latest news that it has partnered with 3D model community Sketchfab, then, is definitely worth taking note of. 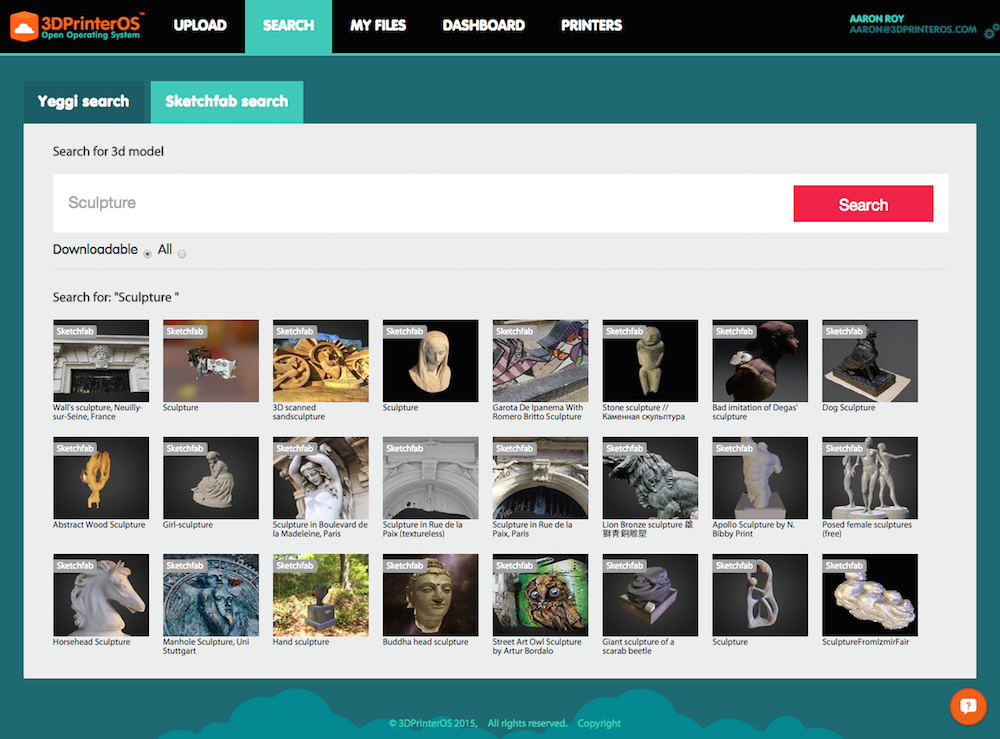 Building off of its Pinshape partnership, 3DPrinterOS’s deal with Sketchfab sees users able to directly access Sketchfab’s growing library of 300k+ models for 3D printing.  And, because Sketchfab’s platform is embeddable into Facebook, users can also share 3D models directly from 3DPrinterOS onto the world’s largest social media site.  And, due to Sketchfab’s built-in 3D Hubs feature, these models may also be 3D printable through the 3D Hubs network. 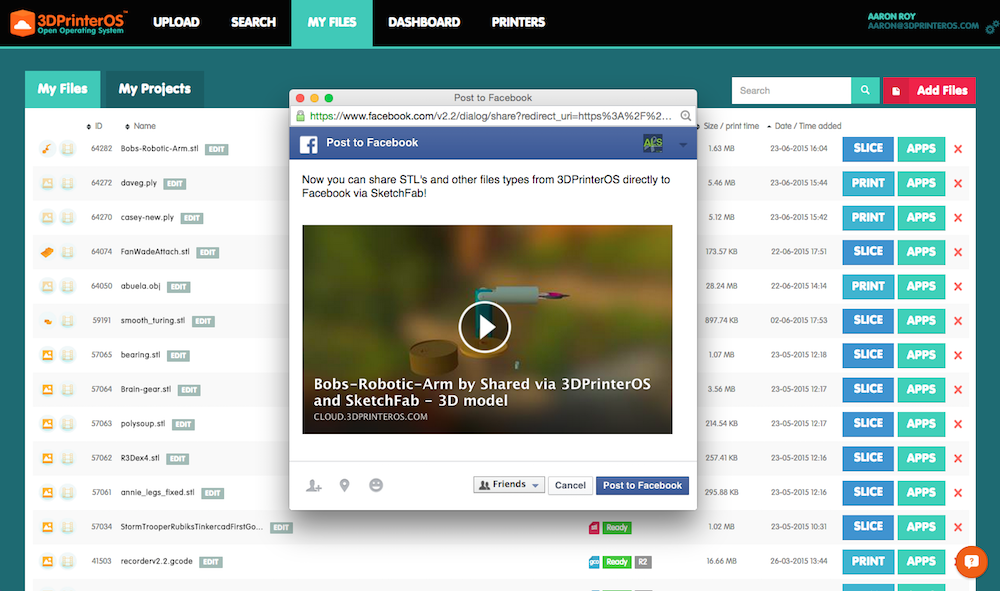 Corentin Metgy, Head of Business Development at Sketchfab, says of the partnership, “We had the chance to try 3DPrinterOS at the NYC 3D Print Show and we were amazed by the quality of their solution and their fast growth. They are building the first 3D printing operating system and we’re excited that they have chosen Sketchfab to bring a social dimension to their platform.” John Dogru, CEO of 3DPrinterOS, added, “The ability for users to access and share 3D printable content is essential for widespread adoption of 3D printing. Adding Sketchfab’s leading content database and viewing engine into 3DPrinterOS makes it easier for someone of any skill level to turn an idea into a physical object and share it with the world.”

This Robotic Arm by Bobby Forster is just one of the many incredibly things that can be made via 3D Printing.

If you read our interview with Sketchfab CEO Alban Denoyel, you’ll see that this announcement fits into Sketchfab’s strategy of incorporating itself into every 3D model-relevant platform in existence, which they’ll be able to facilitate even more easily with their recent $7 million Series A funding.  Adding Sketchfab to its universal platform is a smart move by 3DPrinterOS, too, as Sketchfab will be integrated into HoloLens, giving HoloStudio users the chance to print and share models through 3DPrinterOS.  It seems that 3DPrinterOS may be taking a similar approach to Sketchfab, connecting itself to as many platforms as possible to ensure that it may actually become the universal 3D printer operating system.