3D Systems is bringing its suite of 3D printing, scanning, and haptic devices to San Diego Comic-Con this year, giving attendees the opportunity to purchase their own 3D printed figurines.  As the event kicks off from July 8 to July 12, Comic-Con patrons will be able to purchase licensed collectibles from Star Wars, GI Joe, and Marvel.  On top of that,  they’ll also get to test and purchase Cube 3D printers, iSense 3D scanners, and Touch haptic devices. 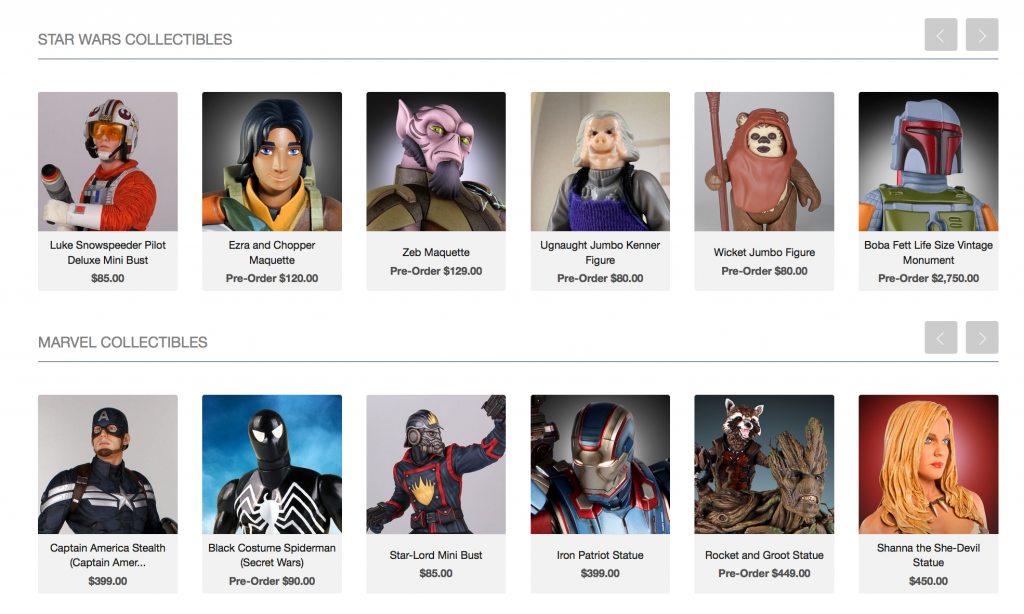 Chief Marketing Officer for 3DS, Cathy Lewis, says of the event, “We couldn’t ask for a better venue than Comic-Con to show the public how 3D printing is involved in everything from filmmaking to toy production. We’re thrilled to launch a unique 3D experience for our visitors that engages, informs and demonstrates the unlimited potential of 3D printing technology in entertainment and beyond.”

3D Systems regularly sees its technology used in Hollywood for the creation of special effects and props. Via their Hollywood subsidiary, Gentle Giant Ltd, the company is able to bring the tech back to the fans, taking characters from Star Wars and The Walking Dead into the physical world using actual digital content from those films and shows. The collection of figures that 3DS has on sale at their Gentle Giant site is really, really extensive to say the least.

In addition to The Walking Dead and Star Wars, they’ve got 300: Rise of an Empire, Alien, The Hobbit, Chappie, as well as characters from DC and Marvel universes. Like Ant-Man? They’ve got him.  Like Deadpool? Him, too.  At the booth and online they’ll be showcasing these assets for purchase in the form of collectibles, jewelry, and action figures. The booth will also feature the company’s 3DMe® Photobooth, so that attendees can have their faces 3D printed onto the bodies of film and TV characters, including those from Ghostbusters, Star Trek, and more.

Taking a look at the Cubify site, these 3DMes are actually pretty reasonably priced.  So, if you’re heading to Comic-Con anyway, you can head by their booth and possibly pick yourself up a copy of… yourself!  And you’ll get to see the 3D Studio in all of its replica glory with countless fan figurines and props.