3D-printed weapons are not something that I am feign to report on, given the 100,000+ items – constructive items – on Thingiverse.com alone that could be written about in their stead, but given that you, the reader, may be interested, of course your interests come first. A new YouTube video claims to be the first 3D-printed rifle, firing off its first round… then fracturing along the barrel and receiver.

I caught this story yesterday whilst talking to Cody Wilson on Twitter, which usually involves my cc’ing him into my Tweets to other publications that seem to show no awareness of ― or perhaps willingness to talk of for the sake of sensationalism and return audience ― the preventative solutions for the 3D printed gun:

Those solutions include the border control presented by Digital Barriers, ThruVision; plus a program that actually recognizes an .stl file as a firearm; and even a  terahertz (THz) radiation based 3D printed file tagging solution, presented only this week. 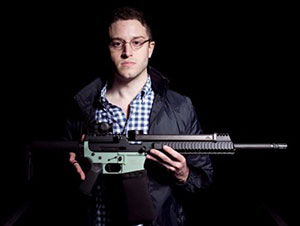 Whilst my personal mission is to make life as hard as possible for anyone attempting to craft a gun at home from a 3D printer, I do respect the design skills, effort, and (misguided) courage to work on such a project… Wilson put is life, or at least hands, in his hands, when he conducted trials on The Liberator.

Indeed, this rifle was inspired by Defence Distributed, it’s files appearing on their around the time of the upload to YouTube. Many would say that this is because of some idea originated by Wilson… but as I have read the blogs and stories as they emerged, I can point towards 3D-printed guns being discussed in online public forums, outside of Maker circles, at least as long ago as the very start of 2012. Many a newspaper and magazine continues to reference Wilson as the originator of the very notion of 3D printed guns.

This is simply false.

There are arguments for 3D-printed guns, by those who believe in the phenomena being a positive development. Those who take this perspective do not need me to mention them, I am but a technical journalist, not a politician.

There also arguments for 3D-printed guns, by those seeking to find a positive among the negative, the most common I have heard is the exposure for 3D printing technology, which, outside of finding new ways to kill, is perhaps the most socially beneficial technology to emerge into the public consciousness since the internet.

Those arguments are partially misguided, at least according to quantitative empirical evidence.

A recent survey in the US showed that some 29% of the US public believed that citizens should not be allowed 3D printers at home.

A UK poll released this week showed that some 32% of the sampled public, only 3% lower than those who approve of the technology, showed concern regarding home 3D printing, because of it’s capacity to produce weapons.

The 3D-printed weapon phenomena, incepted by bored teenagers brought up on violent computer games (now essentially army training simulations), facilitated by pure anarchists under the guise of social libertarianism, publicized by mass media (and occasionally popular technology publications) journalists seeking greater and consistent web traffic flow for advertising revenue, and perpetuated by everyone from conspiracy theorists to lobbyists for industrial corporations seeking to maintain monopoly on ownership of means of production (the one’s who give kudos to such ‘theories…’) has impacted public perception of home 3D printing to the extent that almost as many individuals believe it should be banned as allowed.

A year ago, 3D printing was about efficiency in industry, catalyzing economic growth via manufacturing, allowing the billions of poor in the world to one day print out a range of basic items at home, ecologically sustainable materials (such as PLA), bio-printing replacement organs, and self-replicating machines. 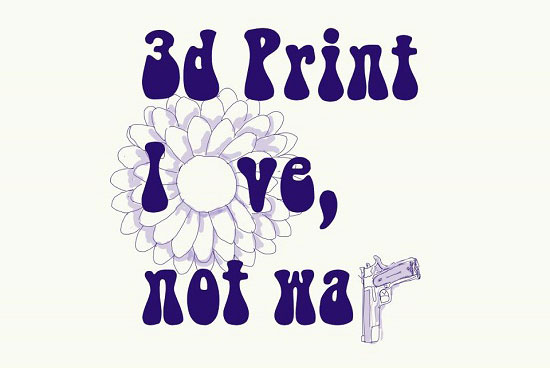 Today, it is a highly controversial term: albeit one that, I would speculate, the majority of those who have expressed their opinion regarding, know little about.

I have little doubt that the controversy regarding, attention given to, and even knowledge of, 3D printed guns will pass once the novelty wears off.

Whilst the maker of the rifle will blur into nothing, Wilson’s name will stick around in the history books. Doubtless others who crave attention or mistake constructing guns with constructive hobbies will also seek to join the bandwagon. Give the seeming surety of Wilson’s ongoing fame, perhaps we at 3DPI should refer to the programs that have began to emerge that prevent 3DP guns as ‘Cody Code?’