3D Printing in the Theta and R Axes

Hackaday contributor Tyler Anderson has developed a new type of 3D printing system that abandons the typical XY axes in favor of a rotational printing bed and multiple independently controlled extruder heads. This Theta 3D printer, he says, can use different printing materials at the same time on the same object without reducing build volume or negatively impacting performance. 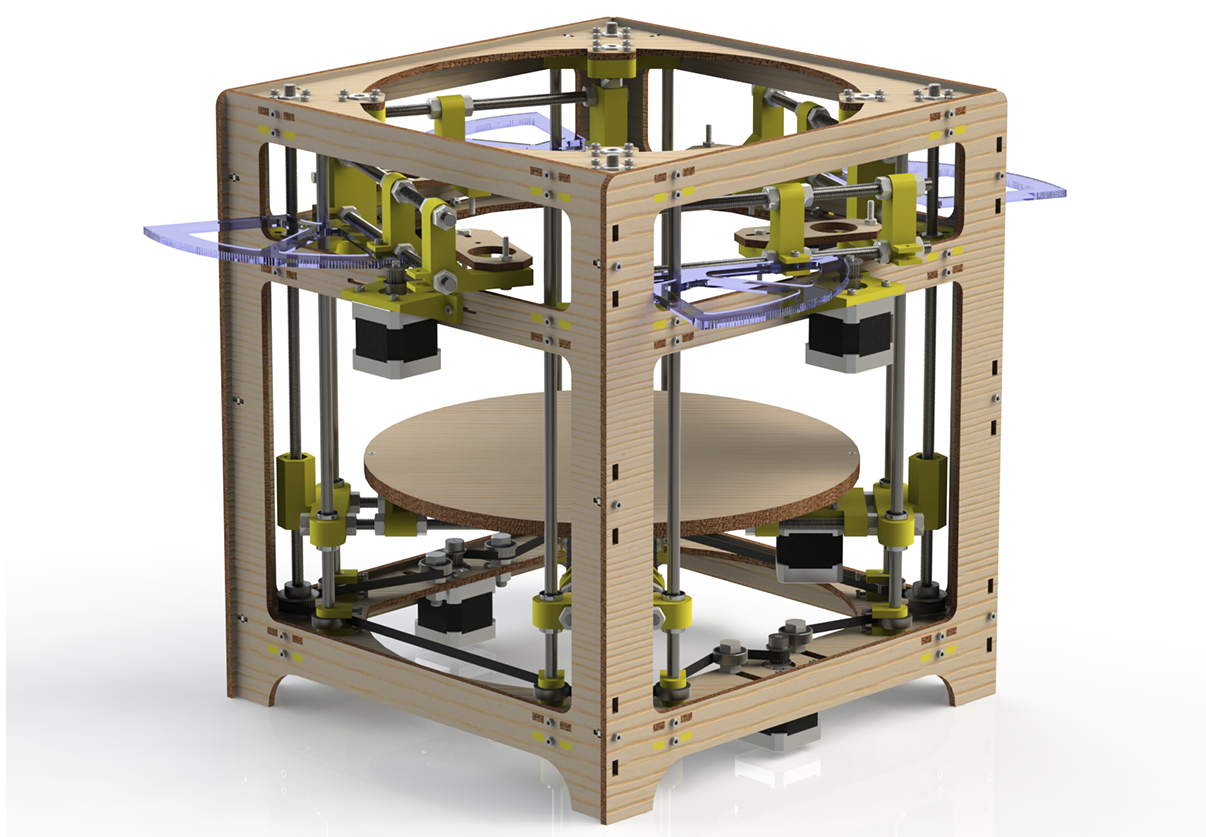 The basic cartesian 3D printer uses the most common axis configuration because it is the easiest to program and most machining tools already use the same system. But cartesian style printers require the movement of heavier printing heads, which can slow down the machine and reduce performance. Using multiple extruders also requires a reduction in build volume and they often lose resolution near the center of the build. The delta 3D printers are quicker, however they also sacrifice build volume and using multiple extruders is still uncommon for the style of printer.

However a 3D printer that uses a “theta” – or rotational – axis combined with an R axis has less mass so it doesn’t sacrifice speed, maintains print resolution even near the center of the prints, and can easily use multiple extruders without build area reduction. Anderson’s Theta printer is optimised for four independent extruders that allow users to print objects in multiple colors and materials. The printer can work with any type of extruder that uses any type of material so it could create objects in plastic. It can even 3D print something with multiple colors or chocolate without worrying about the heads running into the object or the different colors smudging and running together. 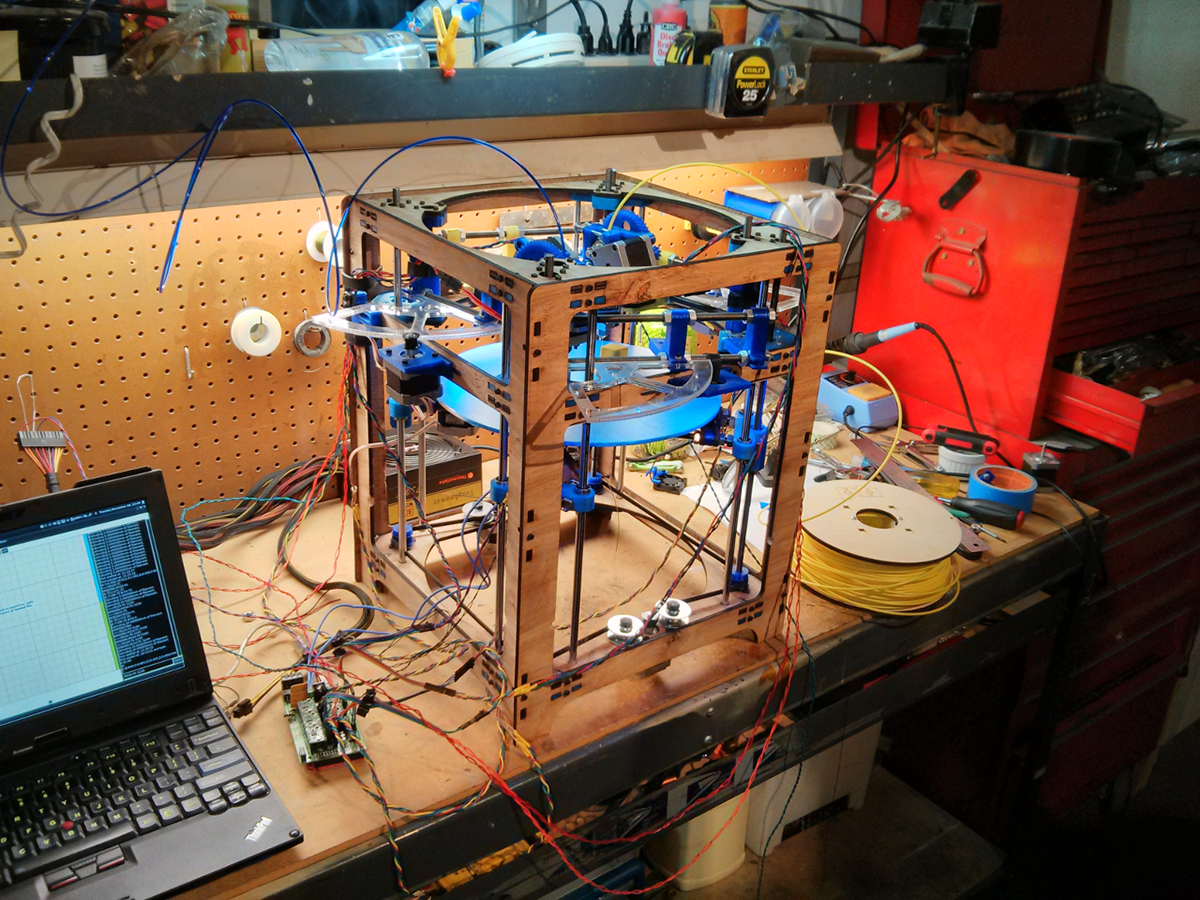 The theta axis is the rotational direction of the build platform while the R axis is the distance from the center of the platform to the extruder. Because of this unique configuration the four extruders are completely autonomous and can print simultaneously without any speed or print quality sacrifice. While additional extruders and motors potentially make the printer more expensive, it has a modular design so the final version could include easily replaceable parts. It could also very easily be converted into a 3D scanner, and the heads could be swapped out for milling heads, making this printer configuration ideal for a highly adaptable all-in-one 3D printing system.

You can see a video of the Theta printer in action using two independent printing heads:

Anderson’s theta printer includes four extruders and a rotating heated print bed driven by ten independent stepper motors. The rotational platform has a build volume of 304mm (12inch) diameter with a 150mm (6inch) Z axis. The printer is completely open source and the parts list can be located on GitHub. You can also read all about the build over on Hackaday.io.