3D printing could save our coral reefs

Most of the environmental changes in the present times are taking the earth closer to the loss of biodiversity. Environmentalists are worried that the vast coral reefs under the ocean are subject to risk of extinction in the coming years. Hence, any program undertaken to make the massive situations surrounding the rapidly degrading coral reefs is welcome by environmentalists and marine biologists.

The importance of coral

Apparently just bright rock to the layman, these large rough slabs of coral pieces are in fact brimming with life. The large living layer of coral polyps reside on top of the various layers of coral skeleton made of calcium carbonate. These polyps are necessary for the propagation and survival of these coral reefs. While most people realize the importance of coral reefs, many of us are going to be surprised finding out that these are in crucial. Hence, the information makes it all the more distressing to witness the immense damage being done to the reefs. Due to human activities in terms of infrastructure development, beach nourishing, wastewater projects, the damage caused by boats, touching by tourists, issues caused by fishing equipment and kicking the coral reefs with diver’s fins; coral reefs are slowly degrading at a rate faster than we realize. 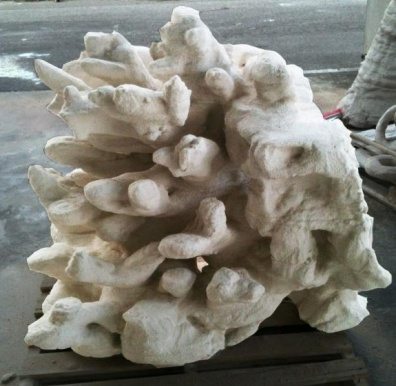 Humans have tried to create artificial coral reefs for years by sinking ships, dropping concrete blocks etc. into shallow water. These provide a hard, rock like surface for coral, algae, anemones, barnacles and many other dependant species could thrive. With the help of revolutionary rapid prototyping and 3D printing methods, this process can be improved dramatically as the 3D printed reefs can be better shaped into mimicking actual hard coral.

In a TED talk delivered by marine biologist Kristen Marhaver, she explains that usually, baby coral polyps are more likely to be drawn to reefs that are white or pink in color. Pink and white are colors of a healthy reef and the polyps prefer surfaces that are uneven; contain crevices, grooves and holes. This ensures their safety from being eaten by predators of being trampled. 3D printers are working for rapid prototyping of corals in order to recreate this kind of desirable environment for coral polyps to thrive. 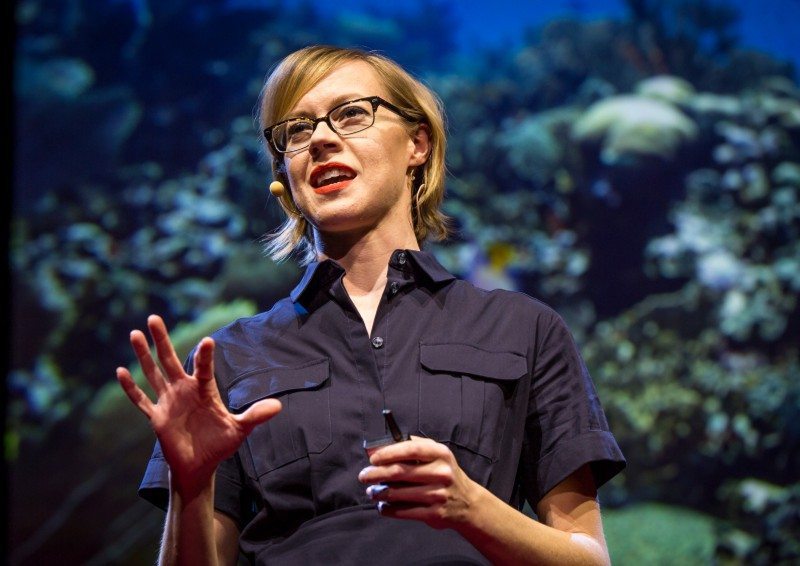 Some teams in Monaco and Bahrain have produced sandstone reefs in the said pastel colors that have the same texture and shape of real coral. The neutral pH of sandstone makes it attractive for baby coral polyps to choose these artificial reefs as colonizing destinations. There will be a forthcoming model by Reef Design Lab that is set to feature a porcelain coating for coral reefs that resembles the chemical composition of natural coral even more closely.

One of the other main issues that accelerate the decline in coral reefs is bleaching. When the water temperatures are considerably warm for a long period of time, the process of bleaching begins naturally. Even if the temperature goes up by a few degrees, the effects it can cause are enormous. It causes coral to starve and the fish to flee the area. A colorless, dismal coral graveyard is left behind which becomes unsuitable for nurturing marine life. According to Mark Eakin from NOAA, the world is experiencing a coral bleaching event that has lasted longer than ever before. The problem has been predicted to continue throughout the next year. In this situation, rapid prototyping of corals can prove to be a solution. 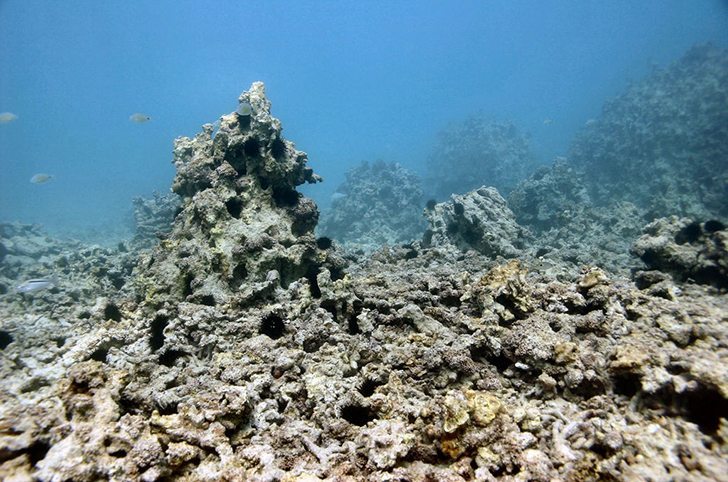 It is indeed remarkable that these incredible coral ecosystems only comprise about 0.0025 percent of our world. Even though it is a small amount of ocean floor covered, these coral reefs are home to about twenty five percent of marine life. Hence, an annual global economy of $6.7 trillion depends on the existence of coral reefs. Moreover, about seventeen percent of protein consumed around the world comes from aquatic species dependant on these coral reefs. For countries such as Maldives and Fiji, this percentage cans be as high as seventy.

Though we have limited control over natural events, but we can definitely control what we human beings do to the environment, as well as developing methods that can help improve the situation. This is a sector where 3D printing and rapid prototyping technology has a crucial role to play. 3D printed coral reefs are being introduced and put under test to examine their true efficiency. The only 3D printed coral reef exists in the Persian Gulf. Sunk there in 2012, the reef was made up of sandstone and designed resemble the real thing. A single 3D printed coral piece was placed in a coastal area off Bahrain among around two thousand other concrete pieces.

We hope that 3D printed coral reefs can offer some lasting changes and establish real coral polyp growth, along with providing help with issues such as carbon use worldwide. The new construction through rapid prototyping is expected to attract floating polyps looking for a place to settle, helping marine life to thrive in the coming years.

Ronan Ye is the founder and managing director of 3E-RP which is one of China's leaders in rapid prototyping and 3D printing. Upon completing his college degree at Guangzhou University in International Business with honors, Ronan has been heavily involved in China's fast growing rapid prototyping and manufacturing industry. He really has grown up in and with the industry here in China learning about it at a young age. Hence, his knowledge of the overall industry is second to none and hence why many global companies like BMW, VW, and Lamborghini rely on his technical as well as design expertise.