Zaiwoo is a digital 3D printing platform company. People can buy 3D Printed designed products from their website. There are two versions of the website , zaiwoo.com for the Chinese version and shapetizer for the English version.

Zaiwoo, intends to collaborate with world class designers , artists, and creators. This is very similar to what Shapeways is offering. However, Zaiwoo allows its users to stream the stl files for them to 3d print the objects. At this stage it’s too early to say if streaming will be popular, as no platforms so far have been successful with the streaming.

Their founder and CEO Jian Zhao is one of the leading 3D printer project practitioners in China. He has a wealth of 3D printing industry resources and market insight, 8 years experience in Internet projects and 4 years experience in mobile internet.

Their investor, DT Capital Partners is a leading private equity firm. It provides growth capital to early and growing stage companies in the clean-tech, advanced manufacturing, retail, TMT and healthcare sectors in China. According to their official website, DT Capital currently manages multiple funds with over USD 500 Million and RMB 2.5 Billion in capital under management. DT Capital also has a close affiliation with 8 local governments across China and Madrone Capital in the US, the investment entity for members of the Walton family.

According to market research firm Researchmoz, since 2011, the Chinese 3D printing market has doubled every year and in 2016 it is expected to reach $1.5 billion. The growth should help Zaiwoo to grow nicely over the next years. 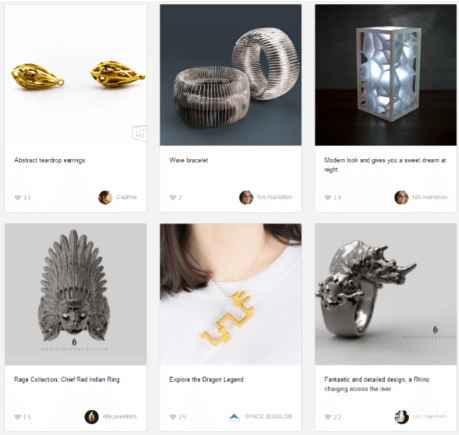 Up till now, Zaiwoo has already signed some European and American designers. They use Zaiwoo to let their 3D printing works become more influential in the global market especially in China. At the same time, Zaiwoo is a platform for efficient communication between designers and customers, in order to have unique products and boost their idea.

As we can see, Zaiwoo has already released two hundreds of artworks from different designers. The price of these products are in a wide range.  Also, some of them are available for streaming and some of them are for sale as 3D printed products. For example, this silver printed ring sell as high as nearly $2,000 and if chosen in gold it would cost c. $50K. 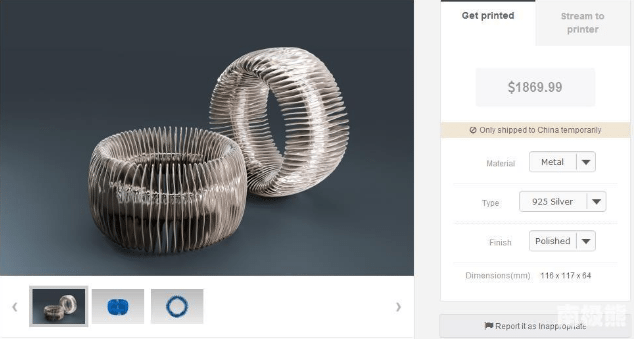 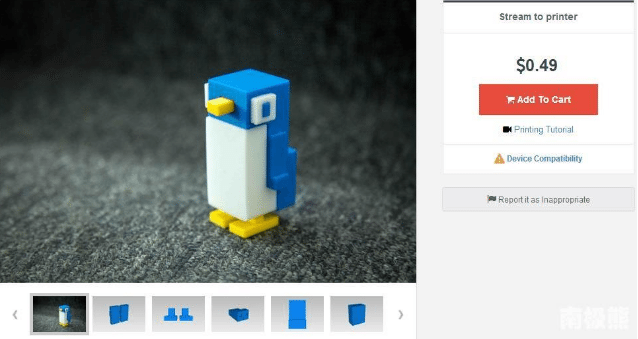