3D printing has had a presence in the medical industry since the 1980s for modeling body parts that are otherwise untouchable without invasive surgery, but research into the potential of this technology is bringing clinicians closer to getting a good look up close at the real thing.

Instead of scans, what about injecting a camera no bigger than a grain of salt into your patient?

A group of German researchers have been working on a complex lens system that is small enough to fit inside a syringe, and applications aren’t just limited to the medical industry. They have the potential to also be used in many products which need parts to be as small and light as possible, such as drones and smartphones. 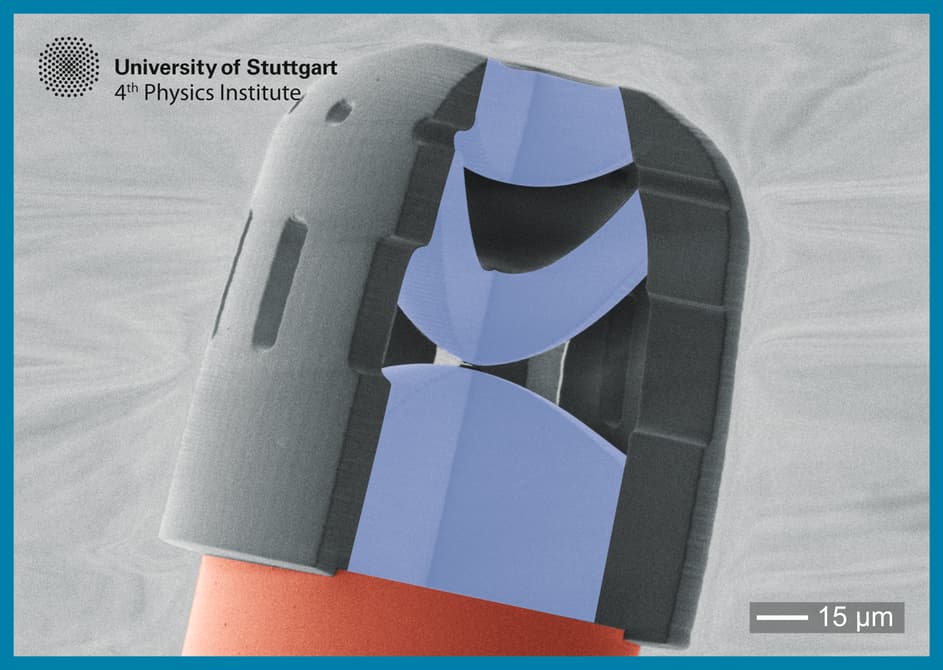 Printing on such a small scale isn’t an easy task, especially as this particularly small objects can’t be created on a conventional 3D printer. Scientists from the University of Stuttgart created their miniscule cameras using a femtosecond laser, with pulse durations shorter than 100 femtoseconds (one femtosecond being a quadrillionth of a second). These pulses were fires at a light-sensitive material on a glass substrate. Two photons are then absorbed by the material, and the polymers within then crosslink. Material that wasn’t exposed is ten washed away with a solvent, leaving behind crosslinked, hard polymer material that is then used to form the optical element. This method is said to be a new technique, which allows accuracy up to sub-micrometer levels, making it possible to print optical lens systems more than two lenses. This multi-lens system will possibly allow for more colors to be seen, which in turn increases photo quality. 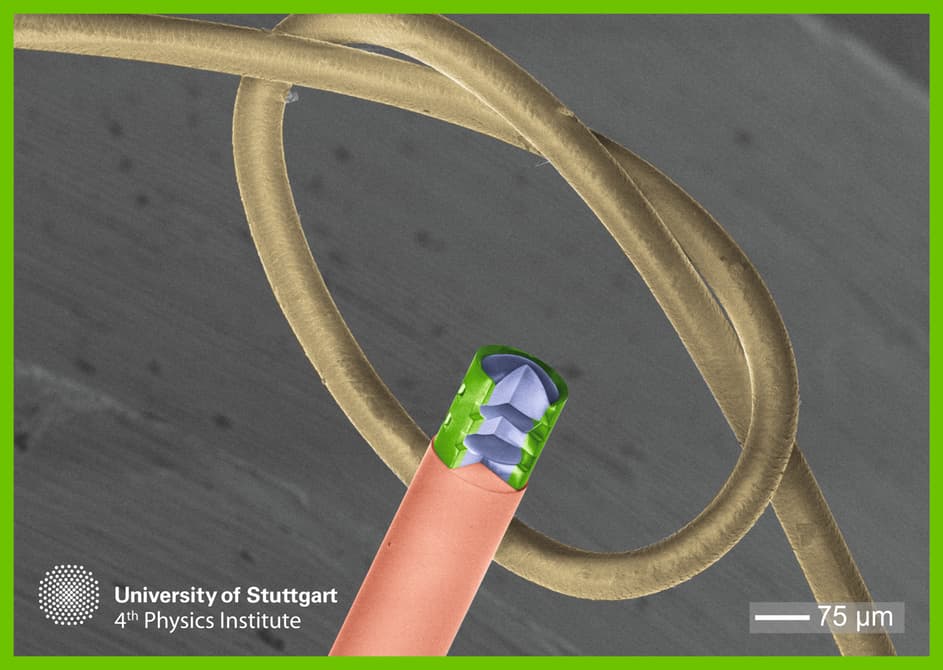 the optical microscopes that have been created have a diameter and height of 125 micrometers, then attached to a 5.6 foot optical fiber the width of two human hairs. The camera is able to focus on images 3 millimetres  away from it. Since this the whole system fits easily into a syringe, it is hope that it could be inserted into organs or even the brain.

“The time from the idea, the optics design, a CAD model, to the finished, 3D-printed micro-objectives is going to be less than a day,”
says Professor Harald Giessen, from the University of Stuttgart’s 4th Physics Institute. “We are going to open potentials just like computer-aided design and computer-integrated manufacturing did in mechanical engineering a few years ago.” 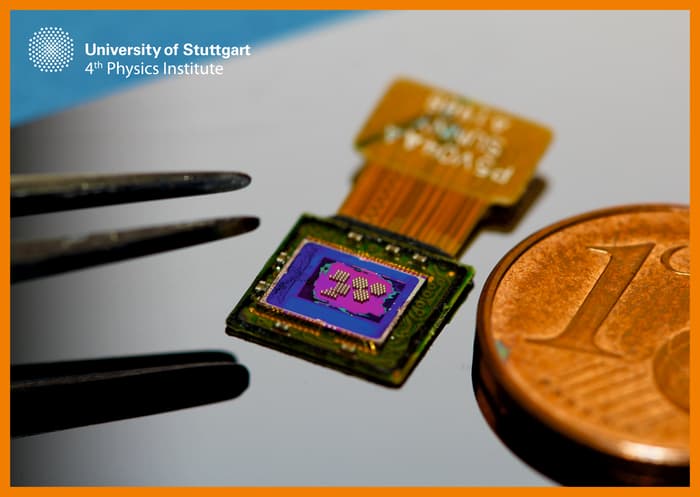 To show how this lens works, it was also printed onto a CMOS image chip, creating a tiny sensor. It is said that the method of manufacture is quick, and these cameras could be used to create drones as small as a bee. The amount of applications for this exciting technology can only increase in the coming years.

Find all the details on nature.com