According to designer, Maya Ben David: ‘A house is a living system providing our basic needs such as electricity, water and communication. The nature of these systems is reshaped and reconfigured throughout time due to changes in technology and culture. The progress in technology allow us to re–examine the relationship between a home system and the space it enables us to create. In this context 3D printing functions as a tool stretching existing standards and redefines them.’

I couldn’t agree more, as this, I believe, captures the Zeitgeist of what makes the potential of 3D printing so powerful. The range of applications of 3D printing is ever growing, but most follow this simple, but deep, premise: Our lifestyles are sculpted by the choices that our technology provides us with. In the home, the place that forms the foundation of our lifestyles, changes in technology affect our lifestyle choices the most.

As 3D printing primarily affects the visual, through Computer Aided Design, in seeing objects on a screen before being formed on a 3D printer, it is perhaps unsurprising that visually orientated applications have been some of the first to appear as home 3D printed products: lampshades, ornaments, models, vases. This is far less true for industrial 3D printing, where functionality has proven to be the primary driver for new 3D printing applications. And from these points, other applications, maker projects for electronic audio devices, tactile jewellery, food 3D printing, have spanned. These trends are just as much about the growth in types of materials for home 3D printing and other factors, but there is a natural onus upon the visual.

Maya Ben David, a designer from Israel who is also a lecturer practising research by design and concept development has come up with a 3D printing application that is less about the visual in the context of the home. Indeed this application is about the purely practical for a facet of our lifestyles that is very much hidden away from sight. Bypass is a system case study of water pipe fittings. These seemingly mundane products are a feature of almost every home but play a vital part in our modern living. We take them for granted. We also take their form for granted. Normally water systems have very specific standards of fittings: 90, 45 and T shape angles allowing the pipe to be constructed only at these angles.

To quote Maya’s Bypass project once again: ‘By using 3D printing for designing and producing the fittings we are no longer bound by the abilities and costs of metal industry. We can create alternative fittings according to how we wish the pipes [to] go and how we imagine the space to be. Each Bypass component can match existing metal or new printed parts.’ 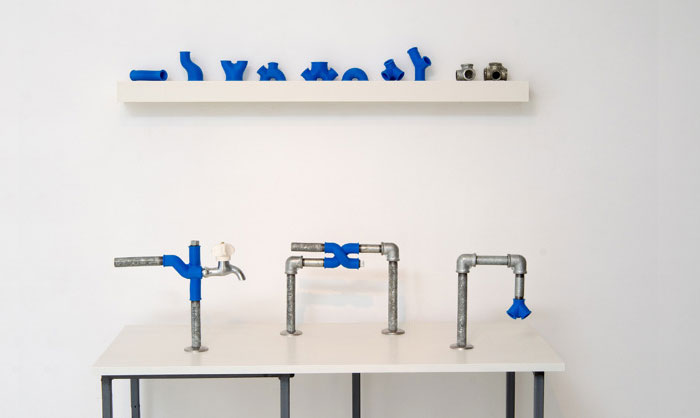 Bypass presents a range of pragmatic solutions to unusual pipe orientations. The designer has addressed the problem in a systematic way, creating a new range of possibilities for pipe fittings that are also compatible with existing standards. There is nothing overly elaborate. No uses of 3D printing to create show-piece forms that defy expectation as to how the product could appear. These are logical items produced with a conventional product design mentality that display their worth by their functionality alone. 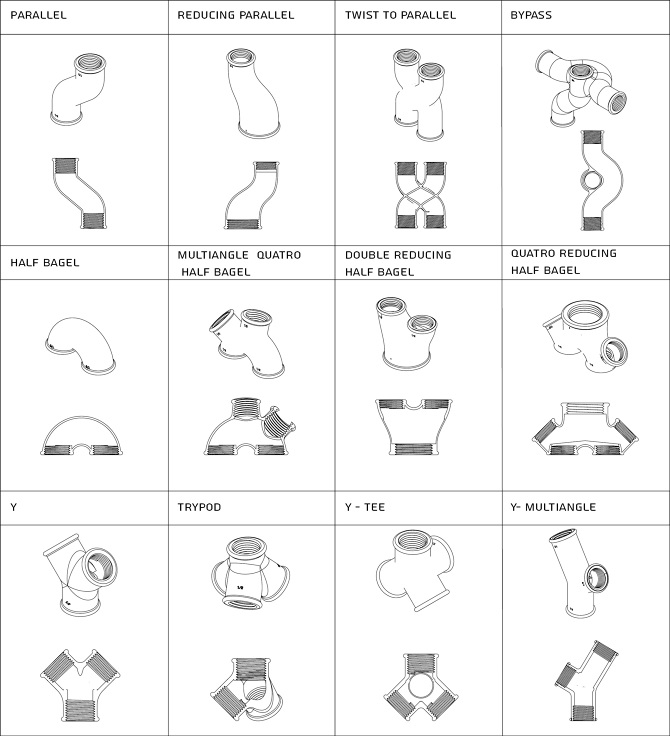 Maya Ben David has produced these designs with a mind for the wider ramifications and context of the process that has been used to create them. I’ll close with another quote from the Bypass project that again creates a neat summary of the wider modus operandi itself: 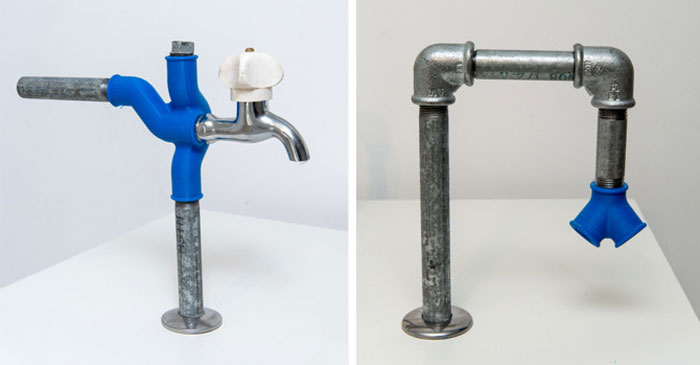 ‘3D printing, as other technological developments, reviles not only new abilities and techniques; the development process embodies new social, economical, cultural and political realities and visions. In current visions the standard which characterized modern industrial products and systems is about to change and with it our physical spaces and structures. A dedicated, semi industrial solution will take its place allowing flexibilities of systems, products and life surroundings.’