Mixed Dimensions has now launched the beta version of browser-based three dimensional design tool MXD3D. With offices in both the U.S. and Jordan, Mixed Dimensions aims to further democratise 3D printing via the provision of end-to-end web solutions accessible to all, allowing the end user to create or edit three dimensional content. With more than 20,000 users on their platform already the team is confident about the wider adoption of their service. The start-up has raised an impressive USD$1million during a seed round from a group of VC funds and angels in the US, Europe and the Middle East.< “This year, 3D printing will be going mainstream in the US and Europe, and we hope to become one of the big fish and set standards in the pricing,” says Jordanian entrepreneur Muhannad Taslaq, co-founder and CEO of Mixed Dimensions, which is also known as MXD.

MXD3D stems from Muhannad’s frustration with the extant 3D modelling tools available for game development. MXD was launched in Amman in late 2012 with co-founder and CTO Baha Abu Nojaim: “Already existing tools are too expensive and target professionals only. We wanted to offer something for people who don’t know anything about 3D designing, allowing them to do it themselves,” says Muhannad. They have aimed to developed an intuitive system where: “the model goes through our algorithm to detect if it is 3D printable or not. If it detects a problem we provide fixes.” MXD provides a platform for the whole of the workflow required to print a 3D model. The tool is enabled by a marketplace, where users can share, buy, sell and print their 3D models — either on their own printers or through integrated 3D printing services. MXD is also taking a step towards making product personalisation a reality by offering enterprises and businesses the ability to embed the tools in their websites and enable their customers to personalise and 3D print products. The power is in the code.

Nojaim explains: “The core technology behind MXD3D generates 100% printable G-Code on the fly, removing one of the biggest blockers for 3D printing. The core technology behind MXD3D is designed to run on multiple platforms, in line with today’s multi-platform environments, and the need for 3D design software that supports touch-screens and the most basic and native tool, a user’s fingertip. We designed MXD3D to utilise computer resources efficiently [regardless of the end users location] on the browser or a tablet.” 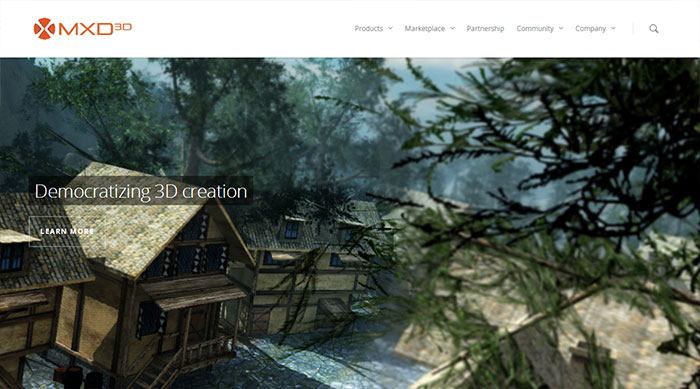 MXD has an impressive base of some 20,000 users on their platform already via the amalgamation of previous service provision, emboldening the teams confidence regarding true potential for the wider adoption of their innovative and refined service. It is in part because of the breadth of features and the potential for wider adoption that the start-up has raised funding.

“[The 3D printing] industry is still picking up in the region, but we are trying to collaborate with stakeholders in Jordan such as ministries, investors and entrepreneurs to build a facility for 3D printing and educate people on what can be done through it,” Muhannad enthuses: “We know there is a need for this service…”