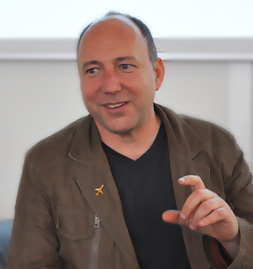 According to Ronen Kadushin, an Israeli designer and design educator, the Bearina IUD is “a political product concept [that] demonstrates the disruptive potential of 3D printed ‘Open Designs’ to give free and global access to essential products, and circumvent industries (such as the Pharma industry) that aggressively defend their intellectual property to control the price and availability of their products.”

Birth control is an issue that affects the lives of women across the globe and has been identified as critical in terms of education and accessibility particularly for women in third world countries and for young women in the developed world. One of the most popular methods of birth control is the intrauterine device (IUD) because it is quickly and easily reversible providing women with a sense of choice and control. Kadushin identified that IUDs are cheap to produce using common and plentiful materials and yet they are sold at greatly inflated prices putting them out of the reach of the women that need them the most.

Kadushin, now based in Berlin, developed the concept of Open Design as part of his MA thesis in 2004 and from that wrote the Open Design Manifesto, which states:  “A revolution in product development, production and distribution is imminent due to the Internet’s disruptive nature and the easy access to [manufacturing equipment]. Open Design is a proposal to make this happen. Its aim is to shift Industrial Design to become relevant in a globally networked information society.” Kadushin’s Open Design concept permits the free download of the designs of his products, which can subsequently be copied, modified and produced, similar to Open Source software. 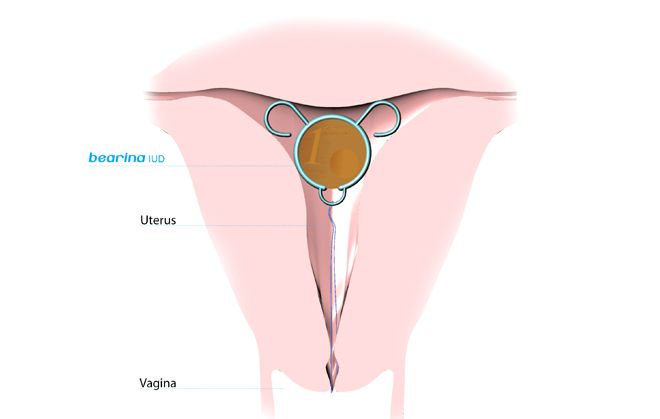 The Bearina IUD has been conceived as an Open Design to promote collaboration and free sharing of knowledge in this area. The aim is to develop it further within a networked community or in partnership with a forward looking pharmaceutical company (ie one that puts the greater good ahead of profits) and it is always available for experimenting with and improving to evolve a fully functional and tested IUD.  The conceptual design of the Bearina — a bear head image — is intended to be visually friendly, with dimensions, materials and shapes commonly found in IUDs. The conceptual open design is free to download and ready for 3D printing for further development. Alternatively, a 3D printed concept model can be purchased via Shapeways at a cost of €2.05. 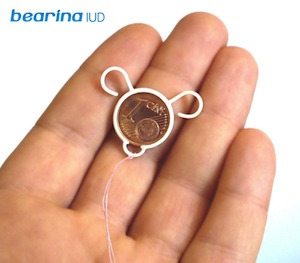 In copper-containing IUDs, metal ions dissolving from the device create a spermicidal action. To do precisely that, a 1€ cent coin (copper covered steel) easily snaps in the plastic 3D printed part — as can be seen in the accompanying image.

There is little doubt that this is a noble project with a highly commendable aim. I for one hope the community picks up on this and finds a way through to production, but there will be difficulties in terms of testing and standards, I fear, unless a pharma company does get involved. I am not absolutely convinced that there is such a thing as a philanthropic pharmaceutical company though!

WARNING:  The Bearina is a conceptual product, has not been proved or tested, and absolutely should NOT be used as an IUD in its current form.