Not too long ago, Rachel reported that Polish 3D printer manufacturer Zortrax had struck a deal with Dell for 5000 of its M200 3D printers. The deal must have given the company a bit of confidence as its now looking for investors, with plans of going public in the near future. 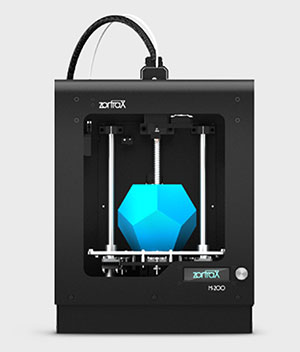 After already establishing 1.5-year-old bonds worth 1.2 million PLN (about €300,000 or $417,000) in January, Zortax is in the process of obtaining more public issue bonds through the Invista Brokerage House. This time, they will be receiving three-year bonds, each worth 1000 PL (about €250 or $350), with plans to issue 10,000 of them. This means that the company is seeking to achieve 10 million PLN (about 2.5 million euros or 3.48 million dollars). Zortax will begin selling its stock after they are allotted on March 31. Under advisement from Invista’s Raphael Tomasiak, Zortax will become a limited liability company and, ultimately, go public, making it the first 3D printing company on the Warsaw Stock Exchange.

At the same time that the company is seeking its €2.5 million investment, Zortrax is developing its second generation 3D printer. The new M120 3D printer will be a smaller and more affordable version of the M200, which successfully launched on Kickstarter in January. Zortrax has also claimed that it is in talks with other large clients, such as German appliance manufacturer Bosch. The company also plans to extend its sales network across Poland, to increase its distribution in the country. With a big purchase from Dell and interest from Bosch, it’s possible that the Zortrax line is serious business, or that the company at least knows how to do serious business.