I’ll admit that I’m not the best at getting new release info out of 3D printer manufacturers.  Usually, that’s because I’m tactless and say, “Hey, you got a new printer comin’ out or what?” This time, at Inside 3D Printing in NYC, there was more of a language barrier that prevented me from learning too much about XYZprinting’s new features in the works. Luckily, there were others there that knew just how to squeeze out such details. 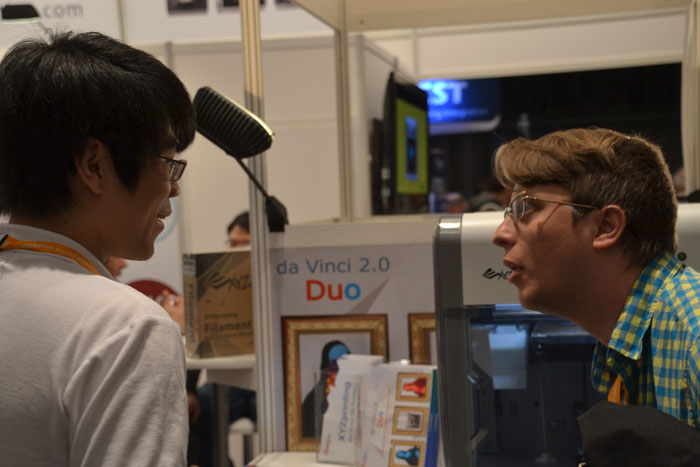 What I learned from the XYZprinting rep was that, right now, there are two models of the da Vinci 3D printer. The basic model, daVinci 1.0, is more or less a standard cartesian FFF 3D printer with a build space of 7.8W X 7.8H X 7.8D inches (20 X 20 X 20 cm), a single extruder, a heated bed, an LCM screen and filament cartridges. What’s most unique about this printer is that it’s priced at $499, which is pretty reasonable. Then, there are the upgraded models, the daVinci 2.0 Duo and the daVinci 2.1 Duo Plus.

The 2.0 and 2.1 machines will go on sale during the summer and fall of this year at $649 and $849 respectively. Both have dual extruders, while the 2.1 features Wi-Fi connectivity, a built-in camera and a full-colour touch screen, allowing users to print and monitor remotely through a smartphone app. The Duo Plus, through its Wi-Fi and touch screen, can connect directly to a cloud-based community of XYZprinting models for printing, called XYZ World. 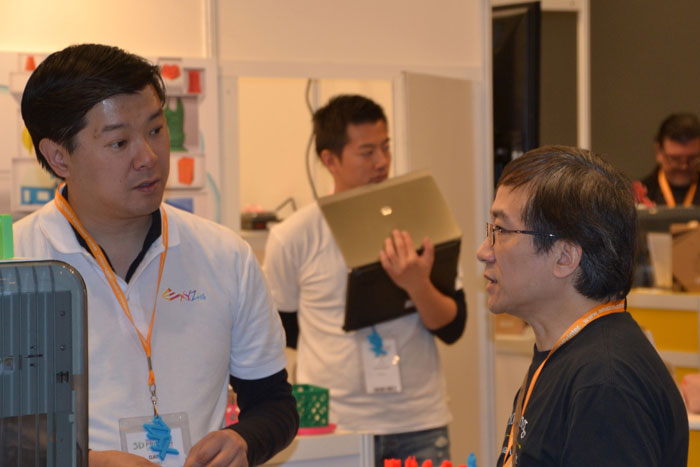 What I missed at the event was that XYZprinting is working on a built-in scanner. Lucas Mearian, at Computerworld, picked up that the company will be incorporating scanning technology into their printers by the end of the year. Similar to 3D printing/scanning devices like the Lionhead Bunny, the Fabtotum or Zeus, users will be able to place objects into the build area of the da Vinci machine and scan an object for printing. As more 3D printer manufacturers add scanning components to their machines, we’ll move closer to a Star Trek replicating reality.

The scanner is part of XYZprinting’s broader vision of offering multiple 3D printers at different price points. As Gary Shu, senior manager of market development at XYZprinting, told Computerworld, “I think within a year, we’ll have printers for a few thousand dollars and ones that are even less than $500.”