The future of medical sensors continues to receive significant boosts from 3D printing. At the high-end of the field, researchers have been exploring the creation of nanobots that may swim efficiently through the bloodstream to deliver medicines due to their 3D printed designs. According to Wall St. Daily, students at National Taiwan University have made wearable biosensors at a larger, but less costly scale. 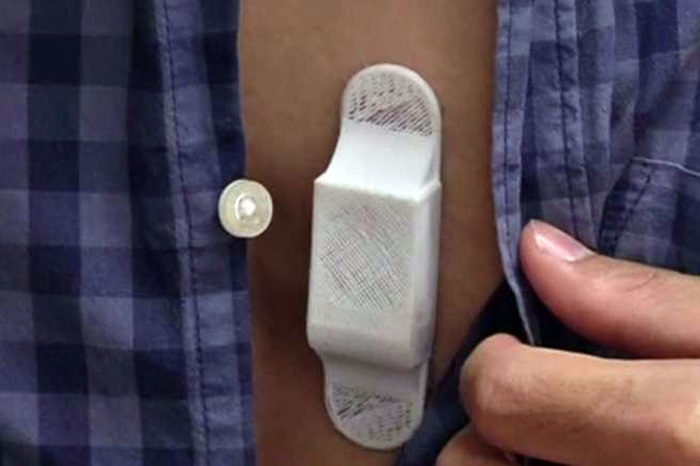 3D printed in Ninjaflex, the BioScope is a smart Band-Aid. More than covering an open sore, the BioScope is meant to detect the vital signs of its wearer in order to store data for a doctor’s visit. With a built-in accelerometer, thermometer, and microphone, the device measures a patient’s movements, temperature, and the sounds produced within the body and sends the data to a smartphone or tablet. 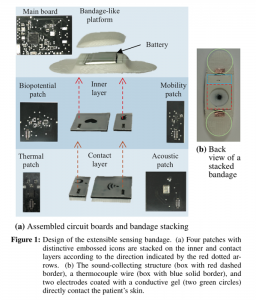 The chips within the BioScope are modular, so that, in the case of damage or upgrade, the modules can be replaced. One such upgrade could be an increased transmission range so that the phone or tablet need not be carried by the patient at all times. Instead, the data could be sent directly to computers at the patient’s hospital.

According to the students’ paper discussing the device, the microphone uses a bell shape similar to a stethescope to amplify sound. Due to interference from other sounds, however, future versions of the device will use other materials that may better isolate the sounds of the body.

In the video below, the inventors of the device, Ph.D. student, Li Cheng-Yuan, and You Chuang-Wen of the university’s Department of Computer Science and Information Engineering, describe its design and purpose. Chuang-Wen explains, “If a patient wanted to go outside to get a bit of exercise, traditional medical equipment couldn’t be taken with them. We’re hoping that this kind of wearable, flexible device can keep monitoring their body information even though they leave the ward.”

Anyone who’s worn a chest harness before knows the discomfort of the device, used to keep continual track of a patient’s heart rate over long periods of time. And any doctor or insurance company knows the cost of paying for such a device. A small wearable like the BioScope could both be unobtrusive and, if manufacturing costs are kept low, more affordable. Either way, the BioScope is only one of many such 3D printed sensors to come.