There was an interesting post in one of the more active 3D printing forums, r/3dprinting on reddit.com.  I generally don’t pay too much attention when people 3D print replica guns, or even working guns.  After all, you can make a zip gun much more easily than a 3D printed gun, and you could make a metal gun from CNC milling machines and access to a good metalworking shop.  So, who really cares that some guy printed a red replica AK-47?

Well, during the course of the thread on reddit, it was interesting to watch people discover the fun technique that makes ABS seem a bit friendlier to assembling larger objects out of 3D printed parts.  Acetone acts like glue, which is not true for PLA, the plastic more commonly packaged with fused filament machines.  The reason why people use acetone baths to strengthen their prints is that the bond between two 3D printed layers is weaker than two ABS layers fused together by acetone.

The reddit user, EasilyUsed, said that he modeled it in “Blender, printed on Makerbot replicator 1 and Flashforge creator II (single extruder) in ABS at .3mm layer height, 10% infill. 6 print jobs to print 9 pieces with a total print time of ~35 hours. Weighs in at 1lb (.45kg) exactly. Parts permanently welded together with acetone after printing. 38″ long (~1m).”

Apparently the redditor had some “trouble with warping and splitting on the largest parts despite enclosed printers, but they were corrected after printing with acetone and clamps. None of the parts are moving, but I’d like to redesign so the trigger functions, the clip is removable and the bolt cycles. I’d also probably break the parts down to smaller sizes and different orientations to decrease warping and splitting and make them fit in my acetone vapor bath.”

Many people know this little bit about the interaction between acetone and ABS, but many people don’t. So, I thought it would be an eye-catching example to help drive this point home. 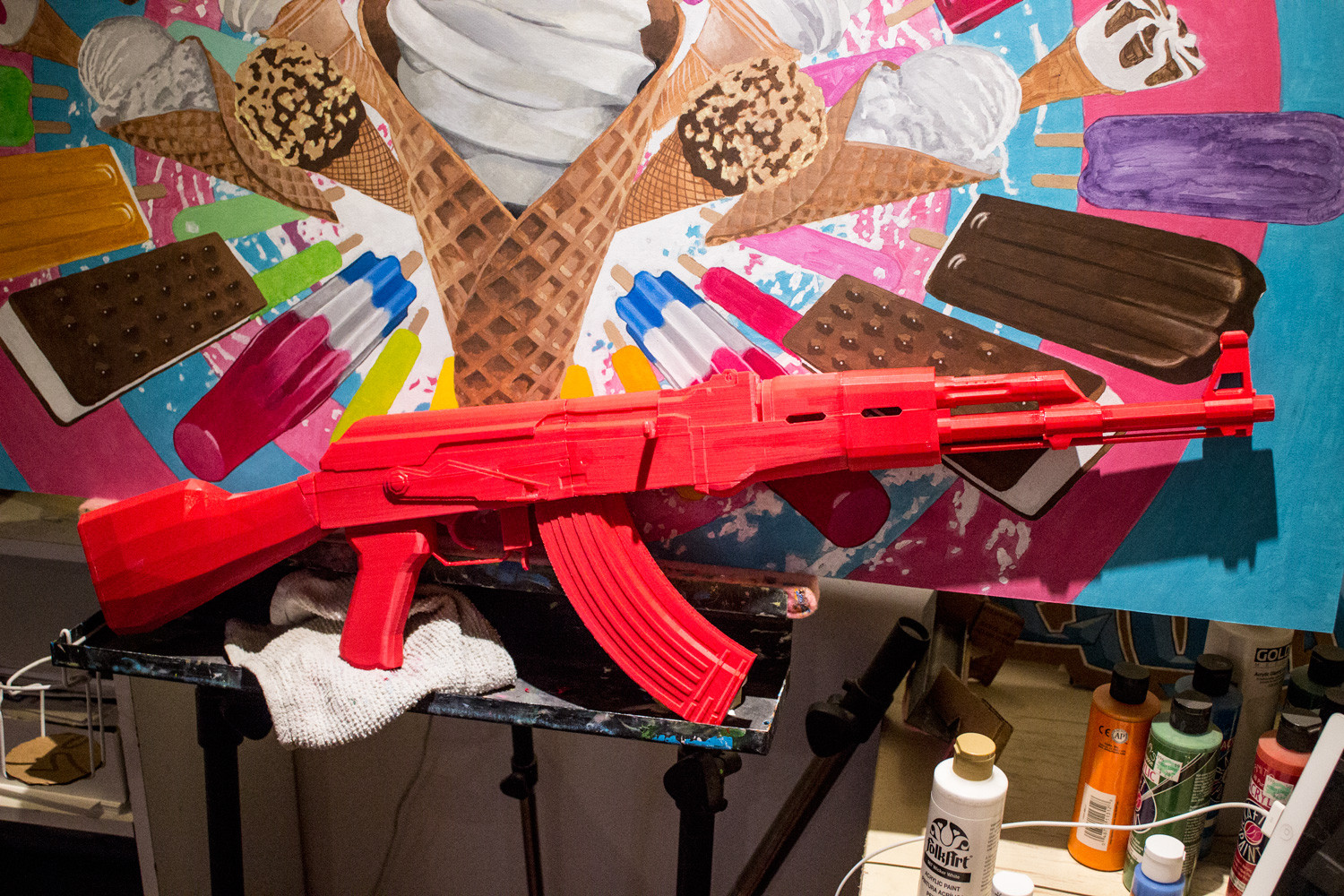