In its incredible versatility, 3D printing has given us the power to experience culture in new ways. This is particularly apparent in the world of art, where artists are asked to explore new possible applications of this technology in order to help the rest of us gain a greater understanding of it.

The Travesia por los estados de la palabra (Journey in the States of the Word) art installation in Madrid does this by taking the words from the works of famed Columbia writer Gabriel José de la Concordia García Márquez out of the ethereal 2D contexts of grammatical and semantic frameworks and into a physical environment. A total of 7.000 3D printed words thus acquire body and voices to interact with visitors. 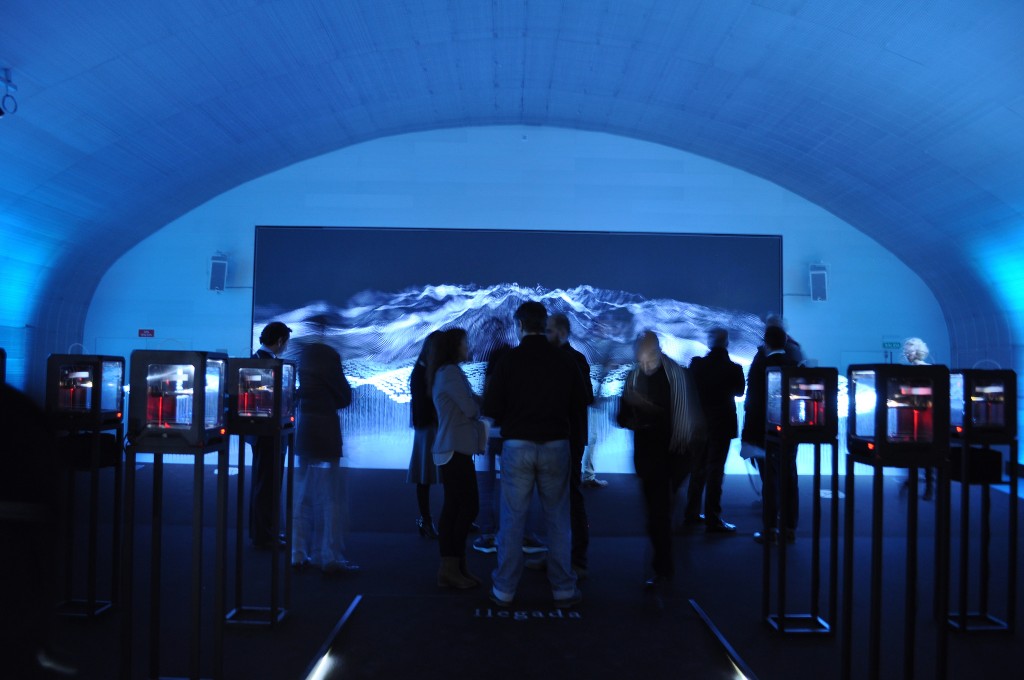 To carry out the project, with the support of the Colombian Embassy in Spain and Spanish mobile operator Telefónica, Madrid-based MakerBot, colorFabb, and Arduino distributor Ultra-lab, set up a total of 50 MakerBot Mini 3D Printers, to 3D print the author’s words non-stop for 20 days.

The smallest 3D printer in MakerBot’s lin- up proved ideal for the task because of its high reliability (now that the smart extruder’s initial issues seem to have been fully resolved) and also for the ability to be connected wirelessly and use a filament spool that is hidden away inside the printers outer case. The “manufacturing facility” could thus become part of the installation itself, with the machines printing away elegantly in the foreground. 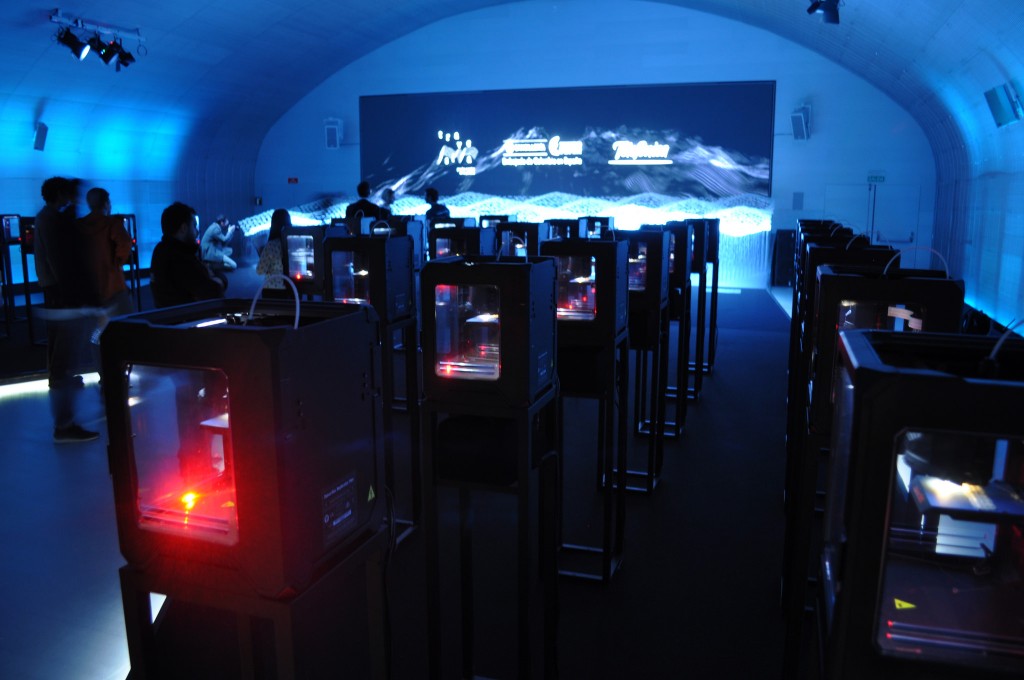 While Ultra-lab provided the 3D printing capabilities, the Think Big Factory agency was in charge of designing the experience, with an Openscad tool developed specifically to generate the words to be 3D printed.

Those visiting La Casa del Lector in Matador, Madrid, between February 27th and March 3rd are welcomed by a wave of physical words which appear to come out of the 2D background and take form. 3D printing, thus becomes, the medium through which we can gain a grater understanding of what it means to transform words into something real, just like a great writer does. 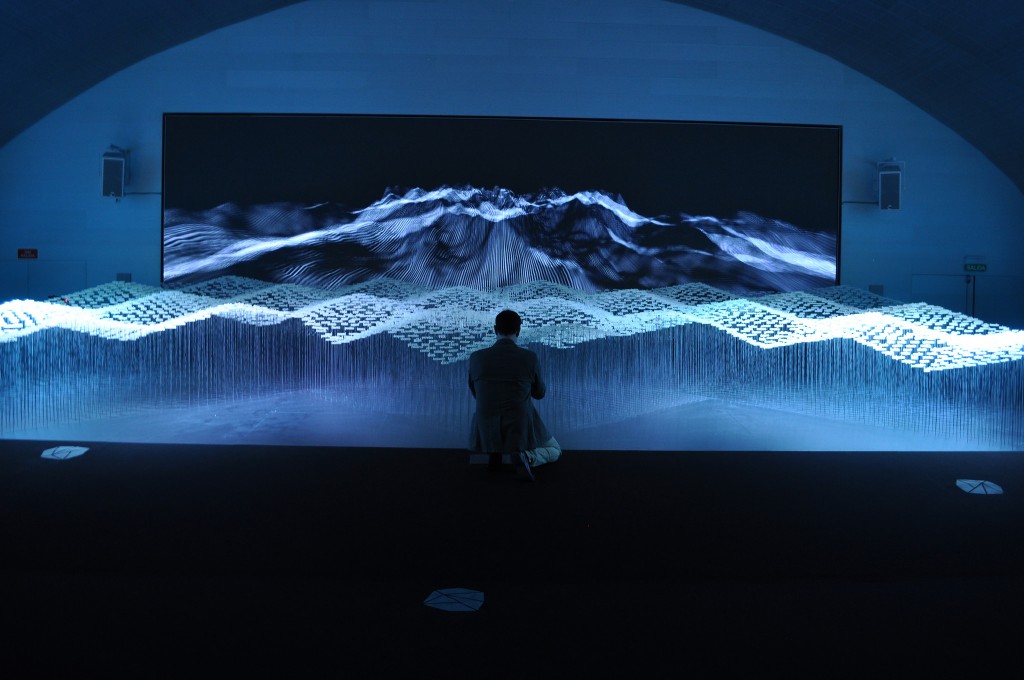