REAL 2015 was about Reality Computing. Reality Computing is about the convergence of and interplay between physical and digital data.  From both telescopic and microscopic viewpoints, our civilization has entered a feedback loop that’s combining our traditional and our new synthetic realities in new and interesting ways.  It’s an inter-zone, a membrane between our minds, between what we can naturally sense, and what our tools and technologies can create by amplifying our own skills, senses and abilities.  To present a small microcosm of that inter-zone, here is a list of 10 of speakers, exhibits, and experiences from REAL 2015: 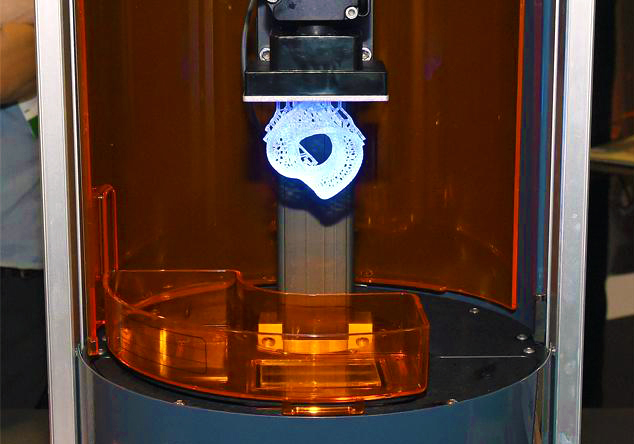 …has a small build volume, but the detail is amazing.  The Ember display was great, it was nice to finally see the DLP SLA 3D printer in action, up close.  Autodesk recently began taking orders for Ember, and I know for sure that most desktop aficionados have personally complained to me about the high price ($5,995).  But, as far as small to large businesses are concerned (think jewelry, dentistry, small component prototyping, medical applications), it has to come in at the top of the list of DLP SLA printers in terms of affordability-to-quality ratio.  More on that later this week.

At REAL 2015, Bass discussed his huge collection of 3D printers, showing some pictures of his workshop and some furniture he’s been building (I wish everyone could have that kind of workshop).   He then gave a shout out to the Mark One composite 3D printer, which can now print in Kevlar, carbon fiber, nylon, and fiberglass filaments. Building off of that impressive machine, Bass followed up with a cryptic remark: “There’s another company I visited again yesterday; they are now printing plastic parts at about 100-150 times the speeds of the standard SLA or FDM printers.  So, for the first time, you can actually see the print taking place before your eyes… you know, so things that take 12 hours are now taking 6 minutes and it’s incredible when you are able to do that.” 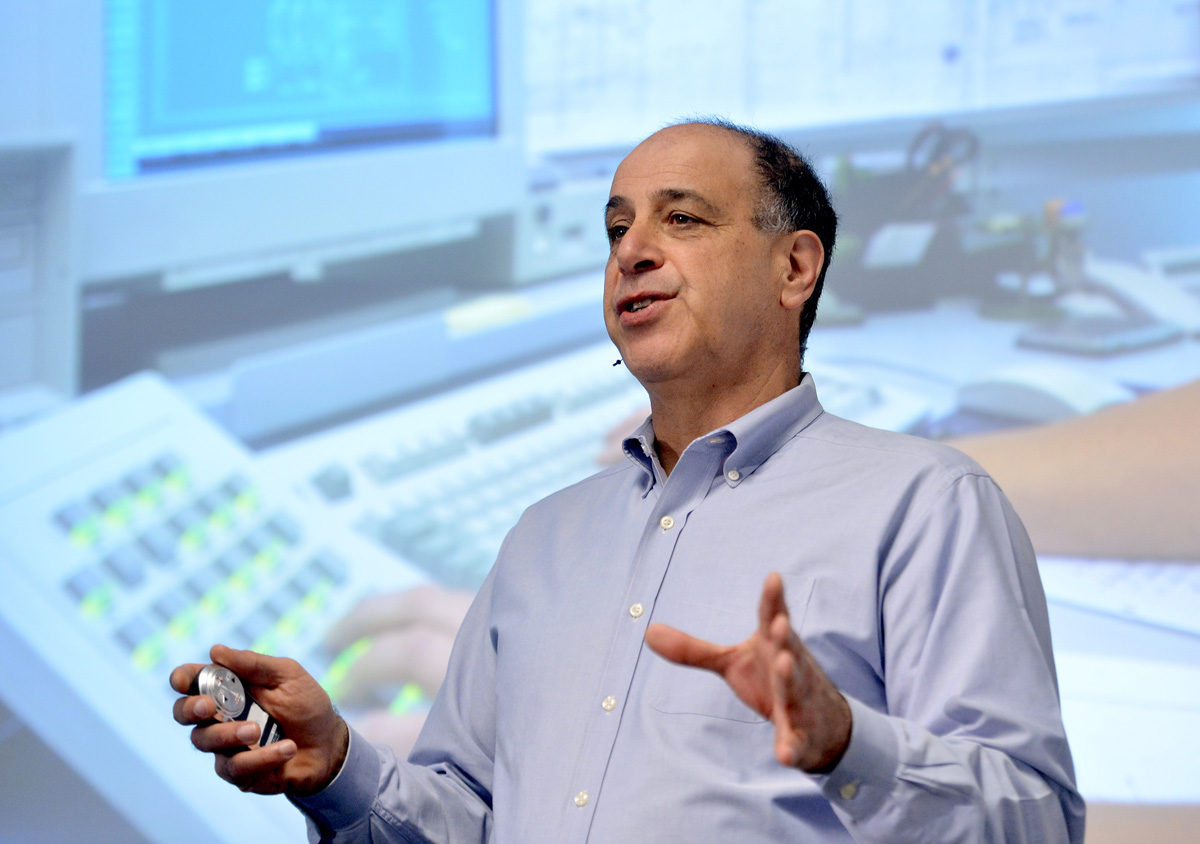 When his thoughts turned to the larger 3D printing industry, he basically said that there was a huge amount of hype in the desktop market, even going so far as to call MakerBot’s strategy of “3D printing for the masses” “total bullshit.”  He wasn’t totally bashing desktop 3D printing, and continued to say that there is a hobby market for it. In fact, he does use desktop printers all of the time to create fixtures, but never really for finished products.  But, on a grander scale, what Bass envisions for the future of 3D printing, in terms of popular use, is the widespread utilization of 3D printing services like Shapeways, that 3D print-on-demand, and allow for the customization of existing consumer goods.  But he’s also seen a super-fast printer from an unnamed company. If desktop printing was full of hype, but you’ve visited a company with printers capable of printing 100-150 times faster than standard SLA or FDM printers, is the mysterious printer a desktop printer or an industrial printer?  Is it HP?  C’mon, is it? If not, then who?

Check out his whole presentation at REAL here (courtesy of All Things 3D):

Sly Lee’s presentation was one of my favorites at REAL 2015.  Everyone should check out his Hydrous Project, in which Sly is collecting 3D data from the world’s coral reefs.

Though this may sound incredibly ambitious, I immediately learned two things from the presentation that I’d like to share:  Coral reefs cover only .01% of the ocean floor, but they account for $375 billion per year in economic services.  Sly uses a Canon 5D Mark III and Autodesk Memento to capture, compute, and create amazing 3D models of the world’s coral reefs.

I was impressed by the scope of his project, and his sensitivity to the social context of the areas he’s exploring, such as the Maldives.  It should be noted that Mohamed Nasheed was the first democratically-elected President of the Maldives.  A marine scientist, Mohamed Nasheed, was recently arrested and his whereabouts unknown. He is Amnesty International’s Prisoner of Conscience, the UN’s Champion of the Earth, and was named as one of Newsweek’s World’s 10 Best Leaders.  President Nasheed’s work in fighting climate change is beyond reproach.

Tim Zaman kicked off the festivities at REAL with a dynamic presentation about the 3D scanner he developed that simultaneously captures color and topography of paintings.  His scanner is quite amazing and the implications it has for preserving historical works of art and replicating them was not lost on the audience.  He passed around a 3D printed replica of Rembrandt’s self-portrait from 1669. 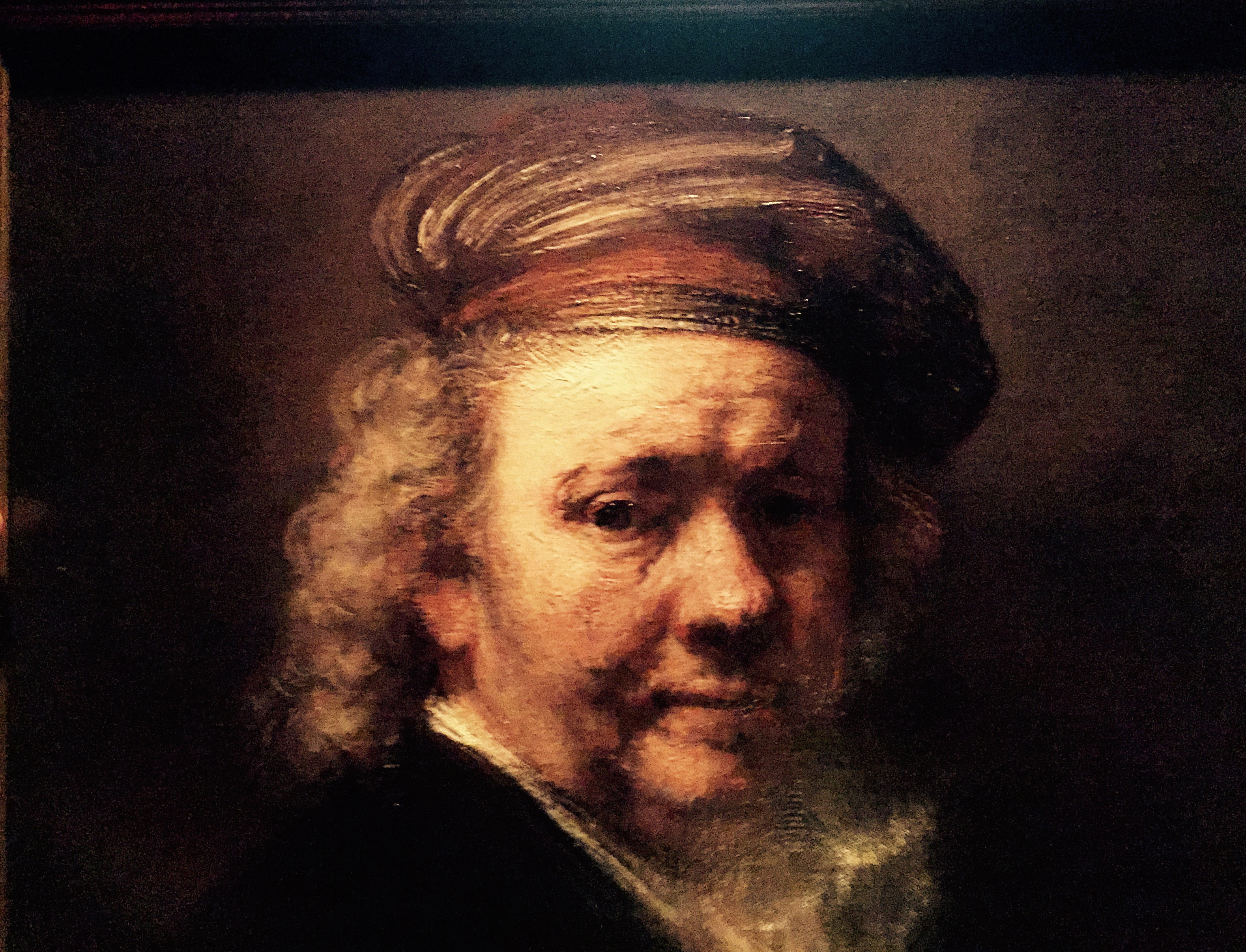 Tim discussed the scan of Rembrandt’s Jewish Bride at the Rijksmuseum, which was made up of over a billion points, each one  labeled with color information. Since a billion points is greater than 500x of what an HD screen can handle, the only way to visualize the scan was to 3D print it.  This was done by Oce (Canon Group) using their ‘state-of-the-art’ Fine Art 3-D printer. Printing a billion points took only a few hours! 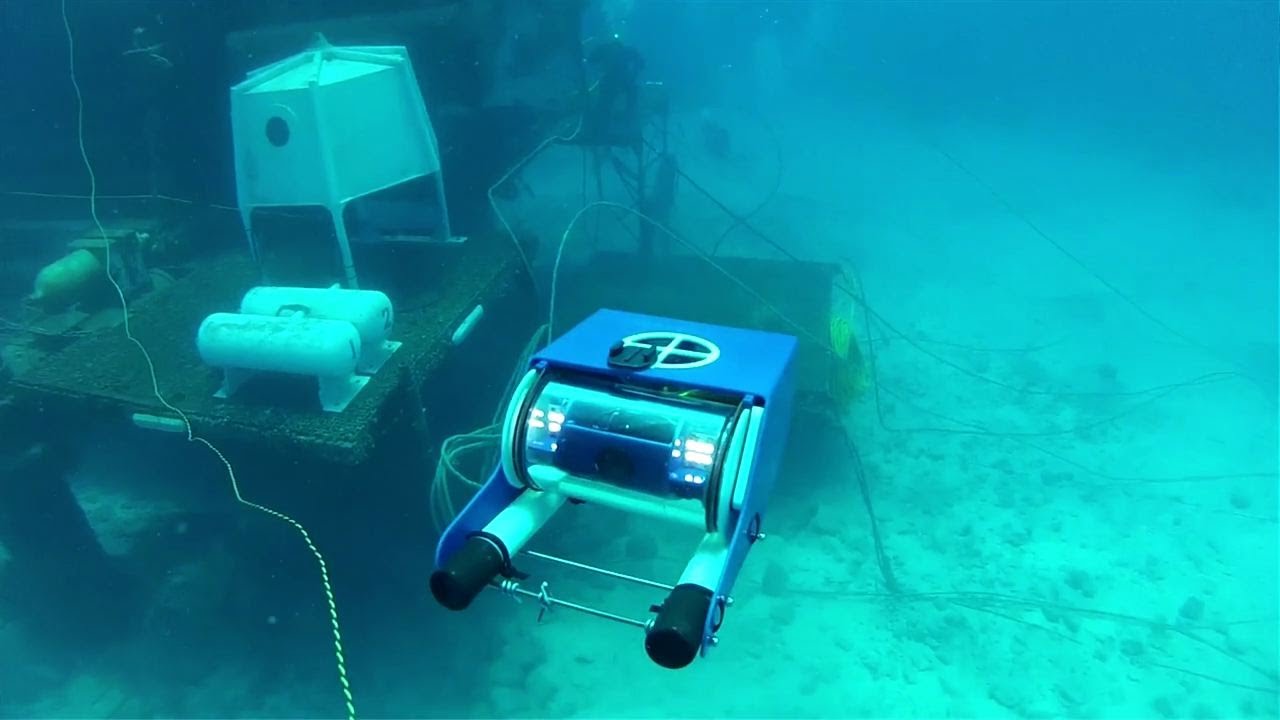 As far as a call to action, the presentation from OpenROV co-founder David Lang hit me right between the eyes.  I’m definitely going to join this open-source community ASAP.  Besides a great presentation, this had the greatest appeal to me personally in terms of a global community that exists for a great purpose, with a very interesting an adaptable tool for underwater exploration.  The call here was for citizen scientists to step up and get involved.  This resonated deeply with me, because I know how important the ocean and its organisms (such as marine algae, which supplies 70-80% of the world’s oxygen) are to our survival.  The kit and community are there, and this is something I’m definitely going to pursue.

6.) Virtual & Augmented Reality Are Going To Be Everywhere:

Headsets were everywhere and on all the time.  Waiting my turn, I couldn’t help but chuckle at how people look and move when they are reacting to what’s going on in their virtual world.  People were making fireball blasting maneuvers, bobbing their heads like Stevie Wonder, and sometimes staggering around like birds after a bit too much fermented fruit.

Speaking at the event were Roman Hasenbreck, the Managing Director of Metaio, who discussed enabling anyone to create and manage their own AR experiences; Gannon Wilder, of Paracosm, covered their transformative AR indoor GPS; Dave Eisenberg, CEO and Co-Founder of Floored, whose unique real estate models allow users to view different locations via mobile phones or with Oculus Rift headsets; and Greg Downing, President of xRez Studio relayed the incredible variety of immersive experiences they offer.  Just go to each one of their sites and prepare for lift-off.

7.) Scanning Drones Are On The Rise:

REAL Aerial was a great segment with Chris Anderson, CEO of 3DRobotics.  Drones have the space to be equipped with all kinds of sensors, and Chris demonstrated how his drones could take off and follow you around via your smartphone, and also be used to scan buildings as you walk around them.  You can imagine a lot of interesting applications here for film, architecture and construction.  The presence of customizable sensors will only increase from this day forward, and drones will be used to scout, scan, and collect all kinds of information about weather, geologic structures, and various buildings.  The range and affordability of drones is only going to increase along with their applications.  I don’t think they will be used to deliver packages the way Amazon intends, but I do think that they could deliver emergency goods and provide vital information like real-time visual data for road mapping of areas hit by catastrophic natural disasters.

8.) Virtual Museums to Preserve Culture That Could Be Destroyed:

This is another Reality Computing application that hit me on a personal level.  When violent extremists of the world decide to subdue a culture by destroying its most precious artifacts, the whole world loses out on important parts of cultural history. Natural events, too, destroy or degrade historical sites and artifacts, as well as an overabundance of tourists.   In addition to preservation, a real benefit of virtual artifacts is that they allow users to have a virtual experience of places that probably would never be open to the public. To see reality data captured and made available would also allow for collaborative research possibilities too.

By scanning and creating 3D models and virtual displays anyone can go to sites like africanfossils.org, or check out amazing exhibitions like Pure Land, put together by a number of collaborators based out of Hong Kong. Professor Sarah Kenderdine, of the University of New South Wales, described the power of these exhibits, which allow dozens of people to view and explore such treasured archeological sites without damaging or disturbing them.  The possibilities are there for remote viewing, discovery and collaboration.  At REAL, these exhibitions were made viewable through a VR headset, which I, unfortunately, didn’t get a chance to experience.

Intel’s AR reveal was the last segment of REAL 2015, and, though my mind was already pretty saturated, there was room for a few more revelations. The presentations by Evgeny Lykhin, VP of Product Management for Artec Group (who gets bonus points for this hilariously bizarre Shapify wedding proposal video); Ken Mooyman, President of Leica Geosystems NAFTA; and Eduardo Falcon, EVP of Topcon Positioning Systems were all interesting, but I was blown away by Mark Yahiro, the Managing Director of Perceptual Computing at Intel. Just see for yourself in the video above.

This is a great idea!  After listening to CEO Mark Hatch talk about all of the cool projects and amazing stories that TechShop has enabled (such as Square Register-90 days from idea to $1 million in orders), I walked over the the Mobile Maker Unit. 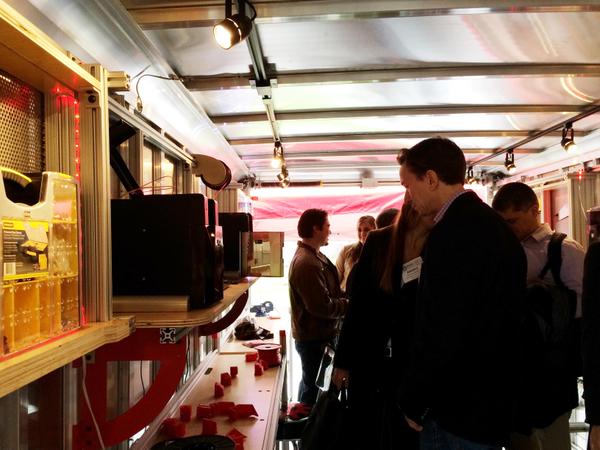 Fujitsu partnered with TechShop to create this walk-in mobile maker space.  It has some UP 3D printers, a laser cutter, and whole bunch of other teaching materials to hit the road and empower the next generation to become aware of making and bringing their own ideas into the world.  Again, see for yourself.

Doing a top 10 for REAL 2015 doesn’t begin to cover all of the cool insights, discussions, presentations, technologies I saw while I was there.  It doesn’t quite capture the spirit or feeling of being there, and meeting people you’ve only conversed with on social media, by phone, or through email.  I could write for a month straight about what went down there.  I could probably write for a year.

Overall, you really just had to be there.  If you missed it, don’t feel bad.  Just catch the next one 🙂