3D Printed Exo-Foot is a Giant Leap in Footwear Technology

3D printing – even low-cost FFF 3D printing – has made prototyping faster than ever. This means you can theoretically go from idea to final prototype in just a few hours. So, imagine what you could do if you were to use 3D printing to prototype and re-prototype something over a period of 3-4 years. You could probably reinvent the wheel, or at least something that is just as integral to human culture: the shoe. Only, by the end of the process, it would no longer be a shoe.  Instead, you might come up with the Exo-Foot.

Onyx Ashanti, the musician and inventor behind the Exo-Foot, describes the entire creative process of developing the new footwear on his blog. It all begins with continuous brainstorming. When the creative process leads to something functional, it gets “CADded”, then, when that yields something interesting, it gets 3D printed. This led to creating an object that looks somewhat like a sandal, but built to better suit the human walk. 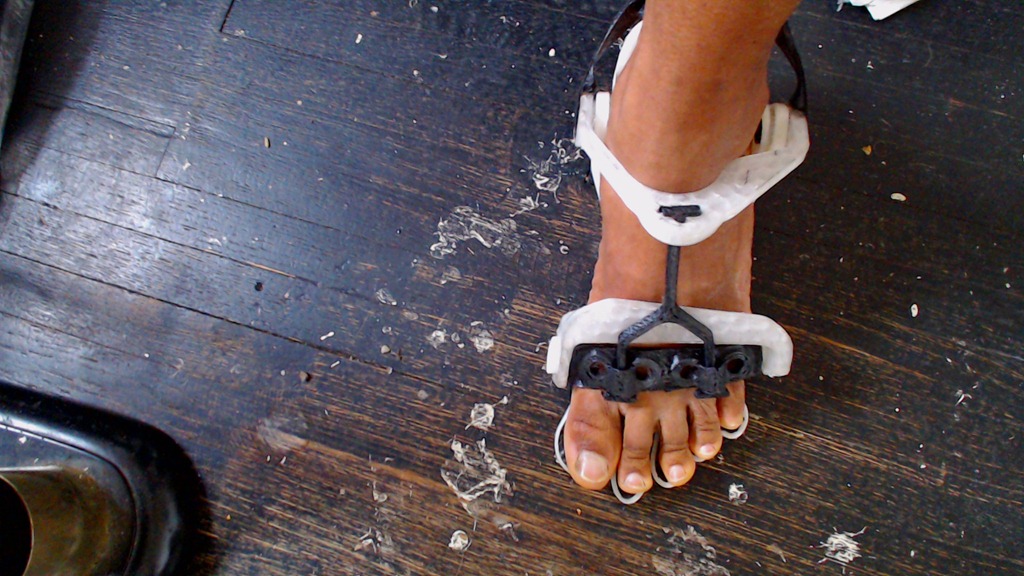 “The forefoot and toes are very springy and when barefoot, one tends to eventually end up walking more on the balls of their forefoot than on their heels, scanning the ground for anything that might cause harm, before stepping down with their full weight,” Onyx explains. “In a shoe,” he adds, “the foot does not act in this manner. Shoes make the feet land on the heel first then roll toward the front of the foot.”

However, Onyx continues, “the entire weight of the body was not meant to land in the heel … it was meant to be sprung between the forefoot and the heel.  So as I started to dream-design foot interfaces, I realized that it could not be a shoe.  I wanted the same freedom for my foot that I have for my hands.  I knew that I wanted something that would allow me to put my weight naturally on my forefoot and not my heel.” 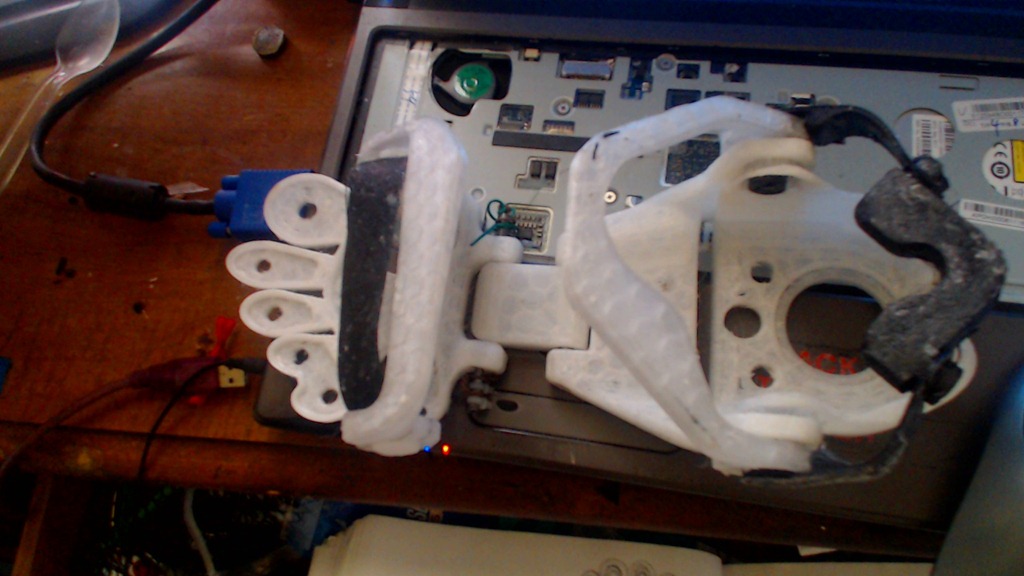 That something ended up being the Exo-Foot, which was entirely manufactured using a RepRap 3D printer and mechanically allows the foot to enjoy full bio-mechanical freedom. Its components are modular and were designed to snap together, which also makes it easier to to iterate a development platform for experimentation with “foot-centric” applications. The materials used were exclusively nylon filament and EcoFlex PLA from Formfutura, which enabled Onyx to offer the full range of material flexibility, from rigid to rubber-like.

“As part of a more evolved cyborg interface i use called an Exo-Voice,” Onyx Ashanti explains, “it will soon make use of printed pressure sensing and gyroscopic positional data, but right now it is just meant as a comfortable way to allow my left foot (the right foot version is stil in the works) to move in ways that no shoe ever did, or could.” 3D printing (and the concept of additive digital manufacturing in general) have been considered one of the greatest paradigm shifts in the history of humanity; it seems logical, then, that it would be used to reinvent the shoe. And it would not shock us if the Footwear revolution truly began from Onyx Ashanti’s RepRap 3D printer. 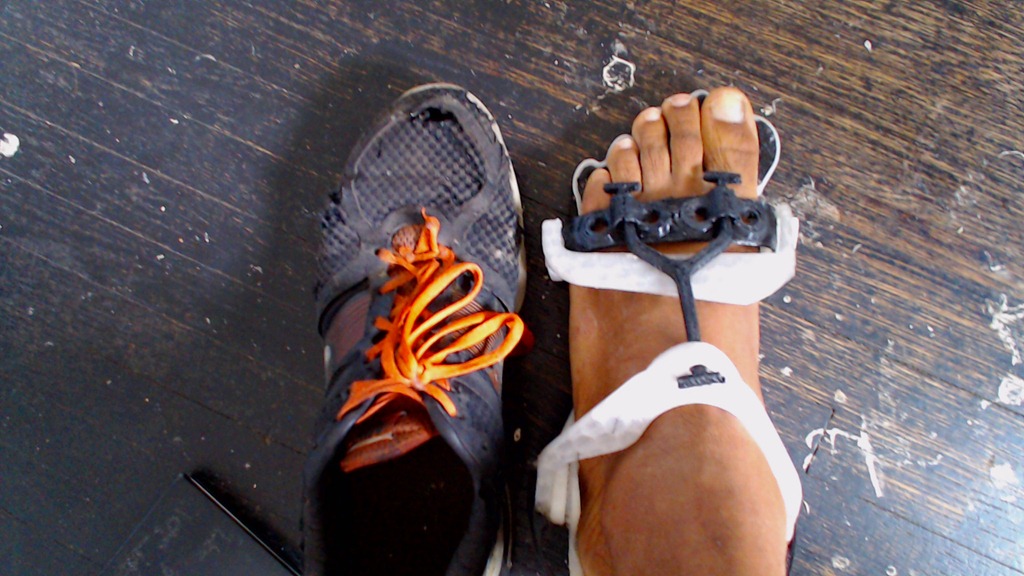