Today was the 2015 White House Science Fair and, in addition to learning about exciting projects from students in the US, President Obama announced a huge number of contributions from the private sector to STEM education in the United State.  The commitments from major businesses in the country, totaling $240 million in value, are meant to empower a greater number of students from underrepresented groups to pursue STEM careers.  Among these commitments include some great contributions from members of the 3D printing and Maker communities. 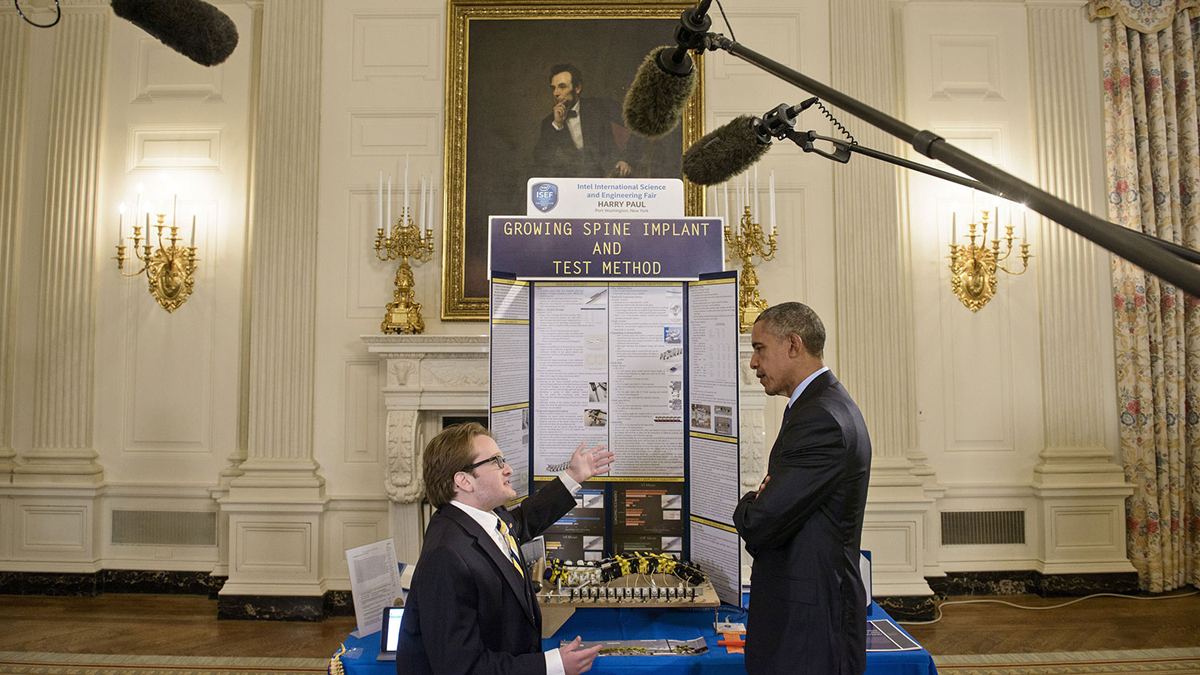 In order to help develop a “Nation of Makers”, a number of companies and organizations are making donations of 3D printers and related technology to educational institutions across the United States. Specifically, 3D Systems, along with the Youth Adult Library Services Association (YALSA) and the Association of Science-Technology Centers, is in the process of establishing a 3D printing network through various libraries and museum.  After announcing the program last year, the partners have already awarded 100 libraries and museums with Cube 3D printers and plan to total 1,000 3D printing programs in the country.

Aleph Objects, manufacturer of the LulzBot brand of desktop 3D printers, also stepped up to the plate with a commitment to donate $30,000 worth of 3D printing equipment to schools and libraries all of the planet.  In their first annual LulzBot Education Giveaway, 20 LulzBot desktop 3D printers will be given away to eligible grade schools, community colleges, universities, and libraries.  To apply for acceptance, the educational institution must provide Aleph Objects with the following information by midnight on Sunday, April 5, according to the company:

The Digital Harbor Foundation, too, promised to donate 3D printers and training to schools via the non-profit’s Perpetual Innovation Fund.  Through this program, 3D printing will enable the formation of youth enterprises at schools, in which a part of the profits made by young entrepreneurs will be donated to other schools to fund the creation of yet further youth enterprises.  The United Negro College Fund, along with the Association of Public and Land-grant Universities and the White House Initiative on HBCUs, and supported by SparkFun Electronics and 3D Hubs, is doing its own part to encourage Making activities at ten Historically Black Colleges and Universities (HBCUs), culminating in the Making for Change Showcase, displaying Maker-related solutions to community challenges.

These weren’t the only STEM initiatives launched in correspondence with the White House Science Fair, nor were they the only Maker-themed initiatives.  We’re likely to see a number of other stories trickle out of the White House over the next week.  To catch the complete Fair, check out this link, and, for a complete list of all of $250 million-worth of endeavors contributing to the President’s STEM campaign, click here.