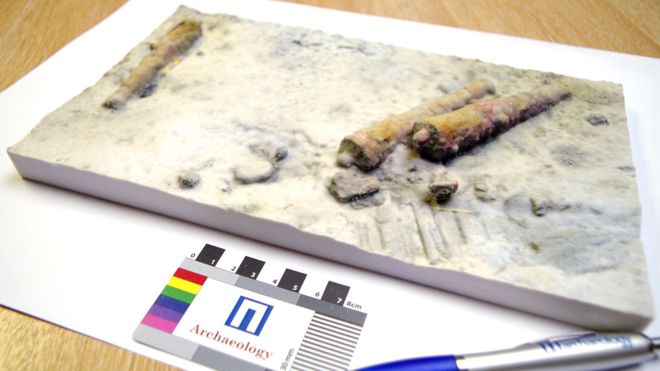 Two shipwrecks in UK waters are among the world’s first underwater archaeological sites to be recreated using 3D printing technology.

Archaeologists have made a full colour model of a wreck near Drumbeg, in Sutherland, thought to date from the late 17th or early 18th century.

A print has also been made of HMHS Anglia, a World War One hospital ship lost off Folkestone in Kent in 1915.

The steamship, built in Dumbarton in 1900, sank after it struck a mine.

3D printing involves machines that can create a three dimensional object from an image by laying down thin layers of materials such as plastic – or in this case plaster of paris – on top of each other.

Wessex Archaeology worked with printing firms in Scotland and England after first investigating and scanning the wreck sites. 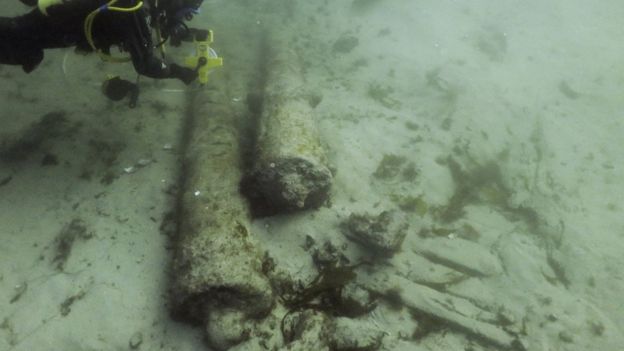 The first of the wrecks to be printed was the Drumbeg shipwreck.

The wreck lies at a depth of 12m (39ft) in Eddrachillis Bay and consists of three cannon, two anchors and partial hull remains that lie on and below the seabed.

The cannon are heavily encrusted and colonised by small red seaweeds.

Archaeologists are still working to confirm the identity of the wreck, but Wessex Archaeology said one “intriguing possibility” is that it is the Crowned Raven, a Dutch trading vessel.

The ship was known to have been lost in the bay the winter of 1690 or 1691 during passage from the Baltic Sea to Portugal with a cargo of timbers and hemp.

Surveys of the wreck were first undertaken by archaeologists from Wessex Archaeology working on behalf of Historic Environment Scotland in 2012. 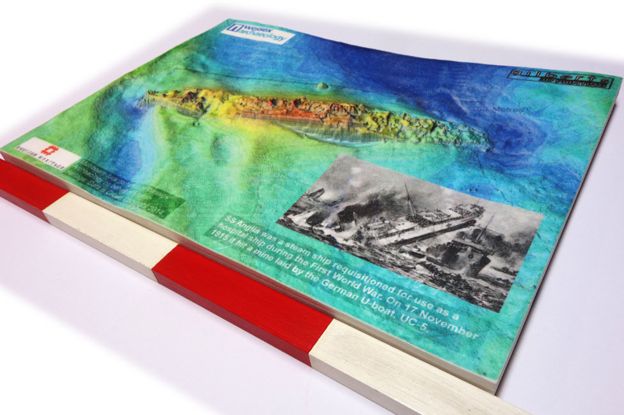 A technique called photogrammetry was used. It allows archaeologists to capture not only the 3D shape of the wreckage but also the colour and texture of features such as cannons and hull.

Since 2012 further surveys have been done using sonar and magnetometer sensors.

The ship was carrying wounded UK military personnel from Calais in France to Dover when it struck a mine laid by a German U-boat in November 1915.

The vessel sank within 15 minutes with the loss of more than 160 lives.

Some of those on board were soldiers who had been severely injured at the Battle of Loos. 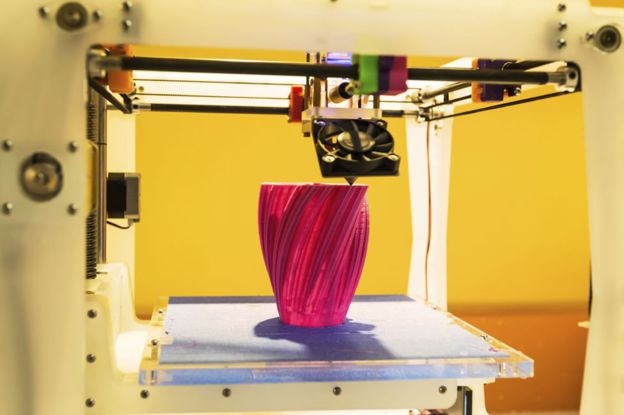 A high resolution 3D sonar survey of the site was carried out by Wessex Archaeology on behalf of Historic England in 2014.

Historical information, including an illustration of the ship sinking, has guided the colouring of the model.

Archaeologist John McCarthy who undertook the 3D modelling of the sites, said “It’s been a fascinating process to transform the light captured in the photographs and the sound captured by the sonar sensors back into solid objects through the 3D printing process.

“We are very excited about the potential for this technology to help us to show the wider community what it’s like to visit the site without having to learn to dive or even get your feet wet.

“We hope that future surveys by our team can result in more models which can be used in local and national museum displays and at talks and open days.”