3D printers are most often used to make prototypes, but, if you intend to build a 3D printer yourself – or any other electronic or robotic device for that matter – you might have to make a prototype of it first. In that case, you would need the Voltera V-One, a circuit board prototyping machine that recently hit Kickstarter and already doubled its initial goal.

That’s because the Voltera team really answers many Makers’ demand for the rapid prototyping of circuit boards. It simply takes a Gerber file, sort of like a PDF for electronic circuitry, and churns out an FR4 circuit board. The printer basically plots down a conductive ink to create the circuit traces and, then, an insulating ink as a mask between layers. 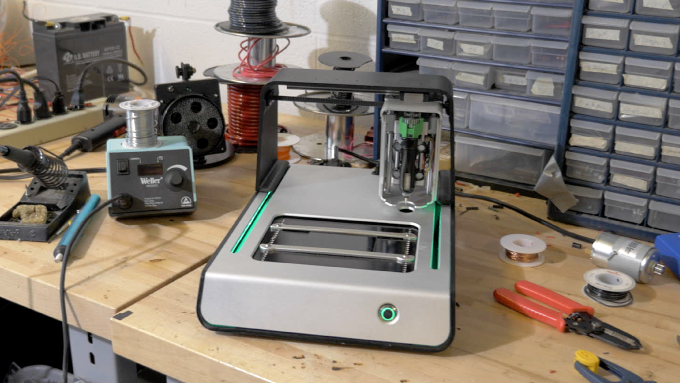 Electronics is starting to make its way into 3D printers with fascinating projects such as the Voxel8 or through new types of conductive filaments. such as those from Proto-pasta or Graphene Laboratories. All of these devices will, one day, let you create objects with embedded electronics, but it seems safe to say that, for quite a while longer, you will need to create the electronics separately on a PCB board. In that case, the V-One will be a perfect companion for testing new circuit prototypes.

The machine is even capable of creating two-layer boards: all you need to do is design the vias and layers as you would normally and, after the first layer is printed, just swap in the insulating ink cartridge. The software will automatically trace intersection and lay down masks where the two traces overlap. 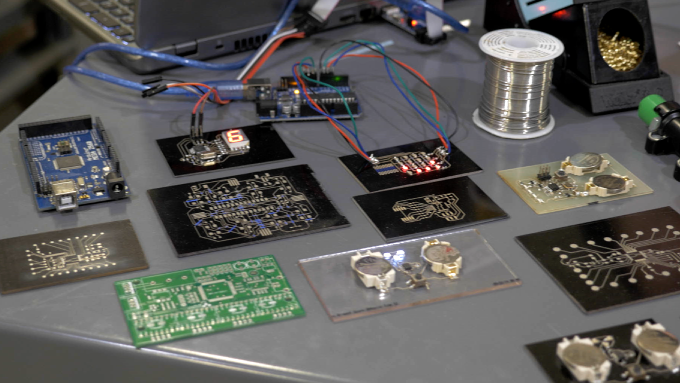 The printer’s support options started at $1,199 for Early Birds, with deliveries in September 2015 (which are all gone). The only option remaining (at the time of writing) is the $1,499 package, which will bring you the circuit printer in January 2016.

The V-One was also presented a CES and has been chosen as one of KS’s Staff Picks.  In fact, there are not many other similar systems available on the market. Unlike inkjet printing-based DIY projects, the V-One uses a more viscous type of ink and a custom cartridge system which assures superior conductivity. It also comes with template boards that are cut to shape and pre-drilled to get your working right away, starting with Arduino Uno and Mega shield boards and, with more chosen by backers to be added next. The V-One might not be a 3D printer but it might become your 3D printer’s best companion.