If you thought it was complicated enough to remotely launch and view a 3D print job from your home while you’re at work (or vice versa), then you should check out the latest project by a group of Virginia Tech engineering students. They are going to remotely print their logo in space, on board a 900-pound two-stage Terrier-Improved Malemute suborbital sounding NASA rocket.

The latest experiment with 3D printing in space follows in the wake of Made in Space’s successful installation of a zero G 3D printer on the ISS and the recently announced extension involving the possibility of 3D printing outside the orbiting station. The difference is that the student-led project at Virginia Tech – which is part of the RockSat-X program – will test how a 3D printer can survive a 100 mile ride at up to 20 to 40 g’s (which means 20 to 40 time the force of gravity on Earth), while reaching speeds of up to 3,800 miles an hour. 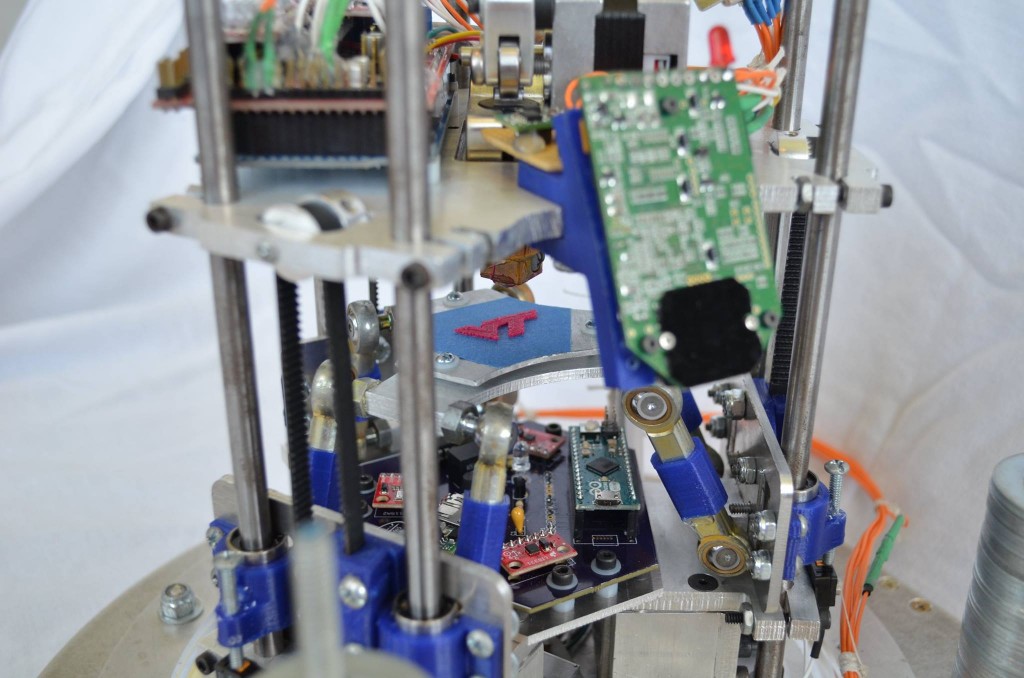 If the student-built device – which cost about $2,000 to make – will continue to work as expected, it will be used to 3D print the university’s logo as a first experiment on the future possibility of 3D printing replacement spacecraft parts, on-demand, during long-term space missions.

“We wanted to be the pioneers of that and get to be the first to tackle the problem,” said Virgina Tech RockSat-X team leader Sebastian Welsh, “There’s a lot of practicality behind it – he added speaking about 3D printing in general – in the future as 3D printing develops, we see a lot of benefits to it such as parts replication and repairs in space, so for example if a part in space breaks on a mission to Mars or the ISS, it takes a lot of time and money to get new parts up to the astronauts, if it’s even possible at all, but if there’s a means to manufacture the part on board the spacecraft it would make repairs a lot easier and potentially help save missions.” 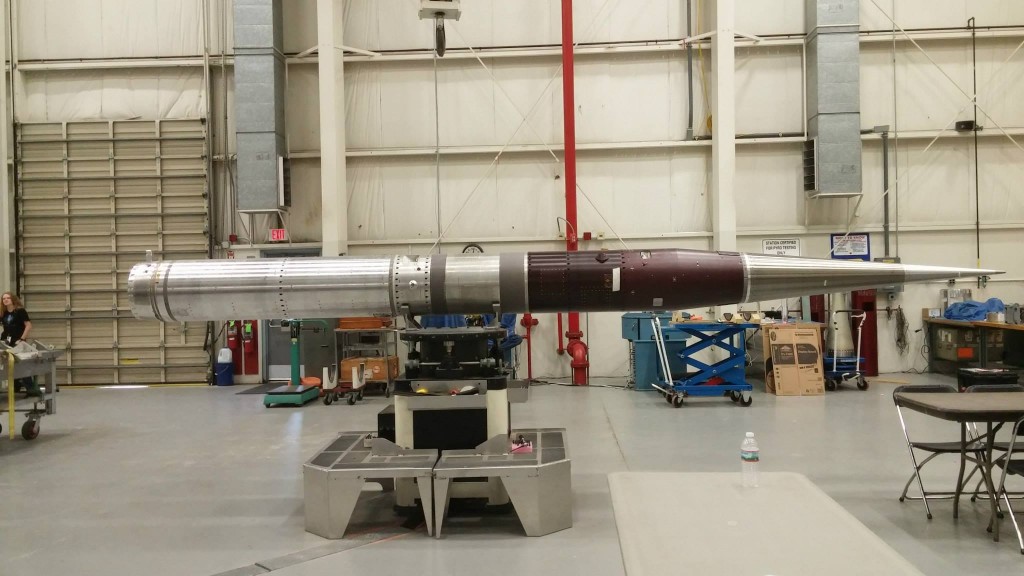 The student-led project – directed by faculty member Kevin Shinpaugh – involved 20 students from across the College of Engineering, all working with Virginia Tech’s Center for Space Science and Engineering Research, or [email protected] Co-leading the team is John Mulvaney a senior in the department of aerospace and ocean engineering.

The mission will be successful, if the rocket will be able to 3D print the university’s Hokie “VT” logo, while spending three minuets in microgravity. An on-board computer will record temperature, pressure, and acceleration data, while an on-board camera will record the actual 3D printing. After splashdown, the team will receive the data and analyze it to find microscopic differences with standard parts 3D printed on Earth. 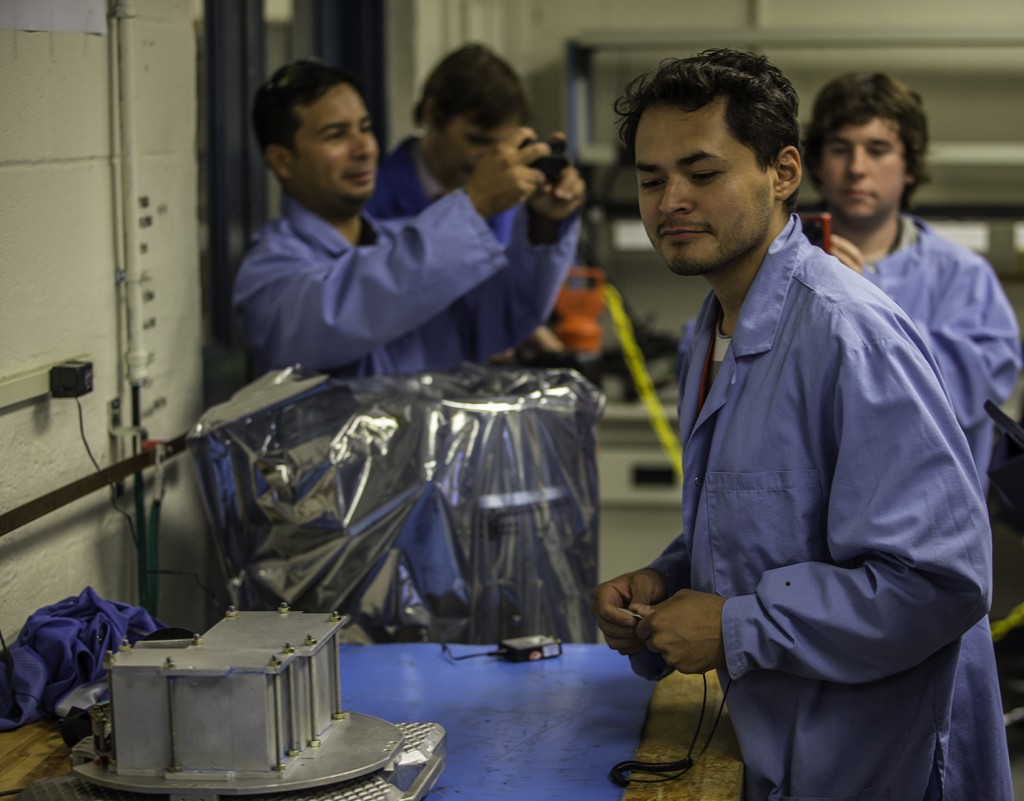 The delta architecture-based 3D printer has already undergone several stress tests at the NASA facility. Although it used student manufactured parts and off the shelf components and, although weight was kept to a minimum of about 30 lbs, it will still cost about $24,000 to launch into space, with the costs covered by sponsors such as engineering company a.i. solutions, the Virginia Tech Department of Aerospace and Ocean Engineering, and the Student Engineers’ Council of Virginia Tech.

The project also falls in line with an initiative set by the Defense Advanced Research Projects Agency (DARPA), to have astronauts in space build “new” satellites using “junk” parts from disused satellites, retrofitting the parts together with 3D printed parts. It will still be a long time before this tiny 3D printed logo will become a solid 3D printed part that can self-assemble into a spaceship to assure structural integrity on long-term missions, but, as a wise man once said, even a million mile journey starts with the first step.

If you are awake, you can watch the launch live here. At time of writing we are a T-1 hour…