While I was in Budapest for the 3D Printing Days conference last week, I had the opportunity to meet some of the main players in the Hungarian 3D printing market, both the “new consumer/prosumer industry” and the more traditional professional and industrial. Both of these lead to one person, who has been working in 3D printing for more than two decades and is both a rapid prototyping entrepreneur and a teacher: György Falk, founder of Varinex, the largest rapid prototyping service and professional 3D printer reseller in Hungary.

György Falk has been one of the most active supporters of the 3D printing days conference, which he directly contributed to both by exhibiting and by organizing the “What to Print in 3D” exhibit, where several designers submitted their works to be evaluated and 3D printed using Varinex machines. The event also coincided with the opening ceremony of the new, larger facility in Budapest, which I had the opportunity to visit. 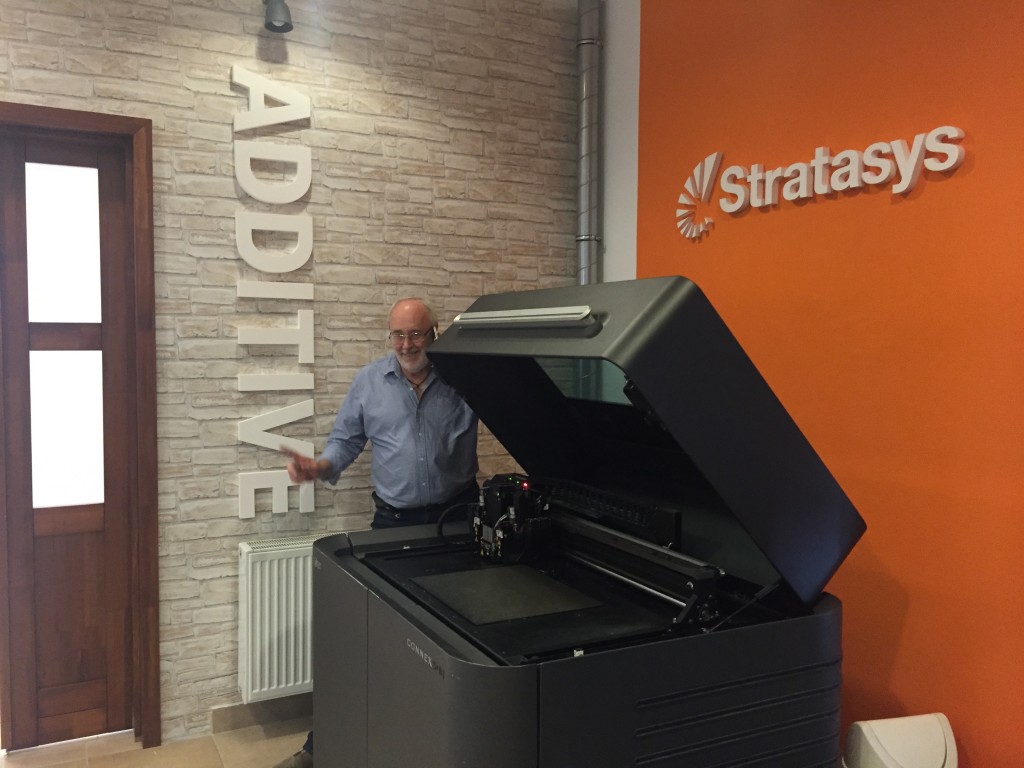 While Varinex offers high end services to some of the biggest local adopters of the technology and its customers include the likes of toll manufacturer Bosch as well as universities and local institutions, György Falk has a true passion for 3D printing and rapid manufacturing technologies in general, something you clearly perceive when visiting the new HQ.

The company began as an Objet retailer and polyjet 3D printing service, something György Falk has mastered to the point where back in 2008 he gave a workshop attended by no less than Stratasys current CEO David Reis (see video below). After the merger with Stratasys Varinex began offering FDM services and it has now added EOS’s SLS technology for nylon models.

In the new center each technology has a dedicated themed area for the machines. The first room I visited was the FDM space, hosting a Stratasys Fortus 400 system, we then moved on to the center room, where both the Objet 500 and object Eden are located. Finally we moved on to the SLS room, with a Formica P110 system. Varinex also offers casting services: all the post production (including the nylon cleaning and powder recycling station), as well as the filament and resin stocks are located in a separate, dedicated room. 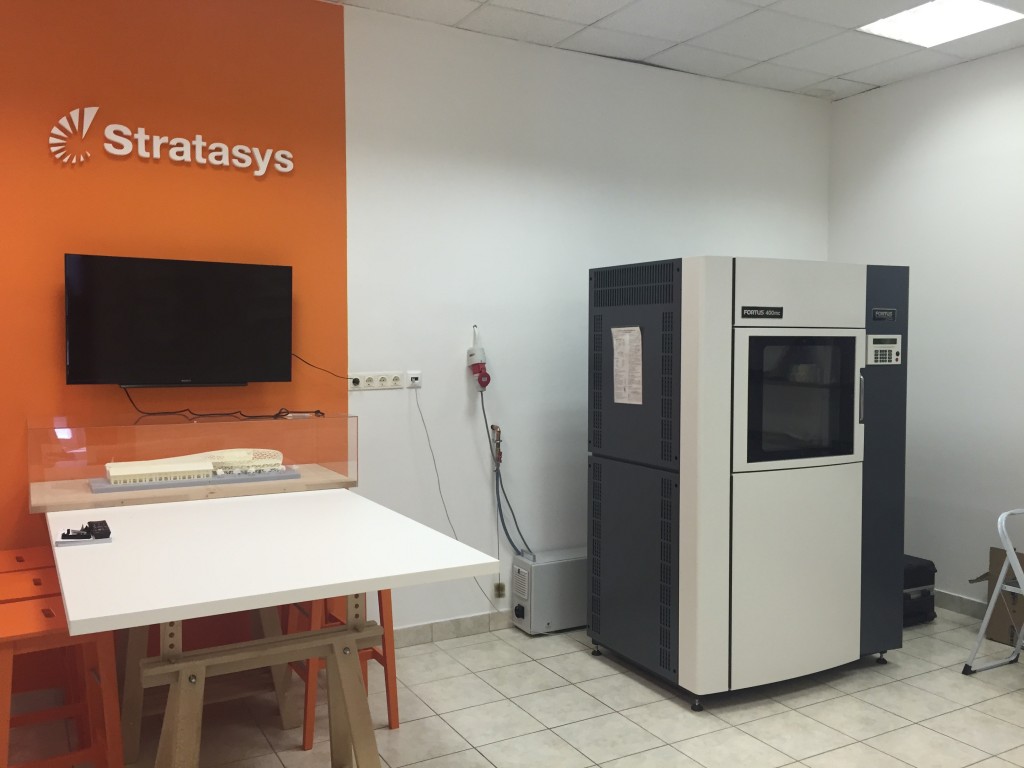 The older office has now been turned into a facility for digital design, modeling and other software-based services, including GIS (Geographic Information Systems). Varinex is also a top reseller and adopter of Autodesk CAD software and, while the company has undoubtedly been successful in its over 23 years of activity, the main challenges for Mr. Falk lie ahead and mainly consist in helping designers and engineers fully understand the possibilities offered by additive manufacturing. 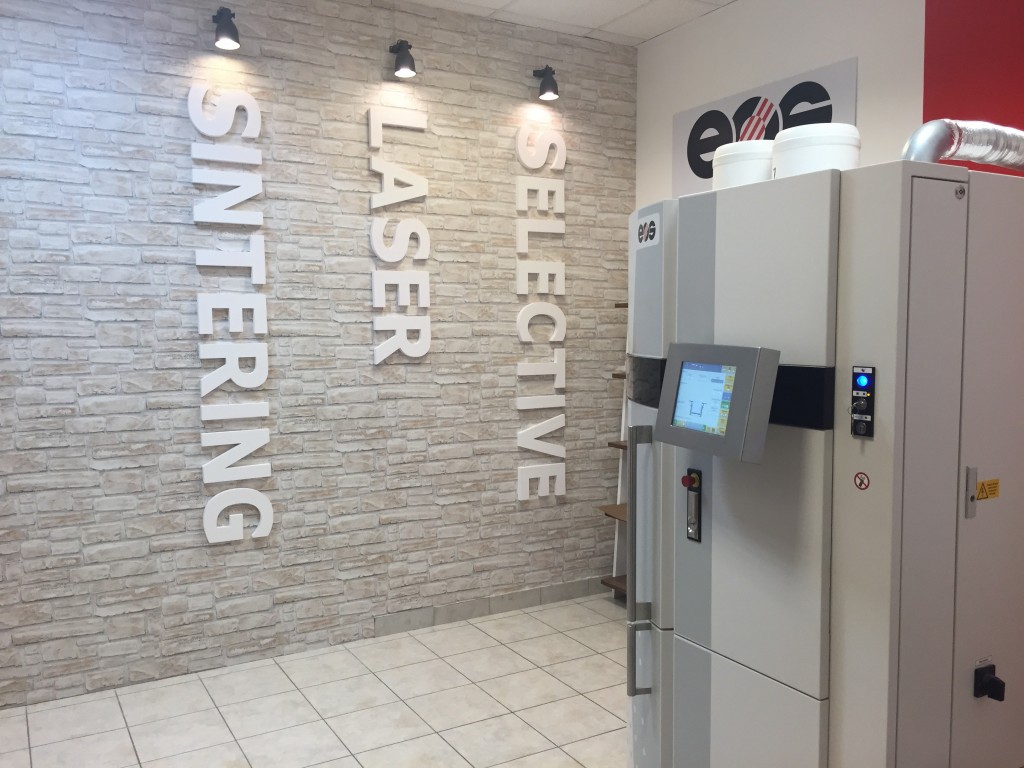 That is the reason why he has worked so hard at the “What to Print in 3D” competition and is already actively preparing next year’s edition (so if you are a designer who would like to participate, visit the website and get in touch). This year’s edition saw 136 registrations and 96 submissions, with 4 winners chosen by the public voting on the contest’s Facebook page, 3 best applications selected by a jury and a special award assigned for the most complex application.

Most of all the exhibit, which rewarded the overall White Cube Award winner with a MakerBot Mini 3D printer and the equivalent of 500 euro in free 3D printing services, succeeded in showing the many visitors of the 3D printing days conference what can be achieved with 3D printing. Items such as a set of 3D printed prosthetic legs for a crow, a resin based city puzzle, the highly intricate bone and vascular structure of a Francia Bulldog, amazing nylon sculptures and many more, amazed the public but also served as an incentive to push the limits of what can be manufactured today

To these designers, to the show’s organizers and to all the young entrepreneurs now getting into 3D printing retail and services, György Falk is a mentor and a teacher. “Although we have been working with 3D printing for a long time this is not a competition,” he explained over a delicious Hungarian lunch and wine at a typical nearby restaurant, “we all need to work together to build the future of manufacturing and help companies understand the advantages that 3D printing can bring to their businesses.” If the Hungarian market is now attracting investors such as Italy’s 3DZ, Formlabs and Arduino, if Budapest is now home to several 3D print shops and services, as well as a 3D printing show and design competition, a lot of the merit goes to him. 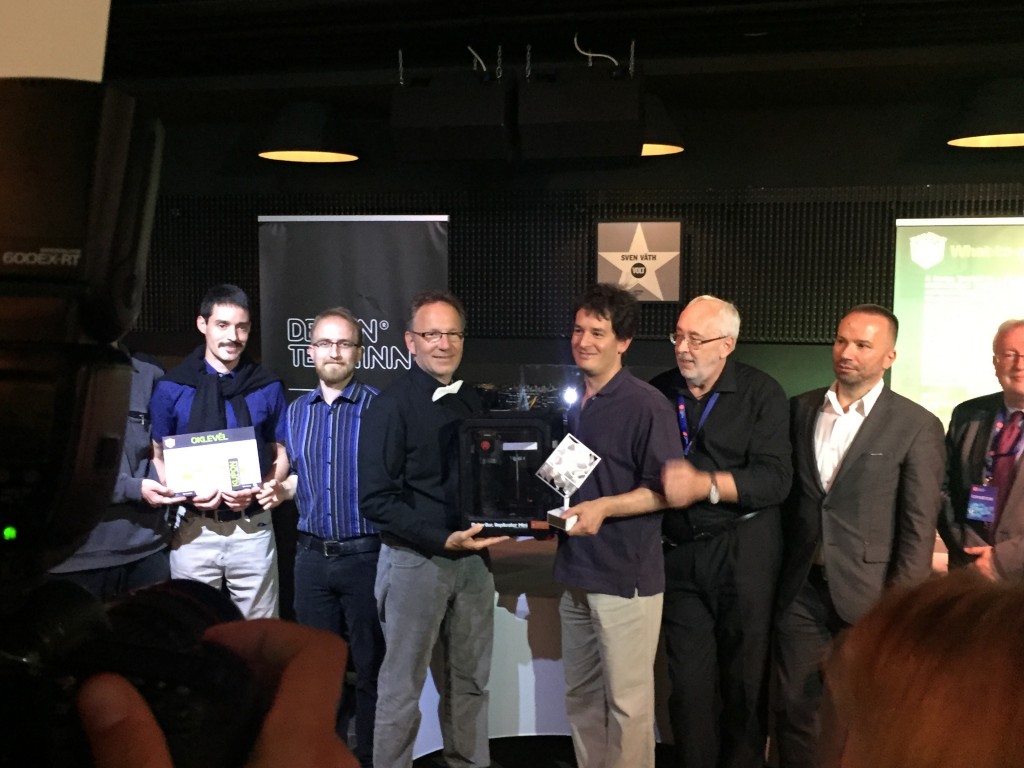