Tunapanda is a charity program that launched last year aiming to bring open sourced technology education to emergent economies in Africa. Their “education on a hard drive” has helped launch multiple computer learning centers in Kenya, Tanzania and Uganda, and now they are expanding and bringing 3D printing and new educational programs into the mix.

The original goal of Tunapanda was to make it easier for African students to use digital educational content in areas where digital content was difficult to access from the web. So Tunapanda created vast archives of open source programs that would be useful to students, and text and video tutorials that would speed up their familiarisation with new software. They gave their pilot school a hardware upgrade and setup a server with their collection of digital content and began creating a network of hubs in both rural and densely populated areas with access to a hard drive.

Tunapanda is a Swahili word that translates into “we are growing” or “we are planting”, and in the spirit of that they have decided to expand the scope of their original educational efforts. The new focus will bring cutting edge technologies to the learning centers with an emphasis on self-expression and creativity. They’re essentially going to be setting up maker hubs in Africa using the same model as their previous efforts. You can see some of the students who are benefiting from Tunapanda’s education hubs here:

Teaming up with the Human Needs Project – who recently won a re3D Gigabot 3D printer – Tunapanda has begun developing a region-specific 3D printing educational curriculum. With access to such a large format 3D printer they have begun brainstorming ways that local communities can put the Gigabot to best use. Currently using it to repair damaged medical equipment and creating custom water piping are being explored as options, but they want to open it up to the entire community hoping it inspires them to use the giant 3D printer to help their community in new ways. 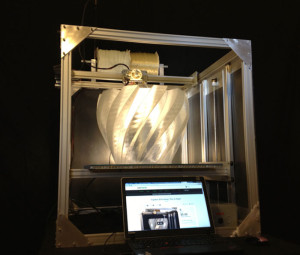 Rather than create software specific training packages, Tunapanda is focusing on what they call a holistic method of educating. The hope is that rather than educate on a single specific program, they can teach skills that allows students to sit down in front of any software and through use and experimentation be able to teach themselves to use it. While they have recently opened a facility in Nairobi to train teachers to educate using the hubs, they are also developing new structured learning paths.

These learning paths will be constructed similar to a game, where students earn points and badges while they progress through the educational curriculum. This allows them to complete educational material at their own pace and not be tied to a teacher’s lesson plan. Not only will it allow them to follow the education path that most closely aligns with their own strengths, but it gives them the ability to experiment and develop their own passions and interests independent of their classmates. Because it is completely open sourced anyone can adapt it to suit their specific, individual needs. 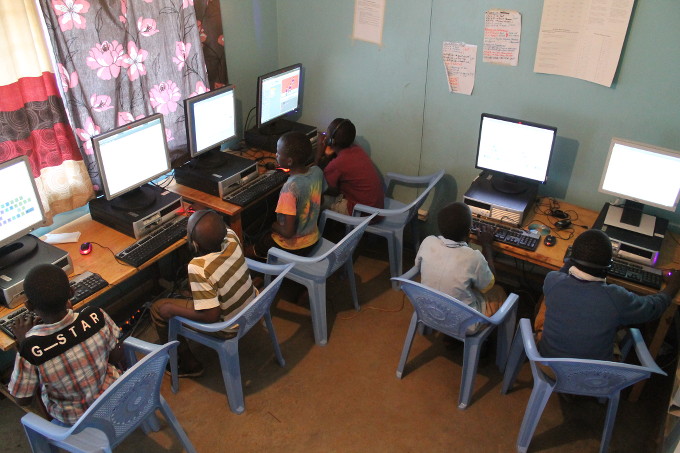 The reason that everything is open source is more than a philosophical choice, although that has a role to play as well. However, the main driver for the project being open source is that it allows the Tunapanda model to spread throughout the region into low-income areas without requiring them to essentially pirate illegally reproduced software. Tunapanda also feels that creating a culture where everything is open source and freely-licenced will foster cooperation and the sharing of ideas.

While the Tunapanda model will eventually become self-sustaining they are currently maintaining operations thanks to crowdfunding efforts and donations. So if you would like to help Tunapanda continue to deliver their educational content to Africa you can donate here. If you would like to help the continued development of the software archive and curriculum you can check out their GitHub page.