Finally, a chance to brush up on my Spanish! *Blows on fingernails arrogantly and wipes them off on collar for some reason* Ideaz 3D is the first 3D printing shop, that I’m aware of, in Mexico.  Located in Hermosillo, Sonora, Mexico, Ideaz 3D doesn’t yet sell 3D printers, but they do provide 3D printing related services. 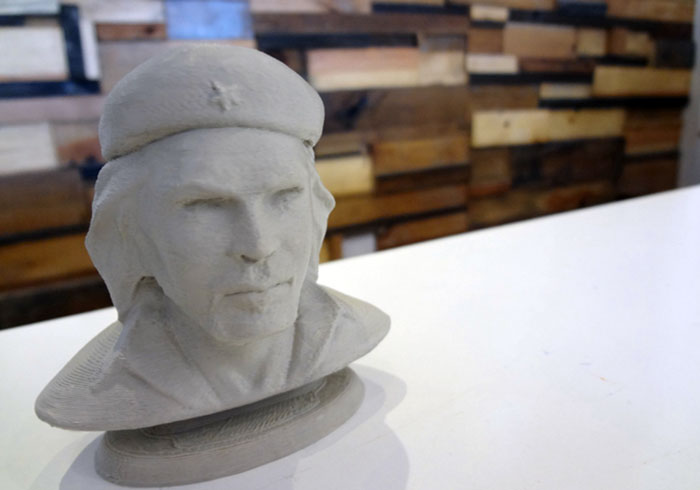 Walls of white against interlocked boards of wood and a range of plug-n-play 3D printers give Ideaz 3D the appearance of a consumer-friendly service bureau.  Founded by Carolina Munguía with her husband Javier Munguía, the firm offers a range of services, including prototyping and designing, but Ideaz 3D is probably best known, at this point, for its ability to scan and print. 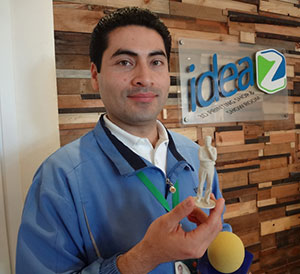 They’ve already scanned several news reporters, stopping by from Mexican television networks, as well as a number of clients using their Kinect + turntable set-up.  Not unlike the process used in The Great Fredini’s 3D printing portrait booth at Coney Island, patrons can be rotated on a turntable and scanned with a Microsoft Kinect to produce accurate 3D models.  The firm then prints the figure using one of its many established 3D printer brands on the market: Ultimakers 1 and 2, the 3D Systems Cube, and Makerbot Replicators 2 and 2X.  This gives them the ability to print multiple objects simultaneously, with the Replicator 2X allowing them to print in multiple colors or materials.  Watch one of many Mexican news reports on the shop below:

Though the shop may be the first of its kind in the country, it is not the first 3D printing venue in Mexico. A long list of hackerspaces have been established in the country, so it’s possible that some of them use 3D printers.  Along with online Mexican retailers, such as MakerMex and Robtec, Ideaz 3D represents the rising popularity of 3D printing in the country.  If Rachel is right in her estimation that local 3D printing companies are doing well locally, we could see the Mexican 3D printer market become somewhat insulated, too, so that domestic businesses can thrive in their own regions, without striving to become giant industry leaders.