Following up on Mike’s great post, it’s my pleasure to be able to report that Fred Kahl, aka ‘The Great Fredini’, the ex sideshow performer, has recently successfully funded his Kickstarter campaign for the 3D printing portrait studio in Coney Island. This campaign, which was originally rejected for being too much of a business proposal, was accepted a month ago after being resubmitted with a greater focus on being an artistic venture. Fredini hopes to reconstruct an accurate model of Luna Park in the spirit of preserving Coney Island history and then intends to populate it with 3D portraits of Coney Island visitors. The final installation is expected to be put on display in 2014.

Fred has now succeeded in reaching the $15,000 goal. Backers were given a few pretty cool reward options including visiting his studio in Coney Island or at an event and get a 3D portrait (or several!). The option I most found interesting is the “Freak of your choice” reward in which you can choose to receive a 3D print from a calvaclade of Coney Island characters. 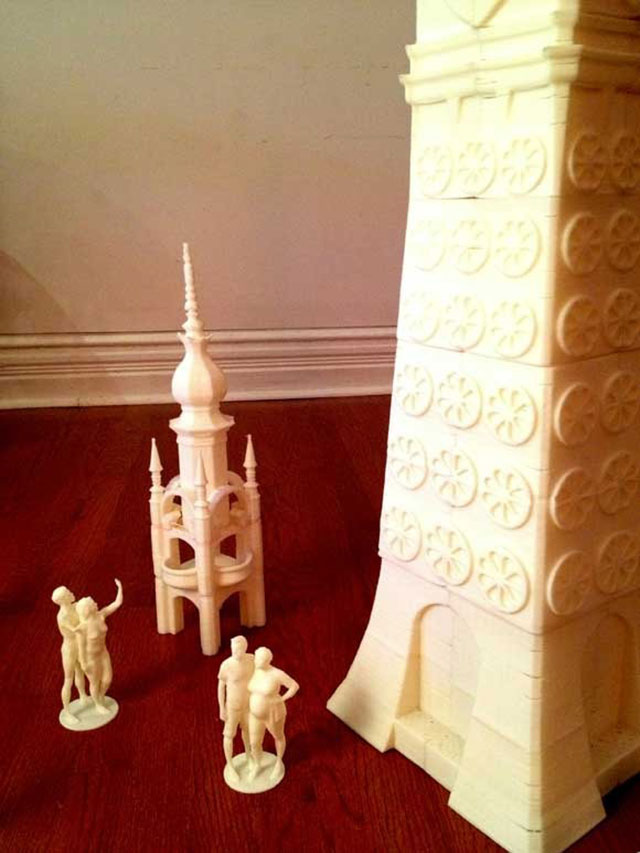 I’ve actually been following Fredini’s work for a while now. I came upon him after I had built my own full body scanner [openskan.org] and was in the market for a more reliable 3D printer. As I was researching the SeeMeCNC RoStock max I found pictures of his early test prints. Though I went with a Makerbot Replicator 2, as some avid readers may remember, I was intrigued by Fedini’s spirit. I’ve been in love with the idea of a Digital Carnival ever since my participation in Emerge, a digital arts festival, when the theme was centric around the future of humanity and a digital carnival. The Coney-Island-Scan-A-Rama may just be a place to get scanned with a kinect on a dolly and get yourself a 3D action figure, but it carries on that spirit of carnivalia with a digital twist. I’ll end here by giving praise to Fred Kahl for keeping his word and sourcing the remainder of his rig, in the spirit of open hardware.

Moheeb Zara is currently studying Computer Science at Arizona State University in Tempe. Outside of college Moheeb is constantly constructing machines, making custom electronics and fabricating various custom items as a member of a community workspace called HeatSync Labs, with a specific interest in 3D design, 3D scanning and 3D printing. He has worked with professional grade 3D printers as well as entry-level FFF machines.