Thor 3D has recently come to the aid of Triton LLC.

Sounds like an epic story of two gods, doesn’t it? The God of Thunder who came to rescue the Messenger of the Sea.

Triton LLC is a Russian Tub and Jacuzzi manufacturer, with over a hundred bathtub models, each with their own unique shape and size. Each model has its own “matrix”, aka “master shape” which is used as a base to create a new product. You can imagine how much space one tub can take up, let alone hundreds. 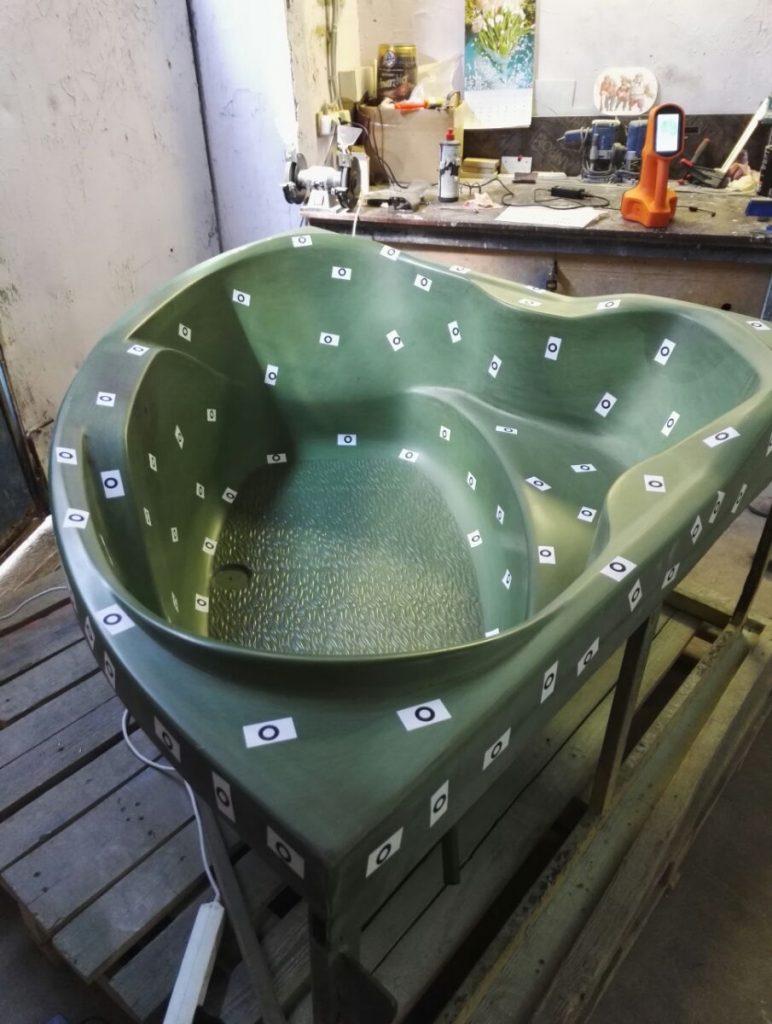 To create an actual bathtub from a matrix, an acrylic sheet is heated and pressed against it, before being cooled. Sadly, the aluminium or composite material matrix used to create a new bathtub can only be used for around 3 years, creating around 8000 identical bathtubs. They make a lot of tubs within their lifespan, but as the matrix wears out, it starts to impact the finished product.

Triton made their new matrices entirely by hand, which makes incredibly hard to replicate every curve and shape exactly the same as the last matrix, especially when there is no CAD model to use as a reference.

That’s when they called on Thor 3D for help to reverse engineers all of their matrices with the idea that in three years, they won’t have the issue they were having.

To do this, Thor 3D used their scanner and stickers with black circles on them as markers that were stuck onto each matrix. Scanning the entire object took only two minutes, though in order access the whole of the matrix, it had to be placed in the middle of the work space which was somewhat troublesome as the matrices are known to weigh a fair amount. Sunlight also made scanning a challenge, as it would flood the scanner with light, amking it very hard to get an accurate scan of the matrix. Thankfully, that was easily solved by covering up any unnecessary light by closing appropriate doors. A CAD model would then be made from the scan. 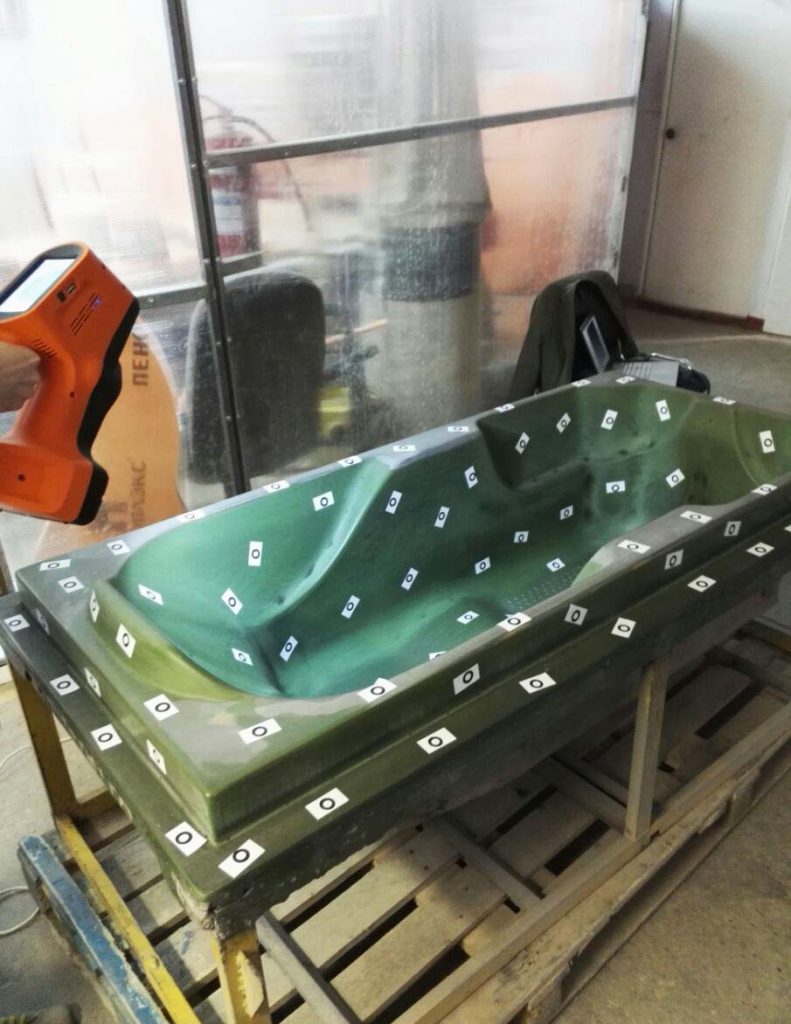 By scanning the matrices like this, a 7 and a half day job was quickly turned into a 3 hour job.

The data was converted to .STEP format using a special plug-in as part of the program SolidWorks. The final data will be used to create new matrices for bathtubs and Jacuzzis. It is hoped that they will be manufactured using faster and more accurate methods instead of by hand, by using the CAD models that were created. 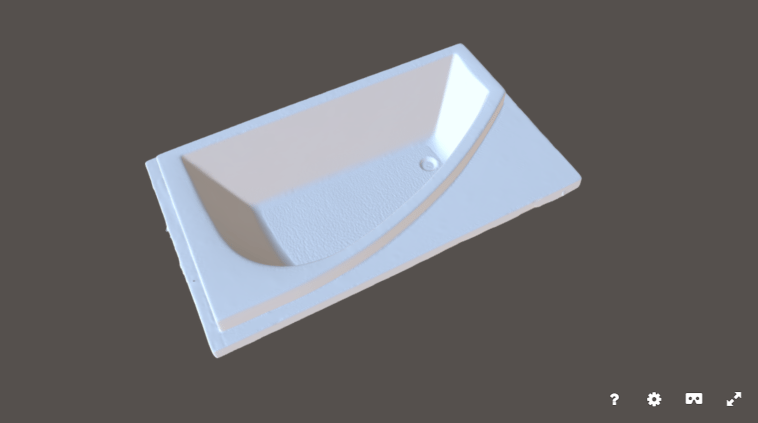 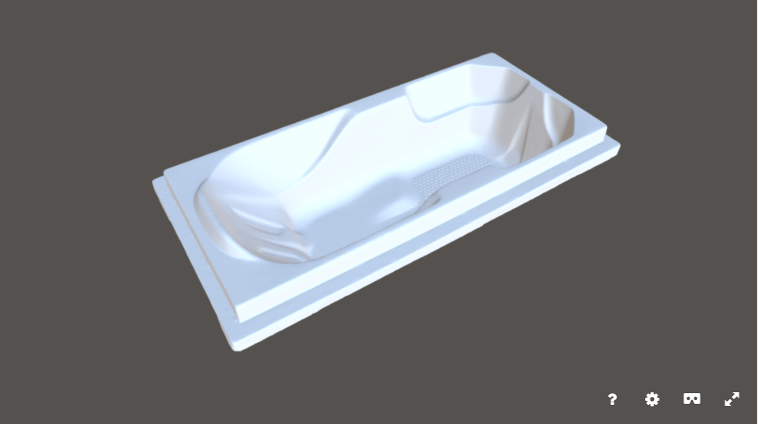 These 3D Models can be found here and here